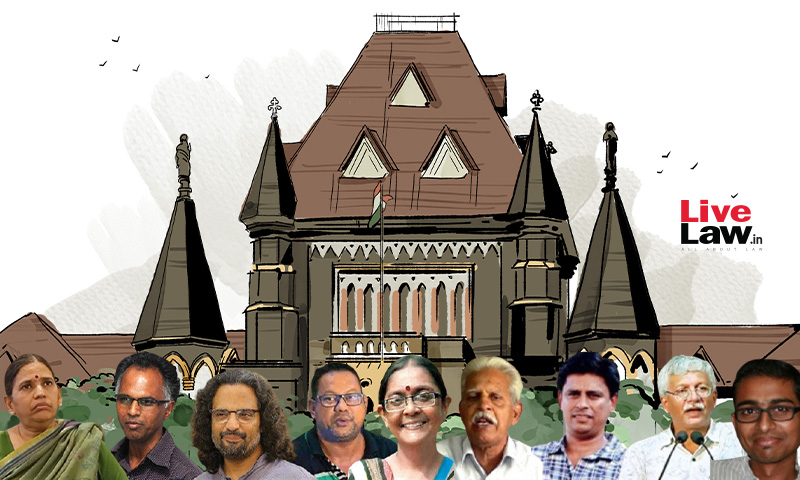 In its detailed order granting default bail to Sudha Bharadwaj the Bombay High Court said that Additional Sessions Judge of Pune KD Vadane was not authorized to extend the time for Pune Police to file the charge sheet under the provisions of the UAPA Act on November 26, 2018 and therefore she was entitled for default bail.The Additional Sessions Court, Pune was not notified as a Special...

In its detailed order granting default bail to Sudha Bharadwaj the Bombay High Court said that Additional Sessions Judge of Pune KD Vadane was not authorized to extend the time for Pune Police to file the charge sheet under the provisions of the UAPA Act on November 26, 2018 and therefore she was entitled for default bail.

The Additional Sessions Court, Pune was not notified as a Special Court under the NIA Act and hence it had no competence to pass the order extending time for investigation.

Significantly, denying default bail to eight accused in the Bhima Koregaon – Elgar Parishad Case the High Court said that unlike Bharadwaj, they had failed to file default bail applications or had not filed the applications in time.
The eight accused are Sudhir Dawale, Dr P Varavara Rao, Rona Wilson, Advocate Surendra Gadling, Professor Shoma Sen, Mahesh Raut, Vernon Gonsalves and Arun Ferreira. They were arrested between June – August 2018.
The pleas were filed under sections 439, 193, 482 and 167(2)(a)(i) of the Criminal Procedure Code read with section 43D(2) of the Unlawful Activities Prevention Act.
Regarding Bharadwaj's case, the High Court rejected the National Investigation Agency and Maharashtra Government's claims that the bail plea was pre-mature and not filed after 90 days. The Agency claimed that Bharadwaj had wrongly also taken the period she spent under house arrest into consideration while filing her default bail plea.
The court relied heavily on the Supreme Court's judgement in Bikramjit Singh v. State of Punjab where the bench held that all offences under UAPA, whether or not investigated by NIA, are to be tried exclusively by Special Courts under the NIA Act.
"In the case at hand, with the declaration that the learned Additional Sessions Judge (Shri K.D. Vadane) had no jurisdictional competence to extend the period of detention under section 43-D(2)(b) of UAPA, the very substratum of the prosecution case that the right to default bail did not ripe into an indefeasible right, as the period of detention was extended, gets dismantled."
"Once, the twin conditions of default in filing the charge-sheet, within the prescribed period, and the action on the part of the accused to avail the right are satisfied, the statutory right under section 167(2) of the Code catapults into a fundamental right as the further detention falls foul of the personal liberty guaranteed under Article 21 of the Constitution," the court said.
A division bench of Justices SS Shinde and NJ Jamadar, however, observed that Judge Vadne's act of taking cognizance of the charge sheet, despite not being authorized to do so, would not vitiate the entire proceedings.
The court thus answered the two questions framed as follows-
(i) Extension of period of investigation and detention of the applicants by order dated 26th November 2018 by invoking the first proviso under section 43-D(2) of UAPA, by the learned Additional Sessions Judge was not by a Court of competent jurisdiction.
(ii) Consistent with the enunciation in the case of Bikramjit Singh (Supra) and in the face of undisputed position of existence of Special Court at Pune, the charge-sheet ought to have been lodged before the Special Court. However, the act of taking of cognizance, by the learned Additional Sessions Judge (Shri K.D.Vadane), does not entail the consequence of the vitiation of the entire proceedings.
As for the remaining accused, the High Court held that they had not filed an application for default bail within after the expiry of initial period of 90 days from the date of their production till the filing of the first charge-sheet in the case, on 15th November or the second charge sheet where ever applicable.
It was their case that they were detained for over 180 days without a competent court having taken congnisance of the offences.
"A crucial condition of 'availing of' the right so as to cement it as an indefeasible right, has not been fulfilled and the right stood extinguished by the filing of the charge-sheet on 21st February 2019. Failure to take cognizance or defect in jurisdiction in taking cognizance, once the charge-sheet was laid, does not entail the consequence of default bail", the Court observed.
Charge-Sheet not non-est
The court noted that the petitioners had questioned the Special Court's jurisdiction at the initial stage by claiming they should've been produced before a Magistrate.
However, the court said that without material to show "failure of justice," an Additional Sessions Judge taking cognisance of a scheduled offence like UAPA, "cannot be exalted to such a pedestal as to hold that the very presentment of the charge-sheet by the investigating agency is non-est in the eye of law."
Therefore, it was not persuaded to accede to the submission on behalf of the applicants that judge KD Vadane's taking cognisance "would entail the consequence of no charge-sheet at all having been filed".
Court has to Apply its Mind before Ordering Further Detention
The court noted that the legislature seems to have consciously decided that only a court vested with powers try offences under UAPA could extend an accused's period of detention. Which meant granting the investigating agency nearly 180 days to probe cases UAPA, beyond the 90 day period.
"The exercise of the power to extend the period of detention is thus not envisaged as a matter of routine. The Court is expected to apply its mind to the necessity of further detention and extension of period of investigation. This implies that the said power shall be exercised only by the Court which is vested with special jurisdiction by the statute."
The court held that the case would be completely different had there not been a special court under section 22 of the NIA Act constituted to adjudicate scheduled offences of UAPA under the NIA Act. However, since there was a special court constituted in Pune a the time, Judge Vadane's order extending Bharadwaj's period of detention can only be said to be without jurisdiction.
Click here to read/download the judgment
Tags#Bombay High Court Bhima Koregaon-Elgar Parishad Case Sudha Bhardwaj Sudhir Dhavale #Varavara Rao Rona Wilson Surendra Gadling #Shoma Sen Mahesh Raut Vernon Gonsalves UAPA #NIA Default Bail Justice SS Shinde Justice NJ Jamdar
Next Story
Similar Posts
+ View more
Law Firms
+ More