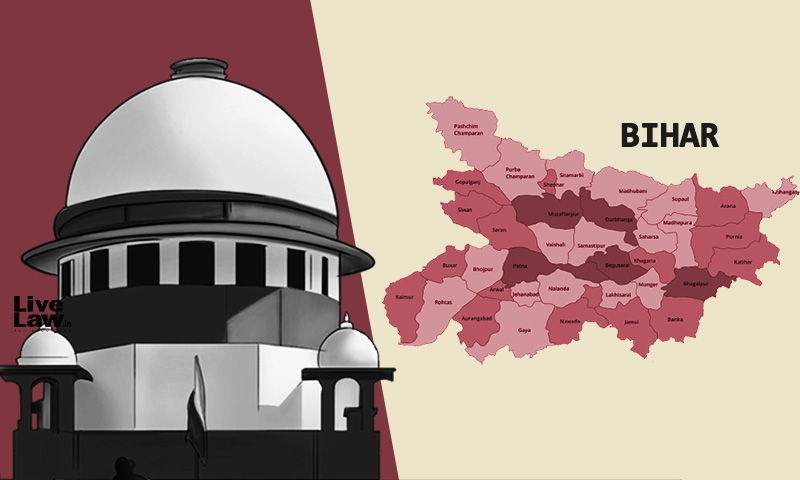 The creation of special courts for the purpose of trying cases under the Bihar Prohibition and Excise Act, 2016 was ‘a long distance away’, the Supreme Court observed on Monday. A division bench comprising Justices Sanjay Kishan Kaul and Abhay S. Oka was deliberating on the issues of the grant of bail and pendency with respect to the offence of liquor consumption, as well as the additional infrastructure being built and manpower being deployed to handle the ‘burgeoning’ cases of detenue seeking bail in these excise matters. These larger questions had emanated from an ordinary special leave petition for anticipatory bail in which the court had found no merit, even though it elected to keep alive these issues of greater significance. Expressing disapproval over the delay in enhancing the judicial infrastructure, the top court order dated January 23, 2023 read, “We are still at the stage of planning the infrastructure.”

In an earlier order, the court noted, “74 Special Courts have been set up in the State of Bihar in 2019, 140 vacancies, including 74 for special courts, were advertised, out of which 106 posts were filled vide Notification dated 01.10.2021. The fresh vacancies have been advertised and the recruitment process is on. The State of Bihar is also stated to have appointed the sanctioned posts for support staff which have also since been advertised. The recruitment process is, however, accepted to be completed only in August 2023 and three lakhs applications have been received. The Patna High Court has also approved the map of construction of buildings for special Courts. Learned senior counsel for the State will obtain instructions to specify the schedule for construction of the Special Courts.”

In Bihar, under the excise act, there is a complete prohibition on the manufacturing, bottling, distribution, transportation, collection, storage, sale, possession, purchase of any intoxicant liquor. Consumption of liquor is also banned in the state with Section 37 of the Act imposing a penalty on delinquents. In August 2022, the government told the court that as on May 11, while a total of 3,78,186 cases had been registered and trial commenced in 1,16,103 cases, trial was concluded in only 2,473 cases leading to the acquittal of 830 accused and the conviction of 1,643 accused persons. “There is an acquittal rate of almost 1/3rd of the cases. The trial concluded is a small fraction of the total number of cases and at same pace, when the cases are filed, there will be, in our view, a burgeoning of cases to the extent making it unmanageable,” the bench observed, while highlighting the pressing need for special courts and judicial officers to deal with such excise matters.

In March of last year, the liquor prohibition law was amended to let off first-time offenders with just a fine, after the top court expressed its concern about the surge in arrests leading to the overburdening of the judicial apparatus. The government also urged the High Court to confer the powers of a second class judicial magistrate on district collectors, but this proposal was not accepted. The High Court had taken the view that the proposal of the Government to designate the judicial magistrate to try the offences was in conflict with Section 37 that empowered the executive magistrates to discharge the responsibility. The court had sought the government’s response to resolve the deadlock. On Monday, while granting an additional week to the counsel for the state government to obtain instructions, the bench said, “Prima facie it appears that the stand of the High Court may have merit but subject to what learned counsel for the State has to submit. Learned counsel for the State requests for a week’s accommodation to obtain requisite instructions, otherwise we will examine the aspect and pass necessary orders.”

The problem of the illicit liquor trade and consumption in Bihar is a longstanding issue, with hundreds of people losing their lives by drinking spurious liquor. This Sunday, three people died and six were hospitalised after consuming such liquor in Siwan district. In a previous case of hooch tragedy reported from Chhapra in Saran district in December, over 70 people were killed after consuming spurious liquor at a local establishment.