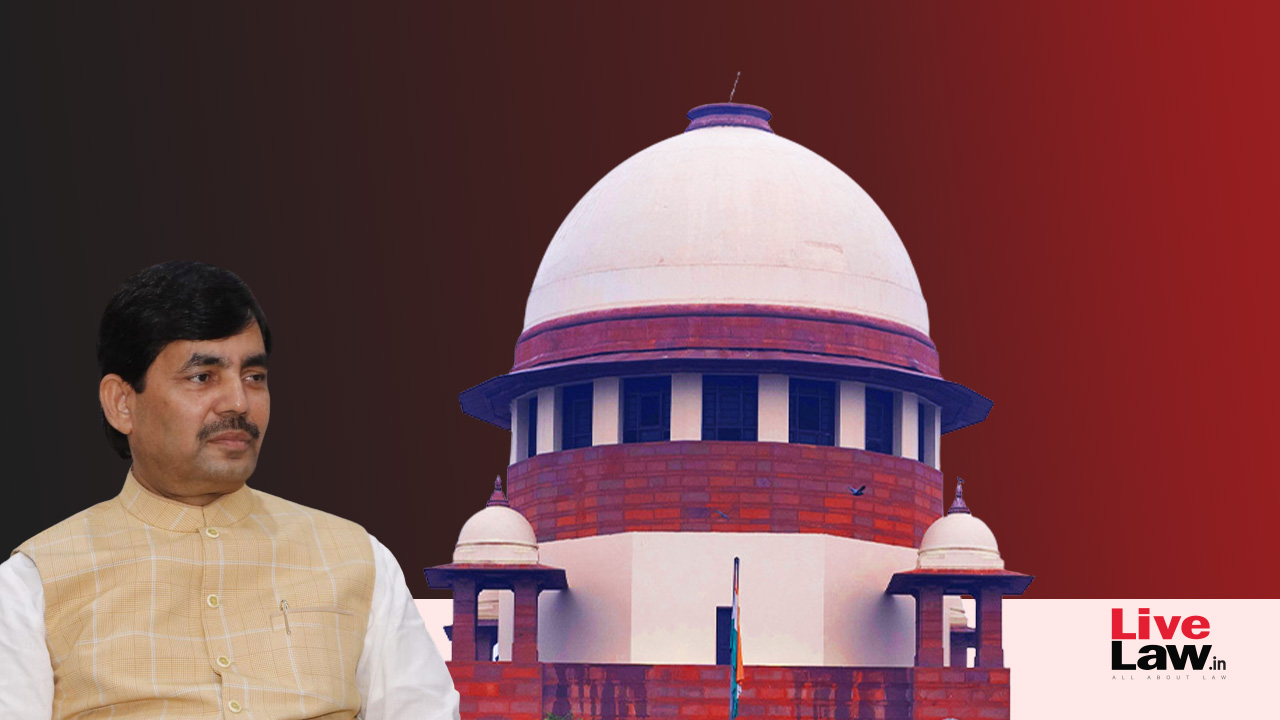 BJP Leader Syed Shahnawaz Hussain has moved the Supreme Court against yesterday's Delhi High Court order directing a registration of FIR against him in an alleged 2018 rape case. The matter was mentioned for an urgent hearing before the bench of Chief Justice N.V. Ramana, Justice Hima Kohli and Justice C.T. Ravikumar.

Advocate Mohit Paul, counsel appearing for Hussain, argued that if an FIR was registered against him, the petition would become infructuous. Further, it was submitted that Hussain had a 30-year-long career in politics and a registration of FIR would destroy his reputation. CJI Ramana agreed to listed the matter for next week.

A complaint was filed against BJP Leader, Syed Shahnawaz Hussain in June 2018, alleging commission of offences under Sections 376, 328, 120B and 506 IPC. The complainant later filed an application under Section 156(3) CrPC, seeking directions to the city Police for the registration of FIR. An action taken report (ATR) was filed by the city Police on 4th July, 2018 before the Metropolitan Magistrate (MM). It was concluded that as per the inquiry, the allegations raised by the complainant were not found to be substantiated. Here, Hussain had submitted that despite the receipt of ATR, the MM directed registration of an FIR. This order was upheld by the Special Judge which observed that the Criminal Amendment Act of 2013 had made it mandatory for the Police to record the statement of the victim in rape cases. Moreover, with regard to the registration of the FIR, it was concluded that the inquiry which had been made was only a preliminary inquiry and the MM had rightly not treated the ATR as a cancellation report. An appeal was filed against the order of the Special Judge dismissing his revision petition against the orders of the MM and directing registration of FIR.

The Delhi High Court observed that the complaint sent to the Commissioner of Police clearly disclosed the commission of the cognizable offence of rape after administration of a "stupefying substance". It also said that when the complaint was forwarded to the SHO, he was obligated under law to register the FIR. The court had directed that the police, on completing investigation, will have to submit a report under Section 173 CrPC in the prescribed format. While noting the "complete reluctance" on the part of city police to register the FIR, Justice Asha Menon had directed the investigation in the matter to be completed and a detailed report under Section 173 CrPC to be submitted before the MM within a period of three months.

Hussain has moved to the Supreme Court against this Delhi High Court, stating that the registration of an FIR against him would ruin his reputation. The matter is listed for next week.