'Line Between Freedom Of Press & Right To Privacy Has To Be Balanced': Bombay HC Directs Take Down Of Certain Content Against Shilpa Shetty 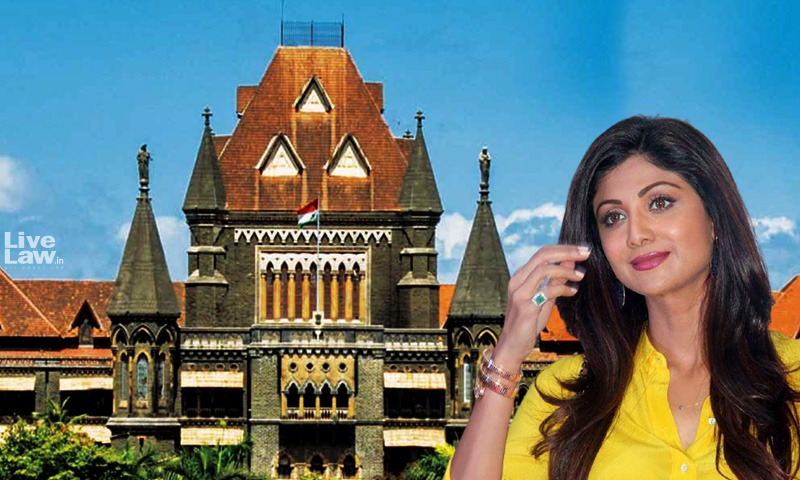 x
The order shall not be taken as a gag on the media, the Court clarified.

The Bombay High Court on Friday ordered the removal of certain videos from media and news channels, that are prima facie defamatory against actor Shilpa Shetty Kundra. The Court was hearing a 25-crore defamation suit filed by her in connection with her her husband Raj Kundra's arrest in a pornography racket."No part of this shall be construed as a gag on the media..." the...

The Bombay High Court on Friday ordered the removal of certain videos from media and news channels, that are prima facie defamatory against actor Shilpa Shetty Kundra. The Court was hearing a 25-crore defamation suit filed by her in connection with her her husband  Raj Kundra's arrest in a pornography racket.

"No part of this shall be construed as a gag on the media..." the High Court has observed.

There are 29 defendants in this case, including several websites, NDTV, Free Press Journal, Clapping Hands Private Limited, PeepingMoon.com, Facebook, Instagram, Google etc. Interim reliefs have been granted against 3 respondents- Capital TV, a channel from Uttar Pradesh; Heena Kumawat, claiming to be a friend of Shetty and Shudh Manoranjan, a YouTube channel.

"...The considerations in a defamation case, and the wide protection recognised for the Freedom of Speech and Freedom of Press will have to be balanced against the right of privacy. It is possible that the exceptions to free speech will have to be exceedingly narrowly tailored. But it is not possible to fail to recognise the constitutional under pinnings of the right to privacy nor to say that because a person is a public figure of some sort therefore that person must be deemed to have sacrificed his right to privacy."

It added, "I believe that some of the issues this Suit raises will require a closer scrutiny because it is not possible to say at this stage that all the statements by all the defendants are of the same defamatory stature."

Senior Advocate Birendra Saraf, appearing for Shetty, had complained that videos uploaded on the internet by Capital TV, Shudh Manoranjan, Heena Kumawat and Peeping Moon; are per se defamatory.

Finding merit in the argument, the Court directed Capital TV to take down their video. Heena Kumawat from Film Window and Shivkant Gautam of Shudh Manoranjan were directed not to re-upload their videos.

"Unfortunately Defendant 17 (Capital TV) has in the latter part actually gone ahead to make a statement about Ms Shetty's reaction which clearly portrays her as being duplicitous at a personal level. This is, in my view, is transgressing any permissible limit as Ms Shetty seems to have been found guilty by whom, no one knows & of what, no one knows & for what reason, no one knows."

It added, with respect to the video uploaded on Shudh Manoranjan channel,

"Transcript of this video shows that what is included in the course of the video is a statement on moral standing of Shetty. He went on to the quality of her parenting to her minor child. Whether this malicious or made knowingly to be false is a matter of consideration. But I am told that the defendant has taken done the video this morning. Taken down, it shall remain!"

So far as Kumawat is concerned, the Court recorded an undertaking of her lawyer that the impugned video has been taken down and shall not be uploaded again.

"I am making no order but this is also not a refusal for interim or ad interim. The material posted by Defendants 17 and 19 seems to be prima facie defamatory even at this stage. Certainly, Ms Shetty has not been approached for her comments."

"In any case, none of this should involve or be allowed to involve Miss Shetty as a parent. That right is protected by the law on privacy," Justice Patel observed.

During the course of the hearing, the Judge observed that the news reports pertaining to an episode that allegedly happened between Shetty and her husband in their house. However, the same happened in the presence of others. Thus, the Judge observed that "there is some tension between what is mentioned in the Puttuswamy case and the right to freedom of speech & expression" in this case.

"All that I ask is that they should be asked to take these posts down. That's all," Saraf submitted.

"Reporting of something that the Crime Branch said or a police source said & is never defamatory. That's never defamation", Justice Patel had observed during the hearing.

The judge added, "What you are asking me to do can have a very chilling effect of the freedom of the press."

The bench asked Saraf as to how can a blanket restraint order be passed against unknown persons who are yet to be named as defendants. When Saraf pointed out to certain defamatory reports, the bench said that each report has to be analyzed individually on its own merits.

"I'm not going to take one defendant's view and apply it to everyone", Justice Patel said.

Senior Advocate Birendra Saraf appeared for Shetty in her suit which alleged that ever since Kundra's arrest, several social and electronic media and news websites have resorted to sensationalism and are focused on smearing her reputation to increase their readership and free-ride on her popularity.

"That once besmirched by an unfounded allegation in print media and its quadrupled circulation on the electronic media, a reputation can be damaged forever, especially if there is no opportunity to vindicate one's reputation," Shetty said in her plea.

Shetty through Parinam Law Associates had sought ad-interim reliefs of restraining defendants from publishing defamatory content in any manner whatsoever, directing the concerned media organisations to delete the defamatory articles forthwith and issue an unconditional apology, admitting that the articles were unsubstantiated.

She accused media houses of invading her privacy and interfering in her personal life by publishing incorrect and derogatory statements concerning her life and relationship with her husband.

"These websites of the Defendants are freely accessible by any and every person and there is no requirement of any prior subscription to access the articles and comments posted on the Defendant's website. Thus, the defamatory content published by the Defendants as set out herein below is freely available to the world at large," the plea states.

The concerned organisations should be jointly and severally ordered and decreed to pay Rs. 25 Crores by way of damages together with interest thereon @ 18% p.a from the date of filing of the suit till payment, Shetty seeks as final reliefs.