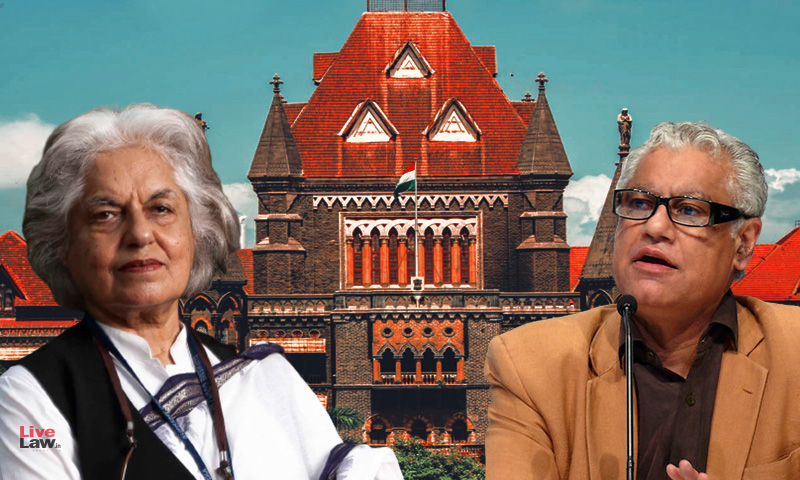 In an interim relief to renowned NGO 'Lawyers Collective' and its founder-trustee Senior Advocate Anand Grover, the Bombay High Court on Wednesday directed the Enforcement Directorate to not insist on their appearance till December 14.A division bench of Justice SS Shinde and Justice MS Karnik was hearing the writ petitions filed by 'Lawyers Collective' and Grover challenging the summons...

In an interim relief to renowned NGO 'Lawyers Collective' and its founder-trustee Senior Advocate Anand Grover, the Bombay High Court on Wednesday directed the Enforcement Directorate to not insist on their appearance till December 14.

A division bench of Justice SS Shinde and Justice MS Karnik was hearing the writ petitions filed by 'Lawyers Collective' and Grover challenging the summons issued to them by ED in the Prevention of Money Laundering Case against the NGO which is known for its work in the field of human rights.

As per the summons, the petitioners were asked to appear before the agency on November 26.

Yesterday, a bench of Justices SS Shinde and MS Karnik had asked the Assistant Solicitor General to get instructions on whether the ED summons can be deferred having regard to the fact that Senior Advocates Indira Jaising(another founder-trustee of the NGO) and Grover had just recovered from COVID-19.

On Wednesday, ASG Anil Singh submitted before the bench that the ED will not insist on the petitioners' appearance tomorrow. However, the ASG urged the bench not to record his statement.

The lawyers of the petitioners - Senior Advocates Amit Desai, Aspi Chinoy and Siddharth Luthra - insisted that the statement must be recorded.

"The department may not be generous as the Asst Solicitor General', Amit Desai submitted.

"There is no question of passing any order or recording any statement when I am saying this. Your lordships must trust me. My learned friends must trust me", ASG Anil Singh insisted.

"It is not a question of trust. The statement made in the open court needs to be recorded.This is a question of personal liberty", Senior Advocate Aspi Chinoy submitted.

The senior lawyers on behalf of the petitioners submitted that failure to comply with the summons will lead to penal consequences under the PMLA Act.

Ultimately, the bench passed the interim order restraining ED from insisting on the personal appearance of petitioners till the next date of hearing.

Chinoy : Matter involves personal liberty. This cannot be on the basis of an unofficial statement.#LawyersCollective #BombayHighCourt

The ED issued fresh summons to the petitioners on November 6 and the present petition was filed thereafter. The petition states-

"The current PMLA proceedings initiated by the Enforcement Directorate in relation to the Lawyers Collective, and the ECIR (impugned ECIR) is based entirely on the predicate FIR, and there is no new material with the respondents whatsoever."

The ED case under the Prevention of Money Laundering Act came after the CBI registered an FIR against Lawyers Collective last year for alleged violations of the Foreign Contributions Regulation Act.

The CBI FIR was registered after the Supreme Court issued notice in a PIL filed by an NGO named 'Lawyers Voice' demanding probe against Lawyers Collective. Soon after the CJI-led bench issued notice in the PIL, Jaising issued a statement suggesting that she was being targeted for demanding due enquiry process in the sexual harassment allegations against the CJI Ranjan Gogoi.
Last year, the Bombay High Court stayed the coercive steps in the CBI FIR against "Lawyer Collective" after observing that there was no new material against them.
The High Court noted that CBI had relied upon the same inspection report of 2016 on the basis of which NGO's FCRA registration was cancelled. Since the appeal is still pending, Court said-