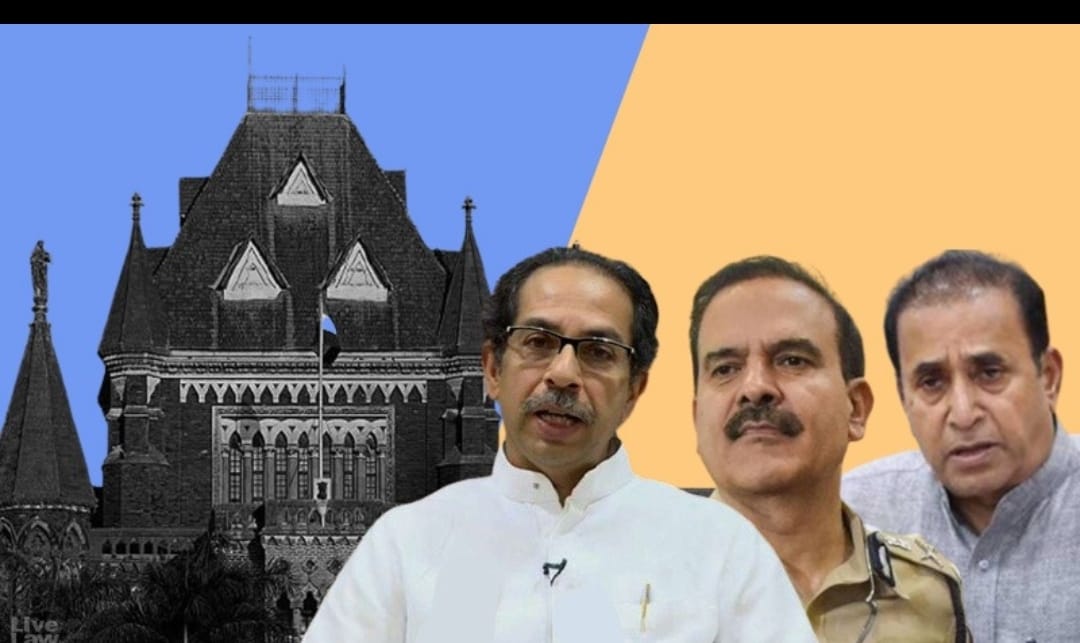 The Bombay High Court on Tuesday dismissed the petition filed by the State of Maharashtra challenging the portions of CBI FIR relating to the transfers & postings made by the former Home Minister Anil Deshkmukh, who had resigned following corruption allegations made by ex-Mumbai Police commissioner Param Bir Singh.

The petition filed by the State of Maharashtra had sought to quash two paragraphs from CBI's corruption FIR against former Home Minister Anil Deshmukh and unknown others.

A division bench of Justices SS Shinde and NJ Jamadar pronounced the verdict.

"The investigating agency can legitimately investigate the transfers and posting connected to Mr Anil Deshmukh and his associates, keeping in view the observation made in the Division Bench", the bench said.

The Court also rejected a prayer for stay of the judgment made by the State Government after the pronouncement saying that it would amount to interfering with the investigation which is underway.

"The Investigation agency can in our view legitimately inquire in our view into the aspect of transfer and posting of police officers so also reinstatement of Waze after 15 years to the extent those tranfers and postings have the nexus with the alleged offences against the then home minister and his associates", the Court said in the order.

At the same time, the bench added : "Conversely, the observation of the Division bench cannot be construed as to give unfettered authority to the CBI to inquire into the transfers and postings of the police officers generally, which do not reflect on the alleged act and conduct attributed to the Home Minister".

In parting, the bench said :

"We part with the assurance that officers of Delhi Special Police Establishment (CBI), a premier investigating agency, are and must be fully aware of their responsibility. The duty of the police constituted under either the state enactment or special act, is to serve none but the law".

Full copy of the judgment is yet to be uploaded.

The bench had reserved the petition filed through the Additional Chief Secretary of the Home Department, for orders, on June 23, 2021.

The first of paragraph sought to be expunged pertains to Deshmukh's knowledge of now dismissed Assistant Police Inspector - Sachin Waze's reinstatement in the police force, in June 2020, and the second is regarding corruption and political influence in police transfers.

The State argued that the two paragraphs of the FIR were not mandated to be investigated as per April 5, 2021, Bombay High Court order and doing so without the State's consent was a flagrant violation of the law and an attempt "destabilise the present government in Maharashtra."

The CBI had registered an FIR on April 21, after the Bombay HC directed the agency to conduct a Preliminary Enquiry into the Rs. 100 crore corruption allegations against Deshmukh levelled by former Mumbai Police Commissioner Param Bir Singh in his letter to the Chief Minister on March 20, 2021.

The HC's order was specifically passed on an Advocate Jaishri Patil's plea to investigate Singh's letter, based on her complaint to Malabar Hill police station. The HC had granted the CBI liberty to decide the future course of action based on the findings of the PE.

During the hearing the court sought to know when was Singh appointed as the CP of Mumbai and when did he make the allegations against Anil Deshmukh.

Senior Advocate Rafique Dada for the State informed the court that Singh made the allegations on March 20, 2021, a year after he was appointed as Mumbai CP on February 29, 2020.

Solicitor General Tushar Mehta for the CBI argued that the agency would be failing in its duty if it did not investigate into the two paragraphs. "This is not only within our domain but it is the mandate."

However, Dada argued "We are not just fighting for the morale of the policemen who will be totally demoralised (if the CBI is allowed to investigate all police transfers); but also for the sanctity of our investigations."

He went ahead to indicatively say that the CBI was, in fact, attempting to protect Singh as the state was examining Singh's conduct for heading the committee that reinstated Waze after the latter was arrested in the Ambani TerrorScare Case.

"Every matter has a short point, and here, it is the interpretation of the mandate given by the High Court. The High Court did not order the Preliminary Enquiry on the petition of Dr Patil but on the complaint of Dr Patil, which had Param Bir Singh's letter attached. That was the mandate of the court."

"He didn't do anything till the time he was transferred," Dada submitted.

Dada asked if Waze's reinstatement, Rashmi Shukla's letter, transfers and postings issue, allegations of Rs 100 crore extortion from bars – could all be part of the same transaction.

Mehta said there are specific allegations in Param Bir Singh's letter regarding large scale malpractices in the Home Minister's office related to transfers. He added that Waze is also mentioned in Param Bir's letter.

The Solicitor General submitted that the two paragraphs under challenge are "intrinsically linked" to the corruption allegations against Deshmukh and the State was in "contempt" of the Bombay High Court's April 5 order by not providing documents related to police transfers sought by the agency.

"The petitioners failed to provide the required documents to CBI and their reservations in providing the said documents/ records to CBI for investigation, on the pretext of something or the other gives an impression that the petitioner intends to conceal something incriminating against the then Home Minister Sh. Anil Deshmukh and others," Anil Singh argued.

The state approached the court after the CBI sought the letter report of the then Commissioner State Intelligence department - Rashmi Shukla - dated August 28, 2020, regarding alleged malpractices in posting of police officers. She had recommended a high-level inquiry. The CBI also sought minutes of the meeting of Police Establishment board.

In an eight-page letter to CM Uddhav Thackeray on March 20, Param Bir Singh accused Deshmukh of holding meetings with subordinate police officers, including dismissed API Sachin Waze, and seeking a collection of Rs 100 crore from the 1750 bars and restaurants in Mumbai. The CBI said he also accused him of other misdeeds.

On April 5, 2021 the Bombay High Court disposed of a clutch of petitions including a writ petition filed by Advocate Jaishri Patil and a PIL filed by Param Bir Singh in a single order and directed the CBI to conduct a preliminary inquiry into corruption allegations against Maharashtra Home Minister Anil Deshmukh.