Breaking- Conviction In A Non-Compoundable Case Can't Be Set Aside By HC U/S482CrPC On The Ground Of Compromise Except In Rarest Of Rare Cases: Bombay HC (FB) 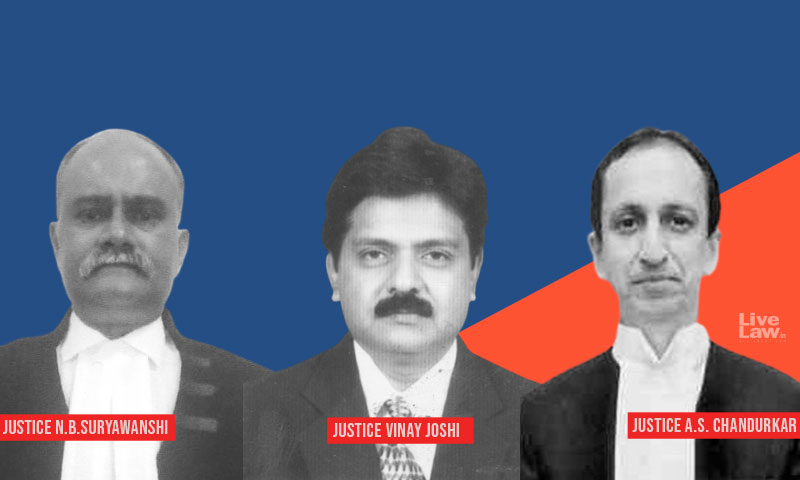 In a significant judgment, a Full Bench of the Bombay High Court, [Nagpur Bench] on Tuesday held that the High Court while exercising the inherent powers under Sec. 482 CrPC cannot set aside the order of conviction of accused in a non-compoundable case merely on the ground that the accused and complainant had arrived at a compromise at a post conviction stage. However the same can...

In a significant judgment, a Full Bench  of the Bombay High Court, [Nagpur Bench] on Tuesday held that the High Court while exercising the inherent powers under Sec. 482 CrPC cannot set aside the order of conviction of accused in a non-compoundable case merely on the ground that the accused and complainant had arrived at a compromise at a post conviction stage.

However the same can be done only in the rarest of the rare cases depending upon the individual facts and circumstances of each case.

BACKGROUND OF THE REFERENCE

The question of reference came into existence after a division bench of the High Court was of the view that exercise of power under Sec. 482 of CrPC for quashing and setting aside the conviction order must be rarely exercised and the power must be invoked in exceptional circumstances only. The division bench while disagreeing with the four decisions of the High Court following the same proposition framed two questions and sought reference to be made by a larger bench. Accordingly, a three judge bench of the High Court convened to answer the questions so framed.

The four cases that formed the basis of the reference were:

However, the position conflicted after the judgment in Maya Sanjay Khandare & Anr. v. State of Maharashtra. The accused was convicted under Sec. 354D and 506 of IPC along with Sec. 3(1)(xi) of SC ST Act, 1989. The division bench after relying on previous decisions came to the conclusion that powers under Sec. 482 CrPC can be rarely exercised and it cannot be exercised merely on the ground of settlement of the parties.

It was after the conflict in opinion resulting from the judgment of Maya Sanjay Khandare case that the matter was referred to a larger bench.

The applicants had argued that the high court in the exercise of powers under Sec. 482 CrPC, even after the conviction, can end the dispute if a settlement has been reached between the accused and the complainant. It was also argued that in such cases, reformative theory has to be taken into consideration. He relied on the case of Shivaji Haribhau judgment to substantiate the argument.

Furthermore, it was argued that once the requirements of Sec. 482 are met so as to prevent an abuse of power of the any Court or to secure the ends of justice, the proceedings can be quashed notwithstanding the fact that the conviction order was already passed against the accused. Merely because the order of conviction was pending adjudication at the appellate or revisional stage the same could not be a ground for refusing to exercise powers under Section 482 of the Code to quash the criminal proceedings especially when the parties to the dispute had arrived at a settlement.

Another argument made in the case was that the case of Gian Singh and Narinder Singh do not deal with the situation arising out of the prayer for quashing criminal proceedings after conviction for a non-compoundable offence. The ratio of those decisions was in the context of settlement of disputes before conviction.

It was argued that these precedents deal with a pre conviction stage and the analogy applied in the cases could not be extended to the present reference matter. "If the proceedings under Section 482 of the Code are entertained despite availability of appellate remedy, the same would result in transgressing appellate jurisdiction conferred on the Court." The arguments said.

The bench while referring to a catena of judgments observed that the merits of the decision in Gian Singh was about quashing a non compoundable offence under Sec. 482 followed by a settlement between the parties, however, the power under Sec. 482 would depend on the facts and circumstances of each case.

As far as the dictum in Narinder Singh is concerned, the bench observed that "even while exercising power of quashing criminal proceedings in respect of non-compoundable offences which are private in nature and do not have serious impact on society the High Court is expected to consider the antecedents of the accused, his conduct as to whether he was absconding and reason for the same and how he managed with the complainant to enter into a compromise."

It was further observed that the observations are an indicator of parameters that have to be applied by the High Court when quashing the conviction order in non compoundable offences which are private in nature and do not impact the society in any manner.

The bench while relying on Ram Pujan & Ors. v. State of UP (1973) held that there is no power conferred by the Code either on the appellate Court/revisional Court to acquit an accused convicted for a commission of a non-compoundable offence only on the ground that compromise has been entered into between the convict and the informant/complainant.

"The law of the land is therefore clear that compromise entered into after conviction of the accused for a non-compoundable offence cannot by itself result in acquittal. Such compromise can be taken into consideration while imposing appropriate sentence on the accused. Thus if an appeal challenging conviction for a non-compoundable offence cannot be allowed only because the parties have compromised amongst themselves and the order of conviction cannot be set aside on that count, such result cannot be obtained in proceedings under Section 482 of the Code on similar grounds." The bench held.

The bench also observed the contention that the accused and informant entered into a compromise after conviction can only be raised before an appellate/revisional court and that it would be a sound exercise of discretion under Section 482 of the Code and in accordance with the law of the land to refuse to quash criminal proceedings post-conviction for a non-compoundable offence only on the ground that the parties have entered into a compromise. What the court must do is that only in the rarest of the rare cases should the court quash such conviction.

The bench held that the ratio of Kiran T. Ingale judgment must be applied subject to limitations and that the expression "criminal proceedings" used in Gian Singh and Narinder Singh judgments would cover the entire journey of proceedings commencing from initiation to the finality.

ON SECOND QUESTION OF BROADER PRINCIPLES

On the question of whether the broader principles as set out in the Gian Singh and Narinder Singh judgments were correctly applied in the three cases, the bench after referring to the disagreement already expressed by the High Court in Maya Sanjay Khandare judgment refrained from going into the individual examination of the three judgments in question.

However, the bench observed that in Uddhav Kisanrao and Ajmankhan judgments, the court permitted the compounding of offences even in offences that are non compoundable. The Court also noted that the division bench in Shivaji Haribhau case dealt with the question of exercise of powers under Sec. 482 CrPC for quashing criminal proceedings after the conviction and set aside the convicton of accused in view of the settlement of dispute between parties.

The bench concluded the second question after relying on Surender Nath Mohanty & Anr. v. State of Orissa (1999) wherein a three judge bench of the Apex Court had held that t the effect of compromise after conviction for a non-compoundable offence has to be taken into consideration only for the purpose of reducing the sentence and not for setting aside the conviction on that count.