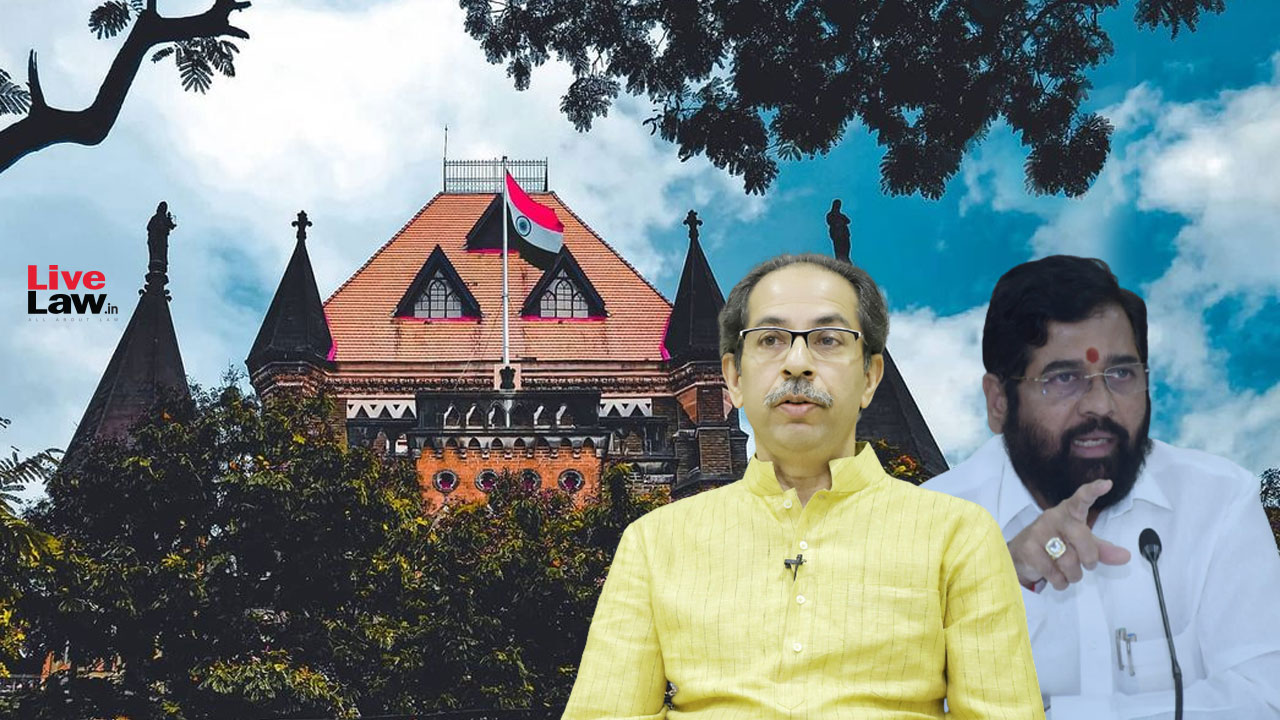 The court set aside BMC's order refusing permission and directed the civic body to grant permission from October 2-6, 2022.

"In our view, BMC's order rejecting the application citing law and order is a clear abuse of process of the law. It is not the corporation's case that in the last 7 decades there was a law-and-order situation", the court said.

The BMC's decision was not a bonafide one, the court said noting the manner in which Sena Secretary Anil Desai's application was considered by the BMC.

A division bench of Justices R. D. Dhanuka and Kamal Khata also rejected the intervention application filed by Sada Sarvankar, sitting MLA from Shinde faction opposing the petition, stating that Sarvankar has no locus in the case.

Uddhav Thackeray led Shiv Sena had approached the court seeking directions to the BMC for permission to hold the party's annual Dussehra rally at the Shivaji Park ground on October 5, 2022. Dussehra Melawa is held at Shivaji Park every year since 1966, and the BMC has always permitted the same on an application made to them.

In fact, the Government's order 20.01.2016 specifically provides that Shivaji park may be used for Dussehra Melawa and that the Municipal Commissioner should permit the same on an Application being made to him, the plea added.

On Thursday, BMC rejected the application after which petitioner sought leave to amend the petition. The court granted the leave and posted the matter of September 23, 2022.

The bench asked the BMC when did the police advise them about a possible law and order situation. Senior Advocate Milind Sathe for BMC replied that the civic body wrote to the police on 21 September at 6:30 PM. The police replied on the same day and then BMC rejected Shiv Sena's application in the night.

Advocate Joel Carlos for the petitioner informed the court that the petition was served to BMC at 1 PM on 21 September.

"Why is our decision irrational. If we receive two applications aren't we supposed to scrutinize them?" asked Sathe.

When asked by Justice Dhanuka the reason that it took more than 20 days to decide the application, Sathe replied, "Why we took time is immaterial."

Senior Advocate Aspi Chinoy for Thackeray led Shiv Sena submitted that the tradition of Dussehra Melawa has been carried out since 1966. It only stopped during the COVID pandemic. The BMC rejected the application after keeping it for twenty days, he submitted.

Chinoy added that the order rejecting the application states that two applications were filed, one by Thackeray faction and the second one by Sada Sarvankar. So, it cites a possibly law and order situation.

"If your law and order is so poor, then it's your problem not ours", said Chinoy after submitting that the Thackeray faction applied for permission on August 22 and 26, before Sada Sarvankar applied on August 30.

The right of Shiv Sena to hold the Dusshera Melawa has been recognised as a right of practice and in the Government Resolution issued in 2016, Chinoy said.

When Justice Dhanuka asked if any complaints have been filed against the petitioner, Chinoy responded that he was not aware of any complaints. "There was volume complaints. One MLA filing a complaint cannot bar us from continuing a tradition for so many years".

The question of the real Shiv Sena does not come here, Chinoy said claiming that Sada Sarvankar has filed the intervention application to obfuscate the matter.

"The commissioner accepts on the record that the permission is sought by Shiv Sena. The aim of this intervention application is that the issue here loses focus and becomes a political slugfest", submitted Chinoy.

Senior Advocate Milind Sathe for BMC submitted that in 2010, the High Court had declared the area as a 'silence zone' and put restrictions on its use for non-sporting activities.

Sathe submitted that Shiv Sena had given up its right in 2013.

Sathe informed the court that in 2017, there were three applications from Shiv Sena from Sashi Narendra Phadke, Anil Desai and Sada Sarvankar. BMC enquired with the office and issued permission in one name, ie. Anil Desai.

In 2019 there were two applications, one by Mr. Anil Desai and one by Mr. Sada Sarvankar. Permission was issued only in the name of Anil Desai by consent of both parties.

Senior Advocate Janak Dwarkadas raised his volume and tried to point out the ongoing dispute regarding who the real Shiv Sena is but the court said that was not an issue pending before the bench.