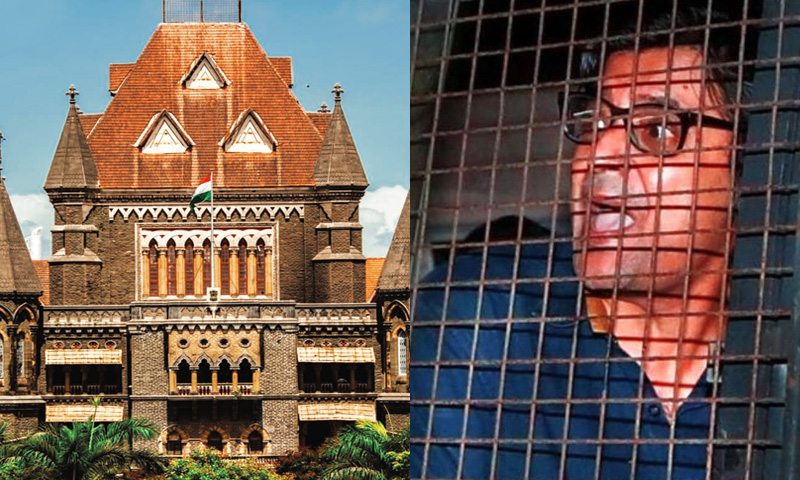 The Bombay High Court on Monday refused to grant interim bail to Republic TV anchor Arnab Goswami, who was arrested and remanded to 14 days judicial custody on November 4, and two co-accused in the 2018 abetment to suicide case.The Court said that no case was made out for the exercise of extraordinary jurisdiction by the High Court under Article 226 of the Constitution when the petitioners...

The Bombay High Court on Monday refused to grant interim bail to Republic TV anchor Arnab Goswami, who was arrested and remanded to 14 days judicial custody on November 4, and two co-accused in the 2018 abetment to suicide case.

The Court said that no case was made out for the exercise of extraordinary jurisdiction by the High Court under Article 226 of the Constitution when the petitioners have the alternate remedy of seeking regular bail under Section 439 of the Code of Criminal Procedure(Goswami and the co-accused had approached the High Court seeking writ of habeas corpus under Artice 226 against the arrest and remand in the case).

The Court further held that it cannot consider the submissions of Senior Advoate Harish Salve that the FIR does not disclose any offences against Goswami at present as the investigation is in progress. The Court has posted the writ petition for further hearing on December 10.

The bench clarified that its observations are prima facie in nature only for the purpose of deciding the interim application and will not apply to the application made by Arnab Goswami seeking regular bail.

'Rejection of interim application shall not be construed as an impediment to the petitioner seeking alternate remedies. Observations are prima facie in nature confined to the present application only', the bench said in the order.

The bench dismissed the interim bail applications of the co-accused Nitish Sarada and Parveen Rajesh Singh with the same observations as in the case of Arnab Goswami.

Ahead of the pronouncement of orders by the High Court, Goswami filed an application seeking regular bail before the Alibag Sessions Court. The Alibag Sessions Court is hearing today the revisin filed by Raigad police against the order of the Chief Judicial Magistrate of Alibag refusing police custody of Arnab Goswami.

A division bench comprising Justices S S Shinde and M S Karnik held a special sitting at 3 PM on Monday, despite the High Court being closed for Diwali holidays, to pronounce the orders on the interim bail applications in the habeas corpus petitions filed by Goswami and two other accused.

The bench had held a special sitting on Saturday from 12 noon to 6 PM to hear the case. Before that, the bench had heard the case on Thursday and Friday from 3 PM to 5 PM. It also heard Advocates Vijay Agarwal and Nikhil Mengde for the co-accused in the matter, Nitish Sarda and Praveen Rajesh Singh, respectively.

Though Senior Advocates Harish Salve and Abad Ponda made vehement submissions seeking ad-interim bail for Goswami, the bench refused to grant it. The bench clarified that the pendency of the case in the High Court will not be an impediment for the petitioners to seek regular bail under Section 439 of the Code of Criminal Procedure before the concerned court. If such an application is made, the court ordered, the same should be decided by the concerned court within four days of the filing.

Goswami was arrested on the morning of November in a case registered by the Raigad Police in 2018 for allegedly abetting the suicide of a 52-year old interior designer named Anvay Naik and his mother Kumud Naik. He was remanded to judicial custody by CJM Alibag and was kept at a local school which has been esignated as a COVID-19 centre for the Alibaug prison.

Yesterday, he was shifted to Taloja Jail in Navi Mumbai on allegation of using mobile phone while in Judicial Custody.

During hearing of the habeas corpus plea over a span of three days, two main arguments raised by the Petitioner was that (i) the case is politically motivated and (ii) even if allegations are admitted, no case under Section 306 (Abetment of suicide) of IPC is made out.

The State Government however denied the allegations of malice and asserted the victim's right to seek fair and complete investigation. It was also submitted that the case was not at a stage where intention of the accused could be examined, especially when the suicide note mentions his name.

Questions were also raised regarding maintainability of a writ of habeas corpus against a judicial order of remand. The bench the bench extensively quizzed Goswami's lawyers regarding the maintainability of habeas corpus petition against a judicial remand order and repeatedly asked why the remedy of regular bail was not availed.

'It Will Send A Wrong Signal That Though Sec 439 Is There, HC Can Be Approached', Bombay HC On Habeas Against Remand

Responding to this, Salve referred to the Supreme Court's verdict in Jagish Arora v. State of UP, where the Supreme Court ordered the release of journalist Prashant Kanojia from custody last year.

"The very same argument that habeas was not maintainable was raised there. The Supreme Court did not accept it and ordered the relaese of Prashant Kanojia who was remanded to custody," Salve had told the Court.

Meanwhile, the remand order has been challenged by the Raigad Police before the Sessions Court, stating that the CJM, Alibag had erred in not considering the submissions and grounds submitted by the prosecution while seeking custody of Goswami and two other arrested accused Feroze Shaikh and Nitesh Sarda.

On Saturday, the Bombay High Court issued notice to the Maharashtra Government in a petition filed by the Complainant Adnya Anvay Naik, seeking inquiry against those police officers who "miserably failed" to investigate the case and filed closure report earlier.