'He's A Minister, Does It Befit Him To Do All This?' : Bombay High Court On Nawab Malik's Tweets Against Sameer Wankhede 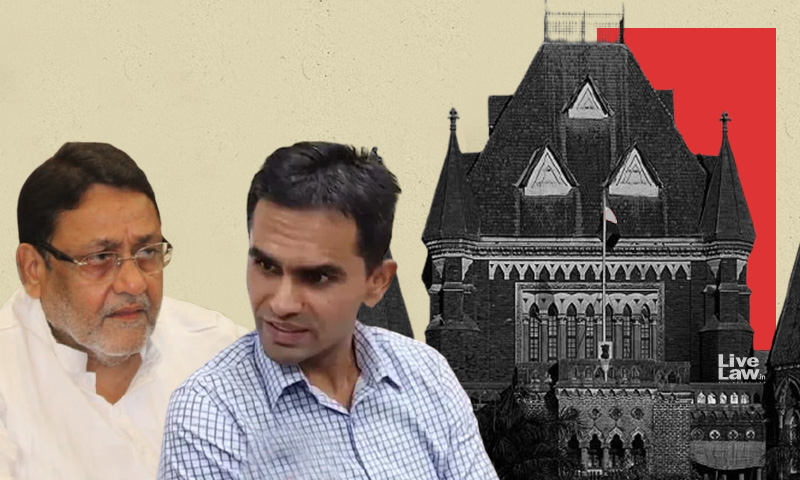 After a division bench of the Bombay High Court took strong exception to NCP leader and Maharashtra Minister Nawab Malik's tweets and public statements against NCB officer Sameer Wankhede and his family, Malik undertook not to make public statements against them till December 9. "What is this media publicity he wants everyday? Especially after his son-in-laws arrest… He is...

"What is this media publicity he wants everyday? Especially after his son-in-laws arrest… He is a Minister, does it befit him to do all this?," Justice Kathawalla said after being informed that Malik tweeted without even filing an official complaint against the Wankhedes.

"If there is a caste certificate in his favour, what are you required to do first?," the bench added.

The appeal was against Justice Madhav Jamdar's order refusing to restrain Malik in Dhyandeo's Rs. 1.25 crore defamation suit against Malik. However, the court had directed Malik not to post statements without verification.

The single judge had observed that while Malik's statements appear to be driven by malice, he had raised very important issues concerning the acts and conduct of Sameer Wankhede who is a public official.

Today, Senior Advocate Birendra Saraf for Wankhede's, informed the court that Malik was continuing his irresponsible tweeting. Also, despite observing that Malik's acts were out of malice and without reasonable verification, injunction wasn't granted.

"Please show us it's malicious because once it is malicious, injunction must be granted," the bench said at the outset.

After reading out several tweets, which were prima facie without verification, Saraf submitted, "Is it possible that anyone can mud sling like that? Social media handles have become platforms for firing loose canons, where anyone can say anything."

The court then sought to know if Malik had filed an official complaint. Advocate Karl Tamboly, appearing for Malik, said there was only a vigilance inquiry pending. The court then asked him if he would restrain himself till the matter was taken up next week or should the court pass an order.

After taking instructions from his clients, Tamboly said Malik would not tweet till the matter was taken up next week. He added that he was making the statement without prejudice.

"Respondent (Malik) says, no tweets and public statements shall be made against plaintiff (Dhyandev) and his family members whether directly or indirectly through any means of publicity," ( for a week till next hearing) the bench noted in the order.

The matter will now be heard on December 9.