[Breaking] Accounts Not Declared NPAs As On August 31, Not To Be Declared As NPAs Till Matter Is Disposed Of: Supreme Court [Read Order] 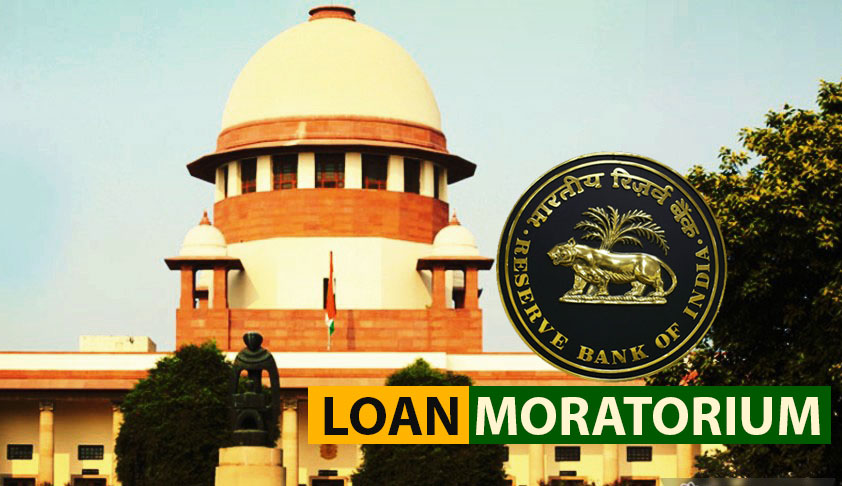 The Supreme Court on Thursday protected those accounts from being declared as Non-performing Assets (NPAs) which were not classified as NPAs on August 31 till case is disposed off.A bench of Justices Ashok Bhushan, R. Subhash Reddy & MR Shah was hearing plea(s) seeking extension of the Covid19 induced loan moratorium & waiver of accruing interest. While adjourning the case for a week,...

The Supreme Court on Thursday protected those accounts from being declared as Non-performing Assets (NPAs) which were not classified as NPAs on August 31 till case is disposed off.

A bench of Justices Ashok Bhushan, R. Subhash Reddy & MR Shah was hearing plea(s) seeking extension of the Covid19 induced loan moratorium & waiver of accruing interest. While adjourning the case for a week, the court granted protection to petitioners to the extent of not being declared as NPA's till the case is disposed off. The case will now be heard on Thursday, September 10.

The court also stated that it was of the primary view that certain directives have to come from the RBI. "What you do, that is for you to decide. Some things have to decided by the GOI or by the RBI. Everything cannot be left to the banks" - Supreme Court

Today, Solicitor General Tushar Mehta apprised the bench of the reasons for keeping the interests accrued on term loans alive. He said that it was done in order to protect the banking sector which was the backbone of the economy. Mehta highlighted that the methodology adopted was for reduction of immediate pressure of payment of instalments, resurrect all sectors & restructure stressed assets.

At this juncture, Justice Bhushan stated that All measures were on record already by RBI, however, Union had not taken any measures under Disaster Management Act. "We will not examine under 32 whether measures suitable. Question is did the Union operate within the legal framework of DMA? Did the NDMA?" he asked.

SG said that the DMA stipulated that the Govt. "may" do it. "So far, the NDMA deems it appropriate for the RBI to play a supervisory role. This is not cast in stone," he argued.

The law officer then said that all banks were fully empowered to resolve the covid19 related stresses and customise concessions for borrowers with respect of altering rate of interest as well, tenure of loan, with or without moratorium for two years & even for waiving penal charges. "Modalities & intricacies will have to be dealt with by the banks. This will be sector-wise. Expert committee does not come in way of individual borrowers," he said.

Further to this, SG said that an Expert Committee shall be coming up with sector specific guidelines on September 6. While elaborating on the COVID19 scheme introduced by RBI vide Circular of August 6, SG said that the scheme shall only apply to those who have been affected due to covid19.

"The person who was in default in 2019 can reach out for other schemes but they would not be able to avail the covid19 related scheme. They may go to other schemes. You may be a 2019 defaulter - a relief which you may avail separately," Mehta said.

On the issue of whether the directives will come from the Government and whether everything will be left to banks alone, SG said that he shall now take instructions. Bench also asked him as to what mitigating schemes were being put in for those people who may not have defaulted on February 1 but their situation worsened due to covid19.

To this Senior Advocate Harish Salve replied, "The person who was in default in 2019 can reach out for other schemes but they would not be able to avail the covid19 related scheme. They may go to other schemes. You may be a 2019 defaulter - a relief which you may avail separately".

The case will be taken up for further consideration next week,

Yesterday, various stakeholders and affected parties made submissions before the top court in the plea(s) concerning waiver of interest on term loans during the covid19 induced moratorium period