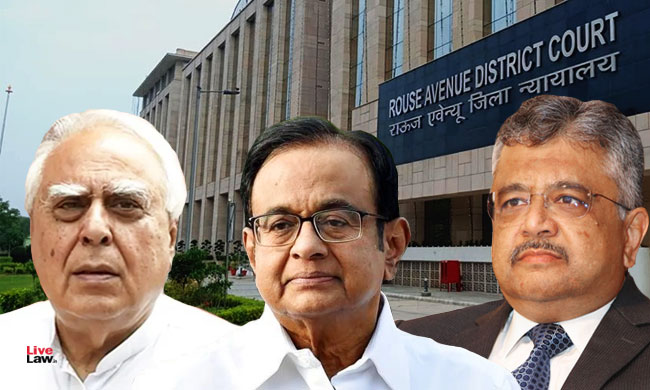 CBI Special Judge Ajay Kumar Kuhar at the Rouse Avenue, Delhi on Monday extended the CBI custody of former Union Home and Finance Minister P Chidambaram in the INX media case by four more days till August 30.The Solicitor General asked for extension of custody by five more days stating that interrogation has not been completed. Chidambaram was confronted with one of the co-accused on Augsut...

The Solicitor General asked for extension of custody by five more days stating that interrogation has not been completed. Chidambaram was confronted with one of the co-accused on Augsut 26. The email trails of INX company need to be examined. Also, certain questions have arisen during ED probe, which need to be put to Chidambaram, submitted the Solicitor General, updating the Court about the progress of investigation.

This was when the judge asked the SG about the investigation in last four days.

Senior Advocate Kapil Sibal, appearing for Chidambaram, questioned the need for extension of remand saying that the interrogation is merely a hogwash. The CBI has not put to him any document regarding the allegation which they made on last occasion that 5 million US dollars were paid to him.  The CBI is merely feeding media trial by indulging in sensationalism, Sibal submitted. He also said that one question was asked to the accused about the statements made by Peter Mukherjee, and when the accused denied, no further questions were asked.

Insisting that the process of investigation should be fair, Sibal asked the SG to show to the Court the documents and case diary. A person cannot be kept under custody without any evidence, added Sibal.

Sibal also highlighted that CBI is spending unreasonably long hours for interrogation and that too without any documents. 'If you don't want to show the documents to us, at least show it to the court', he remarked. Sibal also stated that no documents have been presented to the accused regarding shell companies, foreign bank accounts, etc.

Mehta countered the arguments of Mr Sibal by saying that the interrogation regarding emails have happened only partially; there are more questions that need to be asked. Moreover, the booklet of case diary could not be presented because it's our of stock. Therefore, the typed version was presented.

In order to counter the argument of long hours of interrogating, Mehta said that accused took 45-60 minutes to read one document, and there are many documents that he needs to be confronted with. Moreover, Letter Rogatory has been filed to 5 countries, and their processing in not in CBI's control.

When the case diary was handed over to the trial judge, Sibal took objection to it saying that it was not kept in the prescribed format. The case diary was in loose typed sheets, as opposed to the printed booklet format, Sibal pointed out.

Mehta explained that the printed formats had run out of stock.

Chidambaram was arrested by CBI from his Jor Bagh residence on August 21 night in the case registered by the CBI for alleged corruption in the clearance given to FDI by INX Media in May 2007 when he was the Union Finance Minister.

The kickbacks for sanctioning the Rs.305 crores investment was routed through the companies associated with Chidambaram's son Karti ,alleged the CBI.

On August 22, the CBI judge remanded Chidambaram to four days custody after observing that the allegations were "serious in nature" and a "detailed and in depth investigation is required in the case".