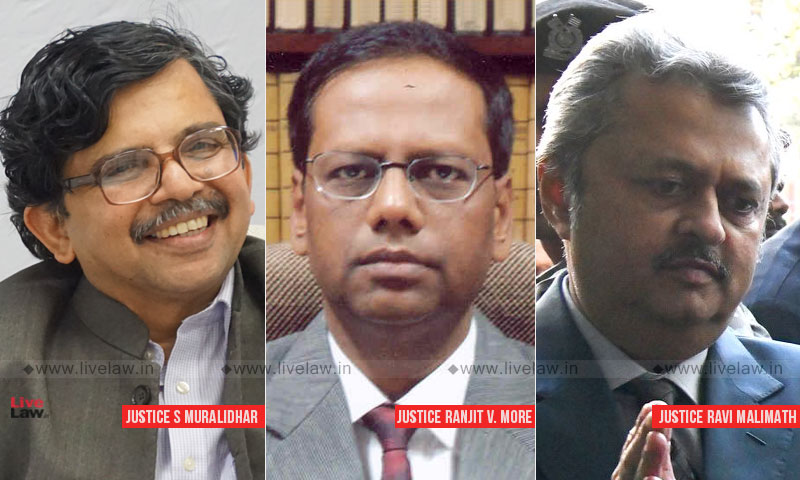 He was appointed amicus curiae by the Supreme Court in several PIL cases and in cases involving convicts on the death row. His pro bono work included the cases for the victims of the Bhopal Gas Disaster and those displaced by the dams on the Narmada. He also counseled for the National Human Rights Commission and the Election Commission of India and was a part-time member of the Law Commission.

In May 2006, he was appointed as a judge of the Delhi High Court. In the year 2003, he was awarded Ph D by the Delhi University.

Justice More is the third senior most Judge of Bombay High Court after the resignation of Second senior most Judge Justice Dharmadhikari. He obtained his law degree from Shivaji University, Kolhapur and was awarded the National Merit Scholarship for pursuing further studies. He did his LL.M. from Mumbai University.

He began his practice at the Bombay High Court, under (then Advocate and now Chief Justice of Madras High Court) AP Shah, in the year 1983. He mainly practiced on the appellate side and appeared in several Constitutional, Civil and Criminal matters on behalf of Municipal Council, Municipal Corporations, District Central Cooperative Banks, Sugar Factories, Election Commission and Maharashtra Public Service Commission.

He was elevated as an Additional Judge of the Bombay High Court on 8th September, 2006.