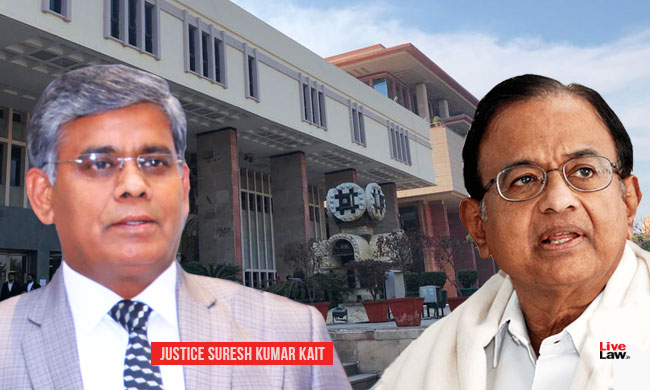 The Delhi High Court on Friday dismissed the application filed by former Union Finance Minister P Chidambaram seeking bail in the case registered by Enforcement Directorate in relation to INX Media transaction.Today is the 85th day of his custody in the case.The Court observed that the allegations are serious in nature and that there was prima facie evidence to show that he had played key...

Today is the 85th day of his custody in the case.

The Court observed that the allegations are serious in nature and that there was prima facie evidence to show that he had played key and active role in the case.

While dealing with the issue of triple test, Justice Suresh Kumar Kait noted that there are no cogent grounds to believe that the Petitioner poses a flight risk or has a potential of tampering with evidence. He also noted that since the complaint is about to be filed in the present case, the question of influencing the witnesses is also ruled out.

The court also noted that the co-accused in the case, Karti Chidambaram, is already out on bail.

Despite making the following observations on triple test, the court went on to dismiss bail primarily on the ground that the Petitioner is alleged with serious economic offences which should be dealt with seriously by the courts.

"... prima facie, allegations are  serious in nature and the petitioner has played active and key role in the present case. It cannot be disputed that entire community is aggrieved if the economic offenders who ruin the economy of the State are not brought to book, as such offences affects the very fabric of democratic governance and probity in public life. No doubt, bail is right and Jail is exception, but, if bail is granted in such case, a wrong message goes to the public at large", observed Justice Kait.

The court cited arguments made by SG Tushar Mehta on shell companies abroad, generation of fake invoices by the companies controlled by Karti and layering of money in bank accounts, to opine that the allegations against the Petitioner are prima facie serious, hence relief in the form of bail cannot be warranted.

Granting bail will send a wrong message to the society; entire community would be aggrieved if such offenders are allowed to go free, observed the Court, while adding that the observations are not conclusive.

During the hearings, SG Tushar Mehta had presented before the court a letter given by one of the witnesses, in a sealed cover. Justice Kait had asked the SG to show statements of witnesses that suggest Chidambaram tried to influence the witnesses.

SG also informed the court that there are 3 witnesses in the present matter that were influenced by the applicant. He argued that there's evidence to show that Chidambaram tried to win-over the witnesses.

When the judge pointed out the observation made by the Supreme Court in the anticipatory bail matter, wherein it was noted that the court shall not rely on the evidence submitted through the sealed cover as the same prejudices the accused, SG pointed out the court can refer to the material connected during the investigation under the PMLA.

SG went on to submit that the material submitted in sealed cover can be perused by the court for satisfying its conscious and the argument extended by the applicant is a misleading reading of the Supreme Court judgement.

Further, SG went on to argue that the court should not lose sight of the gravity of the present offence. He also argued that the gravity of offence under the ED matter is much more serious that the one made out in the CBI matter.

On the ground of suppressing the material evidence, SG argued that the Singapore subsidiary of the alleged benami company of the applicant, which is owned by his son Karti Chidambaram, kept on receiving crores despite not performing any professional services.

It was also argued by the SG that fake invoices and mails were generated by the aforementioned shell companies to layer and camouflage the proceeds of crime. As per ED, applicant along with his co-conspirators created shell companies, both in India and abroad, to launder money.

After hearing both the parties, Justice Kait suggested that he can peruse the sealed cover documents and cull out certain facts from therein, which are not a threat to national security or to the investigation, and ask certain questions pertaining to such facts from the applicant's counsel.

SG Tushar Mehta resisted such a move by submitting that the issue of disclosing the content of sealed cover documents to the accused was categorically dealt with by the Supreme Court's judgment in the anticipatory bail matter. He said that if the court goes ahead with this move, it will set a very bad precedent.

In the bail application, Chidambaram had averred that ED had arrested him with mala fide intention to harm his reputation.

He was arrested by the CBI on August 21 in the corruption case which was registered on May 15, 2017 alleging irregularities in a Foreign Investment Promotion Board (FIPB) clearance granted to the INX Media group for receiving overseas funds of Rs 305 crore in 2007, during Chidambaram's tenure as finance minister.

After spending 58 days in custody - 15 days CBI custody and 53 days judicial custody - the SC had granted him bail on October 22 in the case registered by CBI. The SC rejected the argument of CBI that Chidambaram posed a flight risk and that he could influence witnesses.