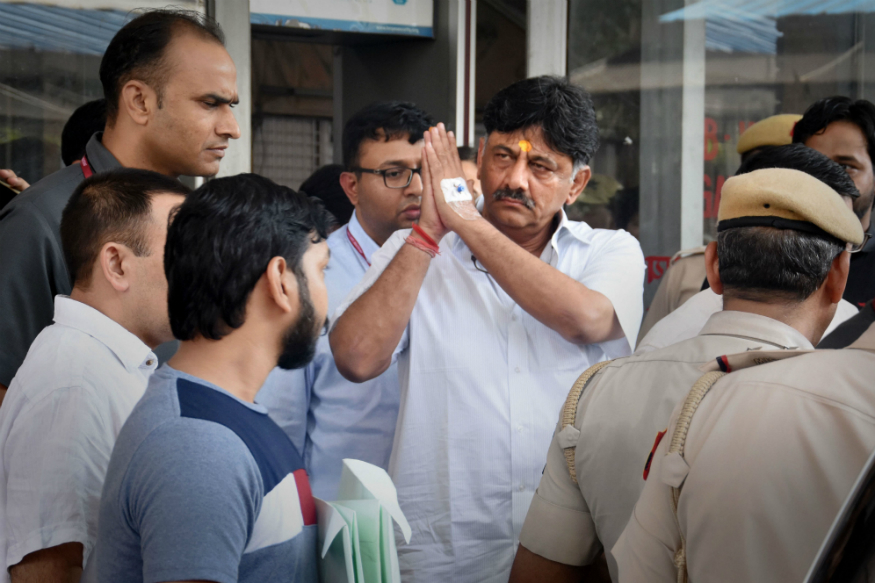 The Delhi High Court on Wednesday granted bail to Congress leader DK Shivakumar in a money laundering case registered against him by the Enforcement Directorate. He has to furnish two sureties of Rupees 25 lakhs each, cannot leave the country without the prior permission of the court and has to appear before the agency whenever called for interrogation.

He was arrested by the ED on September 3. Currently, he is lodged in Tihar Jail.

The bail order was passed by Justice Suresh Kumar Kait, who had reserved judgment on October 17. Justice Kait mentioned in his order that Shivakumar poses no flight risk, he cannot tamper with the evidence as all evidence is documentary and is in possession of the agency, and the possibility of his influencing the witnesses is also ruled out.

Shivakumar had moved the High Court to challenge the order of the Special CBI Judge who had rejected his bail application on the grounds that he's accused of a serious financial crime and releasing him on bail would be detrimental to the purpose of proper investigation.

Before the High Court, Shivakumar had submitted that he's been accused of offences under sections 276C(1), 277 and 278 Income Tax Act which are not scheduled offences under the Prevention of Money Laundering Act.

He had also submitted that he doesn't meet the criteria of triple test for denying bail. It was argued that since he's a 7 time MLA, a public figure and has his roots in the society, there's no risk of him fleeing from investigation or tampering with the evidence.

ED, on the other hand, had sought denial of bail as the accused is a prominent public figure and, therefore, can potentially influence the witnesses or tamper with the evidence.

The agency had also pointed out that since the investigation is at a crucial stage, and the trail of laundered money is still be ascertained, the release of the accused would hamper the investigative procedures.

ED had also informed the court about the raids conducted and amounts of cash and documents recovered from the locations owned or controlled by Shivakumar. It was also pointed out by the agency that he had remained evasive and non-cooperative throughout the interrogation.