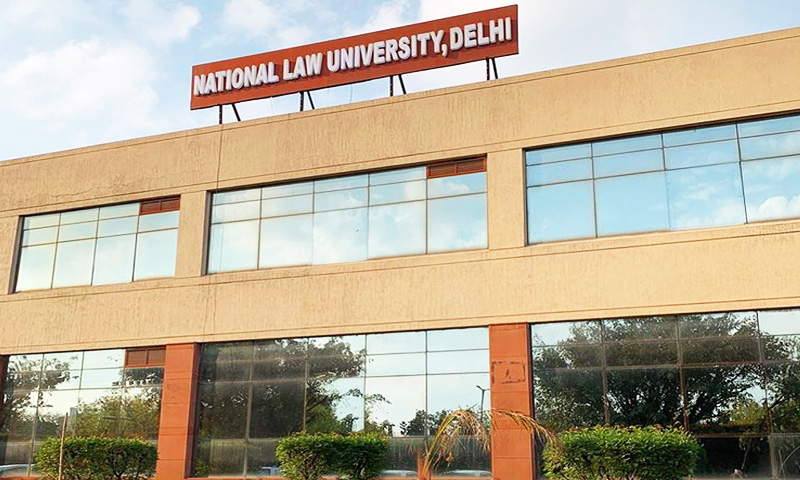 The Delhi High Court on Monday stayed the decision to introduce 50% horizontal reservation in National Law University Delhi to students who passed their qualifying exam from the institutes located within the National Capital Territory.The Court ordered "Status quo ante as of the previous academic year shall be maintained for making admissions to the BA LL.B (Five Year Programme) and LL.M...

The Delhi High Court on Monday stayed the decision to introduce 50% horizontal reservation in National Law University Delhi to students who passed their qualifying exam from the institutes located within the National Capital Territory.

A division bench of Justices Hima Kohli and Subramonium Prasad further directed that:

'The University is directed to bring out a fresh admission notification before 2nd July and is also directed to publish the same on its website. A further one week period is given to enable the students to apply afresh who may be interested in applying for the admission process.'

While observing that the Petitioners have made out a prima facie case in their favour, the court noted that the decision for providing horizontal reservation has been taken by NLU, Delhi in haste without acting in accordance with the NLU Act.

'We are of the opinion that if the impugned notification is not stayed, grave prejudice would be caused to the students who would be applying for admission in the respondent  No.3/NLU, Delhi for the academic year 2020-21. In fact, staying the operation of the impugned notification insofar as horizonal reservation of seats for students belonging to Delhi has been provided for the academic year 2020-21, would result in inviting a larger section of students.'

The court further noted that there was no tearing hurry for the NLU Delhi to have reserved seats for the academic year 2020-21. The existing policy could have been continued till the Governing Council took a decision on the issue upon receiving the recommendations of the Committee constituted by it.

'When the Governing Council is the Supreme Body and the Statute vests powers on it to take all policy decisions relating to the University, it is incomprehensible as to how the Council could be side-stepped and the impugned Admission Notification dated 14.01.2020 and the Admission Guidelines be issued providing for horizontal reservation.'

All the other issues shall be taken up for hearing on 18th August 2020. The examination shall take place on the date so mentioned.

Furthermore, providing 22% reservation to OBC and 10% reservation to EWS category without increasing the total no. of seats is also challenged as unconstitutional and against the mandate of guidelines issued by MHRD.

The petitioner has averred that In the previous academic year i.e. 2019-20 total seats for LL.M was 70. Out of these seats 15% for SC & 7.5% for ST were vertically reserved and 5% for PWD were horizontally reserved.

It is admitted that "any State can give a reservation to the 'domiciled' person of the state, reason being that such state funds the institute and hence may seek welfare for the residents of that particular state".

"But respondent university is not giving this reservation to the domicile of the state but to the students who have passed their qualifying examination from Delhi. Delhi is a metro city and capital of India and a hub for the prominent educational institutes. Students from every corner of the country came here to study. Circumstances may arise that many students who are the permanent resident of Delhi may not get admission in any oschool/college situated in Delhi and they got enrolled in any other institutes located outside Delhi", it is argued.

"In such cases, these students who are permanent residents of Delhi would be paying all taxes to the state of Delhi but will not get the reservation in the Institution of their State instead any other student from down south, east, west or north will get that benefit", the petitioner has pointed out.

The Petitioner has stated that she could not trace out the source of legal power by which the respondent University drew the power to implement such reservation policy "because it is published nowhere that state assembly of NCT Delhi has made any law related to this 50% reservation". "Hence, making such provision of reservation by way of an executive order is also against the law enshrined under Article 14 & 15", it is pointed out.