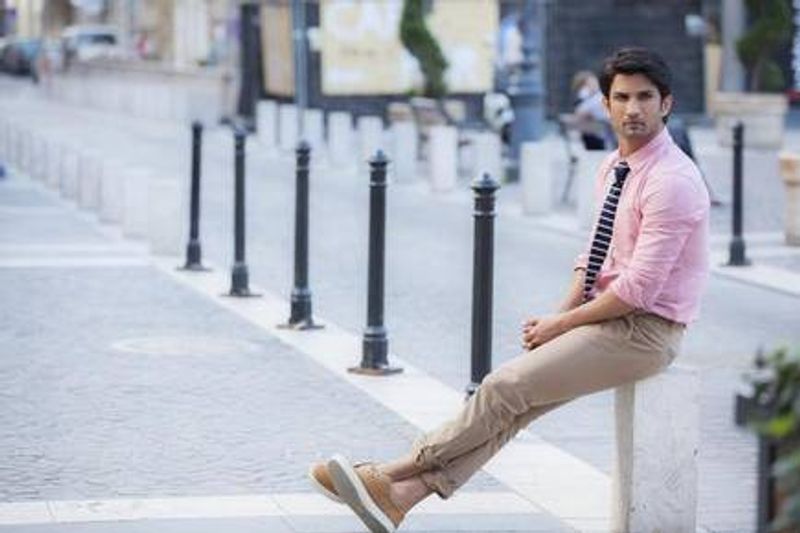 The News Broadcasting Standards Authority has directed electronic news channels, Aaj Tak, Zee News, News 24 and India TV to air an apology for insensitive reporting and sensationalizing the death of actor Sushant Singh Rajput. The self-governing authority has censured Aaj Tak, Zee News and News 24 channels for running insensitive Tag Lines that had the effect of violating the privacy...

The self-governing authority has censured Aaj Tak, Zee News and News 24 channels for running insensitive Tag Lines that had the effect of violating the privacy and affecting the dignity of the deceased.

Whereas, India TV along with Aaj Tak have been found guilty of showing images of Rajput's corpse.

"While it is the duty of the news channel to report news, which may be in public interest and the persons being reported upon may get justice from such media reports, it is equally important to present the news in a manner which does not violate the privacy of the dead nor sensationalise a tragic incident. It is important that the dead must not be subjected to unnecessary media glare."

"It appears that the questions are being addressed to Sushant Singh Rajput, who is no more, therefore the Taglines are offensive, violate privacy and affect the dignity of the deceased."

"the Tagline…tends to give the impression that committing suicide is failure and therefore the Tagline violates the privacy and dignity of the deceased. There may be various reasons for suicide but the impression created was that a small town boy committed suicide in a metro city which was his "failure"."

Similarly, it has concluded that the Taglines run by News 24 were "offensive and affect the dignity of the deceased" by indicating that Sushant had forgotten the anti-suicide message given by him in his movie Chhichhore.

The authority has observed,

"Undoubtedly, the media has the right of freedom of speech and expression. It also cannot be doubted that when wellknown public personality like Sushant Singh Rajput commits suicide, not only it becomes a big news, but also a matter of discussion which can revolve around various complaints and hypothesis. Therefore, telecast of such programmes, per se, can neither be discouraged nor criticized. The freedom of speech and expression comprises not only the right to express, publish and propagate information through circulation, but also to receive information. By disseminating information, media is facilitating the citizenry to avail this right."

"if the programme carried by Aaj Tak, Zee News and News 24 were without such Taglines, it may not have violated the guidelines relating to privacy, sensationalisation and dignity of the dead. However, since the programmes carried the aforementioned Taglines, NBSA is of the view that the said broadcasters have violated the Specific Guideline Covering Reportage."

Inter alia, the authority has directed Aaj Tak and India TV to apologise for publicizing images of Rajput's corpse.

Allegedly, Aaj Tak broadcasted photographs of late Mr. Rajput's corpse from his bedroom and it explicitly described the method used along with the colour of the cloth used for strangulation. India TV is also alleged to have repeatedly described in detail the colour of the lips of the body and the marks on Rajput's neck. It also allegedly showed the body covered in a cloth being carried out of the apartment, repeatedly.

The authority said that this an "egregious violation" of the NBSA Guidelines viz.:

Significantly, the authority has let off News Nation for showing Rajput's corpse in their telecast, in view of their remorse and assurance that the same shall not be repeated. ABP Majha has also been let off with a warning as the authority noted that it did not telecast close-up images of the body.

Aaj Tak has also been directed to pay a fine of Rs. 1,00,000 for its failure to conduct a due diligence before telecasting some tweets and attributing them to the actor.

Allegedly, Aaj Tak falsely reported on the fake tweets stating that Rajput posted three tweets which he later deleted on June 14, 2020, hours before his death, however, the channel later deleted the tweets and took down the article.

Taking serious of the same, the authority said,

"the broadcaster should have conducted its due diligence and verification prior to telecasting/uploading the tweets and not subsequently, which due diligence is a basic tenet and requirement of journalistic ethics and telecasting the tweets without verification had the tendency of spreading misinformation amongst the public. NBSA found that the broadcaster had violated the Specific Guidelines Covering Reportage relating to Accuracy which states that:

(i) Information should be gathered first-hand from more than one source, if possible.

(ii) Reports received from news-agencies should be attributed and where possible be verified.

(iii) Allegations should be reported accurately as made.

(iv) Errors of fact should be corrected at the earliest, giving sufficient prominence to the broadcast of the correct version of fact(s)."

Lastly, the authority has found that Aaj Tak violated its Guidelines on Privacy inasmuch as its reporters barged into Rajput's parents' house and questioned his various family members, who were shocked and in a grieving state.

Significantly, reporters from ABP News channel also rushed to interview the Rajput's cousin sister. However, the authority has let off the channel with a warning as it noted that the cousin had "voluntarily" given an interview.