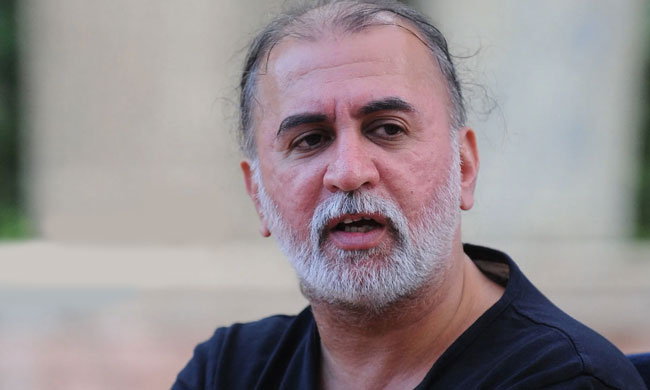 Tarun Tejpal, the founder and former editor-in-chief of 'Tehelka has been acquitted of all charges in in the sexual assault and rape case of a junior colleague by the District and Sessions Court at Mapusa, Goa. He was accused of forcing himself on the woman, against her wishes, inside an elevator of the Grand Hyatt, Bambolim, Goa on November 7 and 8, 2013, during...

Tarun Tejpal, the founder and former editor-in-chief of 'Tehelka has been acquitted of all charges in in the sexual assault and rape case of a junior colleague by the District and Sessions Court at Mapusa, Goa.

He was accused of forcing himself on the woman, against her wishes, inside an elevator of the Grand Hyatt, Bambolim, Goa on November 7 and 8, 2013, during the newsmagazine's official event - the THiNK 13 festival.

He was tried for committing offences punishable under IPC Sections 341 (wrongful restraint), 342 (wrongful confinement), 354 (sexual harassment), 354A(1)(I)(II)(demand for sexual favours), 354B (assault or use of criminal force to woman with intent to disrobe), 376 (2)(f) (person in a position of authority over women, committing rape) and 376(2)(k) (rape by a person in a position of control).

On November 18, 2013, a few days after the incident, the victim complained to Tehelka's then managing editor, another acclaimed journalist - Shoma Chaudhry. The next day, in a long email, Tejpal sent a formal apology to the victim in which he said,

"I apologise unconditionally for the shameful lapse of judgement that led me to attempt a sexual liaison with you on two occasions on November 7 and November 8 2013, despite your clear reluctance that you did not want such attention from me."

He further wrote to Chaudhry, in which he called the incident a bad lapse of judgement, an awful misreading of the situation, have led to an unfortunate incident that rails against all we believe in and fight for.

The victim, however, insisted that an anti-sexual harassment cell be set up under the Vishakha guidelines to investigate the matter.

Given that his apology presents an entirely different version from my testimony, ie. attempts to establish that a "sexual liaison" took place as opposed to him sexually molesting me, I insist once again in the spirit of justice, to constitute an anti-sexual harassment cell in accordance with Vishakha Guidelines.

Tejpal eventually stepped down as editor for six-months to allow a fair internal inquiry.

In the meantime, on November 22, 2013, the Goa Police took suo motu cognisance of the allegations that had become front-page news and registered a complaint. Tejpal alleged he was being framed, and the case was a political conspiracy against him, especially since BJP was the ruling party in Goa.

It may be noted that Tehelka, and with it Tejpal, shot to fame in 2001 with Operation West End, a sting that exposed the then ruling party – NDA led by BJP's - corrupt defence deals, forcing the exit of BJP president, late Bengaru Laxman and defence minister George Fernandes. Tejpal had started the news website along with journalist Anirudhha Bahal.

As for the sexual harassment case, Tejpal was arrested on November 30, 2013, after a local court in Goa rejected his anticipatory bail application. He was granted regular bail by the Supreme Court less than a year later, in July 2014. In February 2014, the Goa Police Crime Branch filed a 2,846-page charge sheet against him.

Three years later, in June 2017, the Sessions Court allowed Tejpal's application to conduct the trial in-camera to protect both the parties' dignity, respect, and privacy.

On September 28, 2017 the Sessions Court framed charges against him, and the victim testified in March 2018. The prosecution has examined 71 witnesses and cross-examined five defence witnesses in the case. The prosecution's case mainly rests on the victim's statement, statements of her colleagues, and electronic evidence in the form of CCTV footage, e-mails and WhatsApp messages.

In August 2019, a Supreme Court bench of Justices Arun Mishra, M R Shah and B R Gavai SC rejected Tejpal's plea to quash the charges against him. Terming the offence "morally abhorrent" and an "assault on the privacy of the victim", the bench directed the Sessions Court to complete the trial within six months.

The prosecution then filed a supplementary charge sheet in January this year, citing ten more witnesses. In March, the prosecution and defence arguments concluded arguments and the case was reserved for orders.