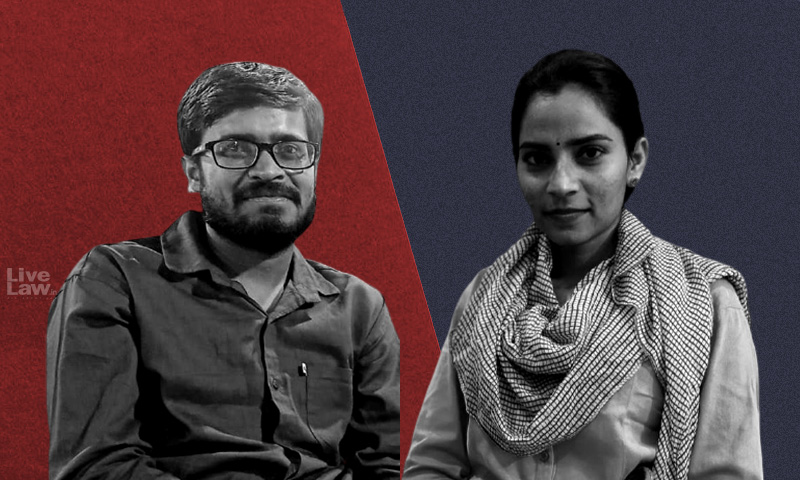 Labour activist Shiv Kumar, who is an associate of Dalit Labour Activist Nodeep Kaur has got bail from a Local Court in Sonipat District (Haryana) in all three cases registered against him. While in two cases, he was granted Bail on Wednesday (03rd March), in the third case, he has been granted Bail today.#Breaking: Labour activist #ShivKumar, an associate of Punjab activist Nodeep...

Labour activist Shiv Kumar, who is an associate of Dalit Labour Activist Nodeep Kaur has got bail from a Local Court in Sonipat District (Haryana) in all three cases registered against him.

While in two cases, he was granted Bail on Wednesday (03rd March), in the third case, he has been granted Bail today.

#Breaking: Labour activist #ShivKumar, an associate of Punjab activist Nodeep Kaur (@KaurNodeep), has been granted bail by a Local Court in Sonepat in all three cases registered against him. pic.twitter.com/MMs7yPj4bH

After briefly noting the facts of the Case, the Court granted him Bailiby stating,

He has been granted Bail on furnishing personal bond in the sum of Rs.1,00,000/- with one surety in the like amount to the satisfaction of Area/Duty Magistrate

Shiv Kumar is the president of Mazdoor Adhikar Sangathan, and he was arrested on 16th January, days after the arrest of Nodeep Kaur.

Both Shiv Kumar and Nodeep kaur were arrested after their protest against the alleged harassment of factory workers in the Kundli Industrial Area in Sonepat turned violent on 12 January.

The Police has named both of them in three FIRs filed in connection with the January 12th incident, which includes charges of attempt to murder, theft and extortion.

Advocate Jatinder Kumar appeared on behalf of Kumar who filed his Bail Plea in all the three cases, once Nodeep Kaur was granted on bail in all three cases.

The Punjab and Haryana High Court had granted Bail To Dalit Labour Activist Nodeep Kaur in the third FIR Registered against her on February 26.

The Bench of Justice Avneesh Jhingan granted her bail while hearing her Bail Plea and a Suo Moto registered in connection with her matter (both matters heard together). However, with regard to allegations of her illegal detention, the matter will continue to be heard by the Court.

"It would be appropriate to say that the right to peaceful protest is circumscribed by a thin line. The crossing of line may change the colour of protest. It would be subject matter of trial as to whether the line for the peaceful protest was crossed in the alleged incident or not."

Submitting that she has been targeted and falsely implicated in the matter as she was successful in generating massive support in favour of the Farmers' movement, Dalit Labour Activist Nodeep Kaur had claimed in her Bail plea (filed before the Punjab & Haryana High Court) that she was beaten, tortured and suffered multiple injuries.

In her bail plea, she had claimed that after arresting her, the Police Officials took her to the Police Station "in absence of any woman police official" and was "beaten black and blue by the police officials."

Significantly, the National Human Rights Commission (NHRC) has asked the Haryana Police for a report on a complaint that labour activist Nodeep Kaur.

Arrested by the Sonipat Police on January 12 on charges of attempt to murder, rioting, and assault to deter a public servant from discharge of his duty under the Indian Penal Code, among others.

Responding to allegations of torture, the police had said, "She did not raise the issue of assault by police officers either before the Medical Officer or the Chief Judicial Magistrate."