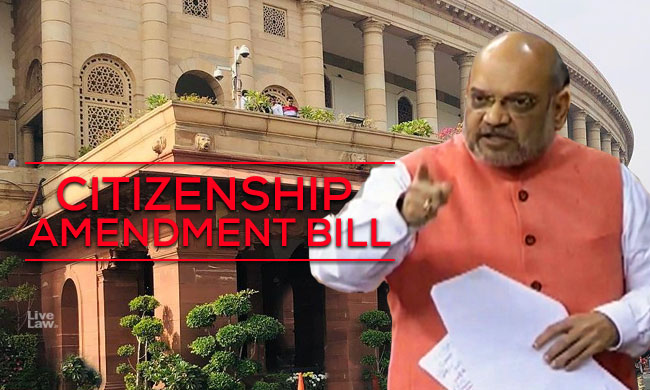 After an intense debate which spilled over eight hours, the Lok Sabha passed the contentious Citizenship (Amendment) Bill 2019, which seeks to amend the Citizenship Act 1955.Speaker Om Birla declared the bill passed, after it got 311 'ayes' and 80 'noes' . The discussion started around 4PM on Monday and went on past midnight.The bill seeks to relax conditions for acquiring citizenship...

After an intense debate which spilled over eight hours, the Lok Sabha passed the contentious Citizenship (Amendment) Bill 2019, which seeks to amend the Citizenship Act 1955.

Speaker Om Birla declared the bill passed, after it got 311 'ayes' and 80 'noes' . The discussion started around 4PM on Monday and went on past midnight. 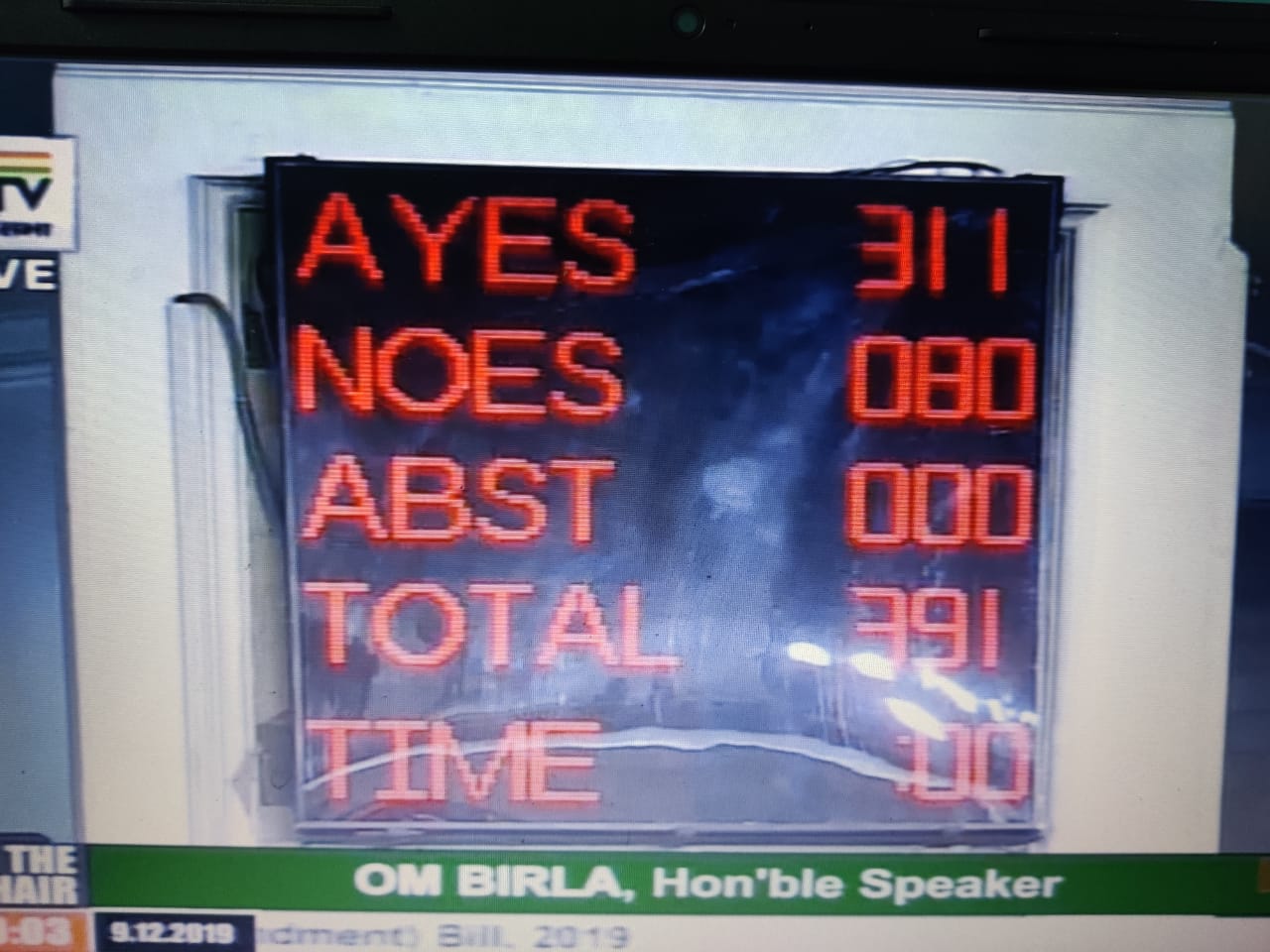 The bill seeks to relax conditions for acquiring citizenship for non-Muslim migrants from Pakistan, Bangladesh and Afghanistan.

As per the bill, Hindus, Sikhs, Buddhists, Parsis, Jains and Christians who migrated to India without travel documents from Pakistan, Bangladesh and Afghanistan on or before December 31, 2014 will not be regarded as illegal migrants. This is proposed to be done by inserting a new proviso to Section 2(1)(b) of the Citizenship Act 1955. The present Citizenship Act does not recognize the claims of illegal migrants for citizenship.

The bill also proposes to relax the condition for acquisition of citizenship by naturalization for non-Muslim migrants from these countries. As per the existing law, a person should be a resident in India for the period of 12 months immediately preceding the date of application, and also should have been residing in India for 11 out of the 14 years preceding the said period of 12 months.

Speaking about the bill, Home Minister Amit Shah said that it was intended to protect minorities who fled to India due to religious persecution in Pakistan, Bangladesh and Afghanistan. The bill does not violate Constitution. The bill makes a classification on the basis of theocratic states which have Islam as a state religion.This is a reasonable classification under Article 14, he said.

The Bill has nothing to do with Muslims in India. It deals with religiously persecuted communities who live in the said three countries, said Shah.  Discussion on the bill can proceed only accepting the basic fact that partition of the country was done on the basis of religion, the home minister added.

Congress MP Manish Tewari criticized the bill saying it violated the basic features of the Constitution. Birth and descent have been the main factors determinative of Indian citizenship. Religion has never been made a consideration. The Bill goes against Articles 14, 15 of the Constitution, he said.

DMK MP  Dayanidi Maran, opposing the bill, said that if the real intent of the bill was to protect minorities, it would have included Tamil refugees from Sri Lanka. Through this Bill, India is essentially saying, 'we don't want Muslims'. Maran also asked why Muslims who flee from Pakistan occupied Kashmir are not brought under the proposed legislation.

Abhishek Banerjee, Trinamool Congress MP, said that the bill has to be read in the context of the NRC exercise.

"If persecution is the criteria, everyone who is facing persecuted on the basis of religion should be considered", he asked.

Supriya Sule, NCP MP, asked whether the failure of NRC was the reason behind the bill.

"There is a perception of insecurity in the minds of average Indian Muslim these days. If the second largest community in the country is feeling insecure, the government needs to rethink the move. It is our moral duty to stand by every community of the country. I am not convinced by the arguments of Home Minister", Sule said.

Taking a cue from DMK MP @Dayanidhi_Maran , Sule asks "What about atheists? What will happen to those who do not identify with any religion?" @supriya_sule #CABBill #CitizenshipAmendmentBill pic.twitter.com/vXgTR11X0s

BJP MP Meenakshi Lekhi said that the bill was not about Muslims in India, but about minorities in other countries.

If Hindustan does not accept Hindus, which country will?, asks Meenakshi Lekhi @M_Lekhi #CitizenshipAmendmentBill #CABBill

AIMIM MP Asaduddin Owaisi said that the bill was made to help those Hindus who could not make it to the Assam NRC list.

"Why there is no mention about China in the Bill? There are Muslims who face persecution there", he asked questioning the intent of the bill.

#CABBill is made to help those Hindus who could not make it to the Assam NRC list : Asaduddin Owaisi, AIMIM MP @asadowaisi pic.twitter.com/ffaDgHyXHd

Owaisi later tore apart a copy of the bill, saying he was following Gandhi who tore up copies of race laws in South Africa in 1910.

Shiv Sena MP Vinayak Raut, seemingly in opposition of the bill, said that grant of citizenship to illegal migrants will put a burden on the limited resources of the country. They should not be given voting rights for at least 25 years, he added.