[Breaking] Ministry Of Electronics, NIC And NeGD Have No Information About Who Created Arogya Setu App & How It Was Created: CIC Summons CPIOs 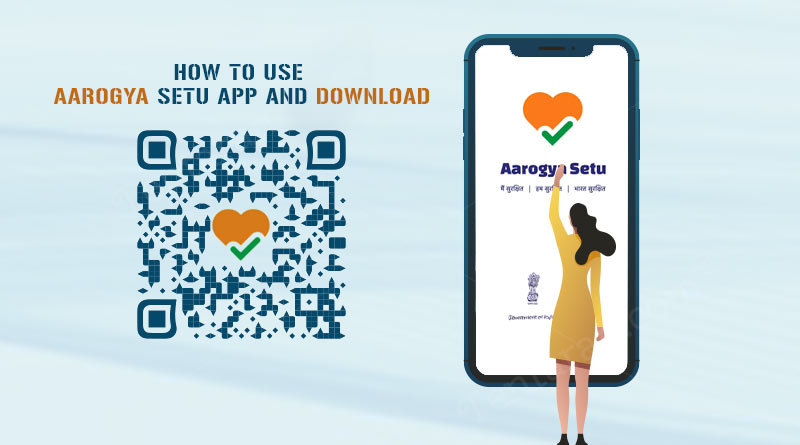 x
"None of the CPIOs were able to explain anything regarding who created the App, where are the files, and the same is extremely preposterous", the CIC stated.

The Central Information Commission on Tuesday issued show-cause notices to the Central Public Information Officers(CPIOs) of the Ministry of Electronics and Information Technology, National Informatics Centre and National E-Governance Division(NeGD) to show reasons as to why penalty u/s 20 of the Right To Information Act should not be imposed on them for prima facie obstruction of information...

The Central Information Commission on Tuesday issued show-cause notices to the Central Public Information Officers(CPIOs) of the Ministry of Electronics and Information Technology, National Informatics Centre and National E-Governance Division(NeGD) to show reasons as to why penalty u/s 20 of the Right To Information Act should not be imposed on them for prima facie obstruction of information and providing an evasive reply on an RTI application related to Arogya Setu App.

The CIC also asked NIC to explain that when in the Aarogya Setu website it is mentioned that the platform was designed, developed and hosted by it, then how is it that they do not have any information about creation of the App.

"The Commission directs the CPIO, NIC to explain this matter in writing as to how the website https://aarogyasetu.gov.in/ was created with the domain name gov.in, if they do not have any information about it," Information Commissioner Vanaja N. Sarna ordered.

"None of the CPIOs were able to explain anything regarding who created the App, where are the files, and the same is extremely preposterous", the CIC stated.

Commission has issues show cause notices to

The Commission directs the above-mentioned CPIOs to appear before the bench on 24.11.2020 at 01.15 pm to show cause as to why action should not be initiated against them under Section 20 of the RTI Act. The CPIOs are also directed to send a copy of all supporting documents upon which they choose to rely upon during the hearing. The said documents be sent to the Commission atleast 5 days prior to the hearing via linkpaper. If any other persons are responsible for the said omission, the CPIO shall serve a copy of this order on such persons to direct their presence before the bench as well.4. Shri Swarup Dutta, Scientist F and CPIO NIC to explain why penalty u/s 20 of the RTI Act should not be imposed on them for prima facie obstruction of information and providing an evasive reply.

The development comes in a complaint filed by one Saurav Das, stating that the relevant authorities, i.e. NIC, National E-Governance Division (NeGD) and Ministry of Electronics & Information Technology (MeitY), had failed to furnish information about the process of creation of Aarogya Setu App and other information relating to its creation.

He submitted that the RTI was filed with the NIC, which stated that it "does not hold the information" relating to the App's creation, which is very surprising since it is the App's developer.

He further submitted that even NeGC and MeitY had not provided any information relating to the App's creation and other matters.

Concerned by such denial of information for an App that is being used by masses at large, the Petitioner had submitted,

"No one has any information on how this App was created, the files relating to its creation, who has given inputs for this App's creation, what audit measures exists to check for misuse of the personal data of millions of Indians, whether any anonymisation protocols for user data have been developed and about who this data is being shared with. This is despite the fact that any omissions and commissions by these public authorities and any failure to perform their duties as outlined and mandated under the Protocol, 2020, could essentially lead to security compromise of millions of Indians' personal and user data. This would be a grave breach of fundamental right to privacy on a massive scale and threaten people's constitutionally guaranteed right to life and liberty."

Though the Commission refrained from making any remarks on the privacy aspect, it pulled up the authorities for giving "evasive kind of reply" to the Complainant.

The Commission noted that the authorities had used Section 6(3) of the Act to transfer the RTI application to one-another but no one had disclosed any information. Deprecating such practice, the Commission held,

"Denial of information by all the concerned authorities cannot be accepted at all…Sec 6(3) of the RTI Act cannot be used by public authorities to push off the matter.

It is a current issue and it is not possible that there was no file movement while creating this App, a citizen cannot go round in circles to find out the custodian.

"The complainant's plea that the CPIO, National E-Governance Division, MEITY should be penalised under section 20(1) and 20(2) of the RTI Act for wilfully and repeatedly refusing to act in conformity with the RTI Act despite sending repeated reminders requesting them to furnish the information seems correct in the absence of a reasoned and justifiable reply from the CPIOs concerned".

The addressees cannot simply wash their hands off by stating that the information is not available with them. Some effort should have been put in to find out the custodian(s) of the information sought, by the concerned public authorities when apparently they are the relevant parties."

The Commission further observed that the CPIO, NeGD could not explain why it took him almost two months to provide a reply and that too informing that the information sought is not related to NeGD.

Similarly, it noted, CPIO, MeitY could not give a plausible explanation as to from where the information relating to the creation of Arogya Setu app can be accessed, except that the creation of the same involves inputs from NITI Ayog. He further could not explain as to how it is possible that the App was created and the Ministry of Electronics and Information Technology has no clue about its origin.

Remarking that this stand of the authorities is "extremely preposterous", the Commission directed all three CPIOs of MeITY, NeGD and NIC, to remain present before it on November 24, 2020, to show cause as to why action should not be initiated against them under Section 20 (Penalty for failure to supply information without any reasonable cause) of the RTI Act.

"The CPIO, NIC's submissions that the entire file related to creation of the App is not with NIC is understandable, but the same submissions if accepted from MeITY, NeGD and NIC in toto, then it becomes more relevant to now find out how an App was created and there is no information with any of the relevant public authorities."

Update : After the publication of the report, the Ministry of Electronics and Information Technology issued a public clarification, which may be read here.