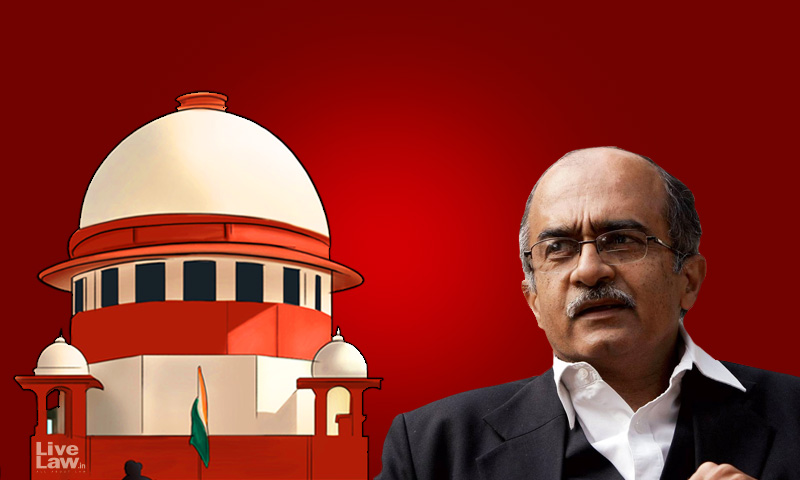 The Supreme Court Bench headed by Justice Arun Mishra on Tuesday directed the listing of the 2009 contempt case against Prashant Bhushan before another bench on September 10 based on the orders of CJI."I am short of time. I am demiting office", J Mishra observed.Senior Advocate Rajeev Dhavan, appearing for Bhushan, submitted that he has raised some questions of law and that the matter ought to...

The Supreme Court Bench headed by Justice Arun Mishra on Tuesday directed the listing of the 2009 contempt case against Prashant Bhushan before another bench on September 10 based on the orders of CJI.

"I am short of time. I am demiting office", J Mishra observed.

Senior Advocate Rajeev Dhavan, appearing for Bhushan, submitted that he has raised some questions of law and that the matter ought to be referred to Constitution Bench. Dhavan also urged the bench to hear Attorney General as issues of constitutional importance are involved.

"These questions must be resolved for "once and for all". The Court's free speech jurisprudence has expanded and its impact on contempt law must be considered", Dhavan submitted(The questions framed by Bhushan may be read here).

However, Justice Mishra observed that there was paucity of time, given the fact that he was retiring on September 3.

Justice Mishra therefore said that it was appropriate that the matter was considered by another bench on September 10.

The question whether notice should be issued to the Attorney General is also left to the other bench, Justice Mishra said.

On August 17, a bench of Justices Arun Mishra, BR Gavai & Krishna Murari stated that the following questions, having larger ramifications, arose in the case: