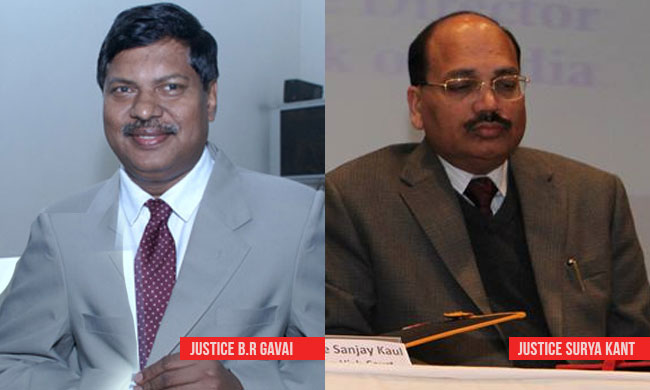 "While recommending the names of Mr. Justice Bhushan Ramkrishna Gavai and Mr. Justice Surya Kant, the Collegium has taken into consideration combined seniority on all-India basis of Chief Justices and senior puisne Judges of High Courts, apart from their competence, conduct and integrity. The Collegium has also kept in mind the desirability of giving due representation on the Bench of the Supreme Court, as far as possible, to all the High Courts as well as to all sections of the society including those belonging to SC/ST/OBC categories, women and minorities. We are also conscious of the fact that some High Courts have remained unrepresented in the Supreme Court"

Mr. Justice Bhushan Ramkrishna Gavai was appointed as a Judge of the Bombay High Court on 14th November, 2003 and has been functioning there since then. He stands at Sl. No.8 in the combined seniority of High Court Judges on all-India basis. The Collegium while recommending his name has duly considered Mr. Justice Gavai's position (Sl.No.4) in the seniority of Judges hailing from Bombay High Court. His recommendation, in no way, is to be misconstrued to mean that three senior-most Judges from Bombay High Court (two of whom are serving as Chief Justices) are less suitable than Mr. Justice Gavai. On his appointment, the Supreme Court Bench will have a Judge belonging to Scheduled Caste category after about a decade.