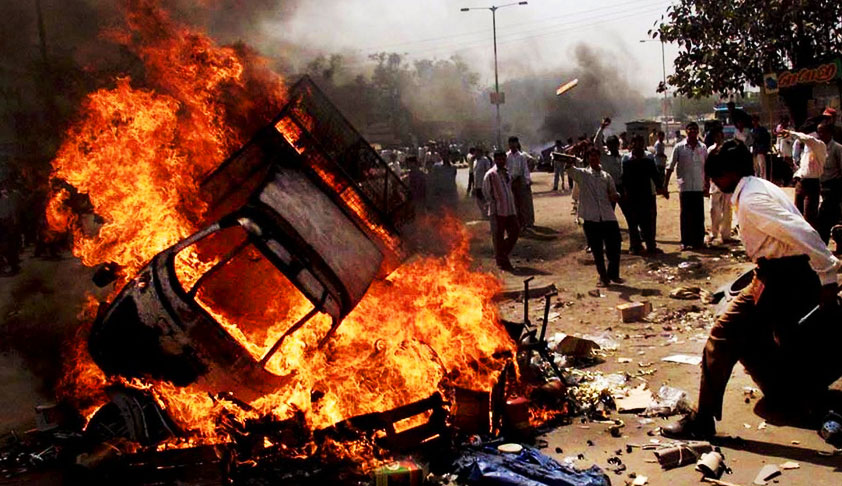 The Supreme Court today directed the Gujarat Government to pay Rs 50 lakh compensation and to provide government job to a woman who was gang raped during Gujarat riots of 2002.

She was 21 years old at the time of the incident. Her three year old child was killed in riots.

The bench of CJI Gogoi, Justices Deepak Gupta and Justice Sanjiv Khanna also directed the Government to provide her accommodation at a a place of her choice, after noting that she had been living a nomadic life since 2002.

"Feel lucky that we are not observing anything against your government in the order", CJI Gogoi told Hemantika Wahi, standing counsel of Gujarat.

The rape survivor approached the SC seeking exemplary compensation , after declining the offer of Rs 5 lakh compensation made by the Gujarat Government.

She also sought disciplinary proceedings against the police officials who were convicted by  High Court in the case.

The bench was informed by the state's counsel that pension benefits of the erring officials have been stopped and the IPS officer who was convicted by the Bombay High Court in the case has been demoted by two ranks.

Victim had earlier refused to accept the offer of Rs 5 lakh and had sought exemplary compensation from the state government in a plea before the top court.

The top court had earlier asked the Gujarat government to take disciplinary action in two weeks against the erring police officials, including an IPS officer, convicted by the Bombay High Court in the case.

A special court had on 21 January, 2008 convicted and sentenced to life imprisonment 11 men for raping her and murdering seven of her family members in the aftermath of the Godhra riots, while acquitting seven persons including the policemen and doctors.