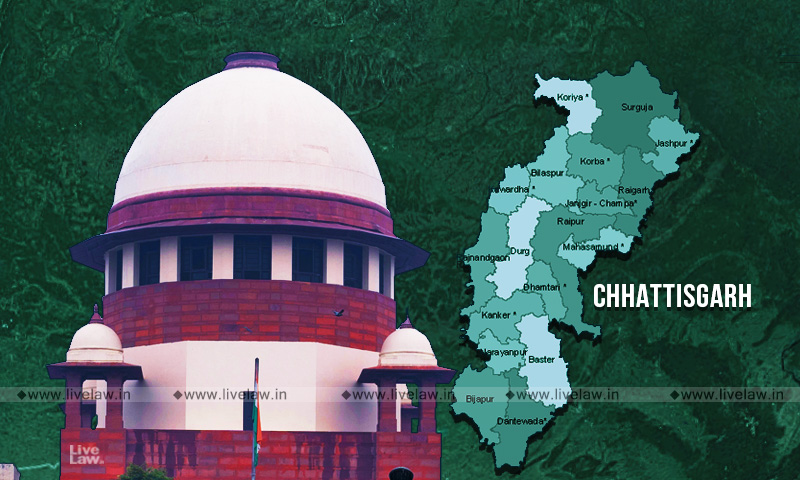 The State of Chhattisgarh has filed an original suit in the Supreme Court under Article 131 challenging the National Investigation Agency Act 2008 stating that it is ultra vires the Constitution.This is the second suit by a state government filed this week against a Central legislation. On Monday, Kerala had filed a suit against the Citizenship Amendment Act 2019.It is stated in the plaint...

The State of Chhattisgarh has filed an original suit in the Supreme Court under Article 131 challenging the National Investigation Agency Act 2008 stating that it is ultra vires the Constitution.

This is the second suit by a state government filed this week against a Central legislation. On Monday, Kerala had filed a suit against the Citizenship Amendment Act 2019.

It is stated in the plaint that the Act is beyond the "legislative competence of the Parliament" and is against the "federal spirit" of the Constitution.

"Police" is a subject of State as per Entry 2 of List II of the Seventh Schedule of the Constitution. Hence, giving police powers to the Centre is against the Constitution, argues the plaint.

As per the plaint :

"A holistic appreciation of the fact that "Police" was placed under List- II as the subject matter of State, with power to investigate, and equally significant fact that no such entry of "Police" or even any incidental or ancillary entry was provided in List 1 i.e., Centre List suggests that the framing of a legislation such as NIA Act by the Parliament, which creates an "investigation" agency having overriding powers over the "Police" of a State, was never the intention of the makers of the Constitution".

It is further added that NIA disrupts the constitutional scheme of relationships between the Centre and the State.

"The provisions of the act leave no room of coordination and pre-condition of consent, in any form whatsoever, by the Central government from the State government which clearly repudiates the idea of state sovereignty as envisaged under the Constitution of India. The plaintiff submits that the scheme of NIA act is such that once brought in motion, it completely takes away the power of plaintiff to investigate the offences which have been categorised as scheduled offence under the NIA Act and which has been committed within the jurisdiction of the State", reads the plaint.

It is also stated in the plaint that the "language of Section 6 (4), 6(6) of the NIA Act, the mandate of Section 7, 8 and 10 of the NIA Act is also contrary to the constitutional scheme of distribution of power, as enumerated under Schedule 7, since the matters arising within the territorial jurisdiction of any State which are generally investigated by Police, has been taken away and the meaning and purpose of Entry – II, List- II of Schedule 7 has been rendered otiose".

The Act in effect creates a "National Police", affecting the rights of the State, argues Chhattisgarh, which is at present ruled by a Congess-led government.

The plaint seeks a decree of declaration that the NIA Act 2008 is unconstitutional.

In the alternative, it seeks to declare Sections 6, 7, 8 and 10 of the Act as ultra vires. Another alternative prayer is sought for framing appropriate guidelines for the exercise of powers under Section 25(1) of the Act.

The plaint states that the investigation of offences within the territorial limits of Chhattisgarh by NIA gives rise to a dispute for adjudication under Article 131.

The plaint also refers to the reference order made by a two-judge bench of the SC in the 2014 State of Jharkhand v State of Bihar case to buttress the point of maintainability of suit against central legislation.