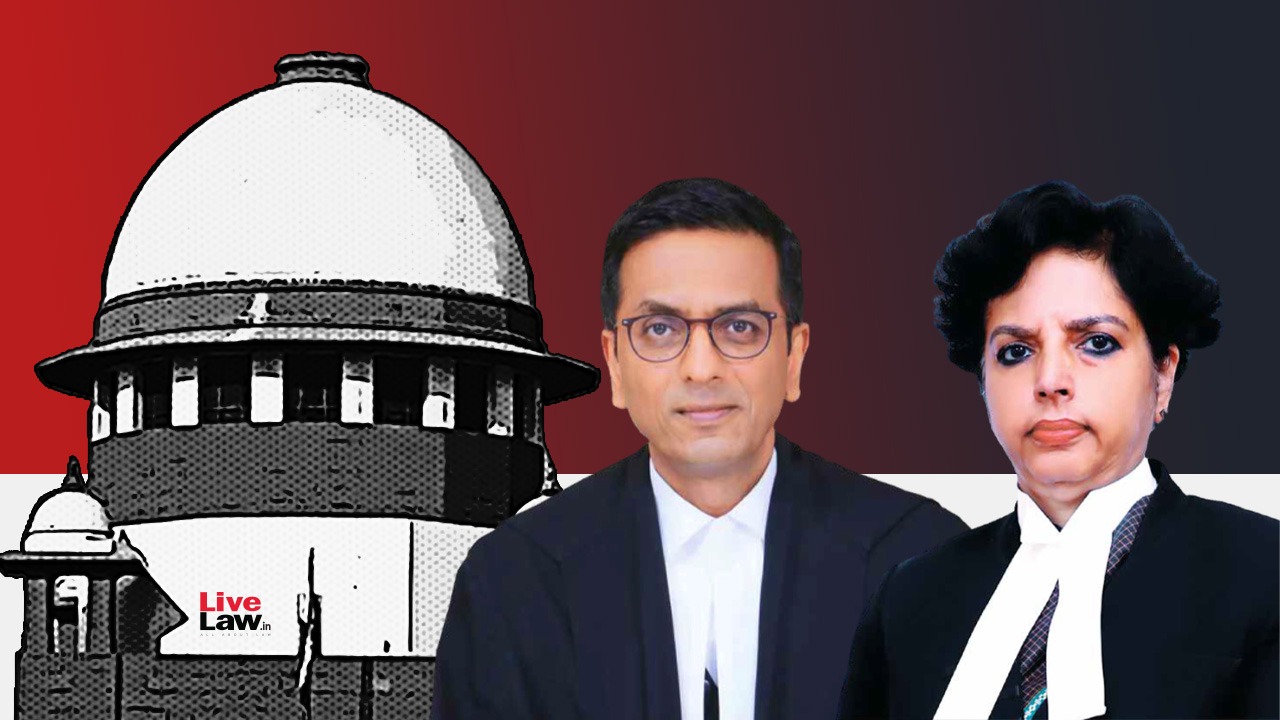 The Supreme Court on Monday prohibited "Two-Finger Test" in rape cases and warned that persons conducting such tests will be held guilty of misconduct.

It is regrettable that "two-finger test" continues to be conducted even today, a bench comprising Justices DY Chandrachud and Hima Kohli lamented while restoring the conviction in a rape case.

"This court has time and again deprecated the use of two finger test in cases alleging rape and sexual assault. The so called test has no scientific basis. It instead re-victimises and re-traumatises women. The two finger test must not be conducted....The test is based on an incorrect assumption that a sexually active woman cannot be raped. Nothing can be further from the truth", the bench observed while pronouncing the judgment.

"The probative value of a woman's testimony does not depend on her sexual history. It is patriarchal and sexist to suggest that a woman cannot be believed when she states that she was raped merely because she is sexually active", the bench added.

The bench directed the Union Health Ministry to ensure that survivors of sexual assault and rape are not subject to two finger test.

The Bench directed the Union Govt, as well as State Governments to ensure that the guidelines formulated by the Department of Health and Family Welfare (proscribes two finger test) are circulated to all Govt and private hospitals.

It also directed to review curriculums in medical schools so that the two finger test is not prescribed as one of the procedures to be adopted while examining survivors of sexual assault and rape.

The Court was deciding an appeal filed against a judgment of the Telangana High Court which overturned the conviction recorded by a trial court in a rape case.

(Story to be updated after judgment is uploaded)

Two Finger Test - The "two-finger test" or pre vaginum test must not be conducted - It has no scientific basis and neither proves nor disproves allegations of rape. It instead re-victimizes and re-traumatizes women who may have been sexually assaulted, and is an affront to their dignity - It is patriarchal and sexist to suggest that a woman cannot be believed when she states that she was raped, merely for the reason that she is sexually active - Referred to Lillu v. State of Haryana (2013) 14 SCC 643 - Directions issued to the Union Government as well as the State Governments - Ensure that the guidelines formulated by the Ministry of Health and Family Welfare are circulated to all government and private hospitals - Conduct workshops for health providers to communicate the appropriate procedure to be adopted while examining survivors of sexual assault and rape - Review the curriculum in medical schools with a view to ensuring that the "two-finger test" or per vaginum examination is not prescribed as one of the procedures to be adopted while examining survivors of sexual assault and rape. (Para 61-66)

Criminal Trial - Factors responsible for witnesses turning hostile - Referred to Ramesh v. State of Haryana (2017) 1 SCC 529 - Witnesses who know the deceased victim may turn hostile because they wish to move on with their lives. Testifying as to the circumstances surrounding the rape and death of a loved one can be a deeply traumatizing event, which is only compounded by the slow pace of the criminal justice system. (Para 53-54)