[Breaking]Supreme Court To Deliver Judgment On Plea Against NLAT2020 On Monday, September 21 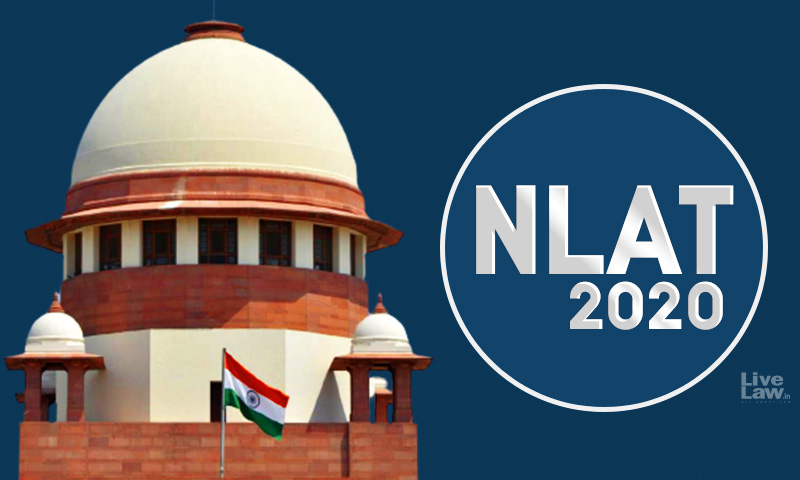 The Supreme Court on Thursday observed that it shall deliver judgment on the plea challenging the conduct of a separate examination (NLAT) by National Law University of India, Bangalore on Monday.A bench of Justices Ashok Bhushan, R. Subhash Reddy and MR Shah was hearing a plea filed by Former VC of NLSIU, Prof. (Dr.) RV Rao and an aggrieved law school aspirant challenging the sudden...

The Supreme Court on Thursday observed that it shall deliver judgment on the plea challenging the conduct of a separate examination (NLAT) by National Law University of India, Bangalore on Monday.

Datar initially raised the issue of locus standi and submitted that NLAT should have been challenged by CLAT itself. But, the Petitioner was a former VC. On the aspect of maintainability, Datar said that the VC was not associated with NLAT at all and yesterday, they had written to NLSIU saying that funds of Rs. 4 crore had to be transferred.

Datar then read out the bylaws, objectives and the functions, constitution of the governing body to the Bench.

"This is only a society, not cooperative society. We are registered under the Societies Registration Act. Bylaws are not fully implemented. For MPhil, we conducted our own exam. For autonomy, we can conduct separate exam. We said that will go back to CLAT 2020 next year. If, for some reason they are unable to comply in light of extraordinary situations, I can conduct my own exam", submitted Datar.

Poovayya said that the AI proctored examination by the university was well invigilated and all those students who indulged in malpractices were disqualified.

However the Bench has restrained the Administration from declaring the results and making Admissions.

"In the meantime, the examination for admission in pursuance of Notification dated 04.09.2020 may take place but neither the result shall be declared nor any admission be made consequent thereto. We make it clear that conducting of examination shall be subject to the outcome of the writ petition".Yesterday, the Supreme Court Bench had heard arguments advanced by Senior Advocates Nidhesh Gupta and Gopal Sankaranarayanan, appearing on behalf of the Petitioners.

The plea filed by the parent of a CLAT aspirant has been filed through Advocate on Record Kush Chaturvedi.