Breath Analysis Or Blood Test Not Necessary For Insurer To Reject Claim On Ground Of Drunken Driving : Supreme Court 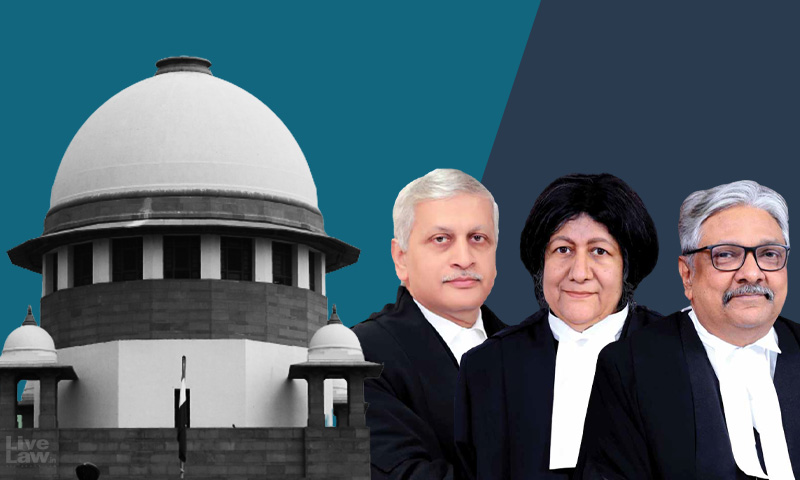 x
"If the Breath Analyser or any other test is not performed for any reason, the Insurer cannot be barred from proving his case otherwise"

In a notable judgment, the Supreme Court has held that a breath analyzer test or blood test as contemplated under the Motor Vehicles Act is not necessary for an insurer to repudiate an accident policy claim on the ground of drunken driving.

The Court held that if the insurance company is able to establish from the facts that the driver was under the influence of alcohol at the time of the accident, it will not be deprived of its right to exclude the policy benefit merely on the ground that the scientific tests for alcohol presence were not carried out.

"...in cases, where there is no scientific material, in the form of test results available, as in the case before us, it may not disable the insurer from establishing a case for exclusion. The totality of the circumstances obtaining in a case, must be considered", a division bench comprising Justices UU Lalit, Indira Banerjee and KM Joseph observed in the case IFFCO Tokio General Insurance Company Ltd v Pearl Beverages Ltd.

Even if the exact alcohol content present in the body was not established, the insurer can invoke the exclusion clause in the policy contract, if the attendant circumstances show that the accident was caused while driving under the influence of alcohol.

The Court was considering an appeal filed by the insurance company against an order of the National Consumer Disputes Redressal Commission which held the insurer at fault for excluding the policy liability on the ground of drunken driving. According to the NCDRC, the insurer had to prove that the alcohol content was above 30 mg/100 ml of blood, as stipulated under Section 185 of the Motor Vehicles Act. The NCDRC held that without proving the said alcohol content presence through the scientific results of breath analyzer and blood tests as prescribed in Sections 203 and 204 of the MV Act, the insurer cannot exclude the liability.

Holding so, the NCDRC reversed the order of the State Consumer Disputes Redressal Commission which had rejected the complaint of the insured against the repudiation of the policy.

The Supreme Court observed that the requirement of Section 185 is in the context of a criminal offence.

If prosecution has not filed a case under Section 185,that does not mean that a competent Forum under the Consumer Protection Act, is disabled from finding that the vehicle was being driven by the person under the influence of the alcohol.

"The presence of alcohol in excess of 30 mg per 100 ml. of blood is not an indispensable requirement to enable an Insurer to successfully invoke the clause. What is required to be proved is driving by a person under the influence of the alcohol", the judgment authored by Justice KM Joseph held(Paragraph 57).

"If the Breath Analyser or any other test is not performed for any reason, the Insurer cannot be barred from proving his case otherwise"

"It is not difficult to contemplate that the accident may take place with the driver being under the influence of alcohol and neither the Breath Test nor the laboratory test is done. A driver after the accident, may run away. A test may never be performed.However,there may be evidence available which may indicate that the vehicle in question was being driven at the time of the accident by a person under the influence of alcohol. It cannot then be said that merely because there is no test performed, the Insurer would be deprived of its right to establish a case which is well within its rights under the contract"(Paragraph 58)

"The requirement under Section 185 of the Motor Vehicles Act is not to be conflated to what constitutes driving under the influence of alcohol under the policy of insurance in an Own Damage Claim. Such a claim must be considered on the basis of the nature of the accident, evidence as to drinking before or during the travel, the impact onthe driver and the very case set up by the parties"(Paragraph 101, 106(G).

The Court noted that the medical practitioner had discerned the smell of alcohol in the body of the driver. The incident took place during the wee hours. There was no explanation from the parties regarding the cause of the accident. The driver and the co-passenger were in their late twenties. Both of them had consumed alcohol.

The car, a Porsche, which has a very powerful engine and capable of achieving enormous speed, is reported to have gone out of control and hit at a massive force with the footpath of the road near India Gate at New Delhi. The care overturned and caught fire. Fire services had to come to douse the fire. The car was rendered a total wreck.

The Court observed that there would be very less traffic at the time of the accident and that the road was very wide. So something out of ordinary must have happened to cause the accident.

"We can take judicial notice of the fact that the roads in the Capital City, particularly in the area, where the accident occurred, are sufficiently wide and the vehicle dashing against the footpath and turning turtle and catching fire, by itself, does point to, along with the fact that the alcohol which was consumed manifests contemporaneously in the breath of the driver, to conclude that alcohol did play the role, which, unfortunately, it is capable of producing", the judgment noted.

The Court also took note of the fact that the driver had pleaded guilty in the prosecution for rash and negligent driving under Section 279 of the Indian Penal Code.

The Court observed that the view of the State Commission that the accident was caused due to drunken driving, by applying the principles of res ipsa loquitor, was a probable view. Therefore, the National Commission was at error in reversing it in a summary proceeding.

Appearances : Shivam Singh for the appellant; Senior Advocate Gopal Sankaranarayanan for the respondent.