Builder Can't Be Asked To Raze Down Validly Constructed Structures Due To Later Changes In Environmental Clearance Law : Supreme Court 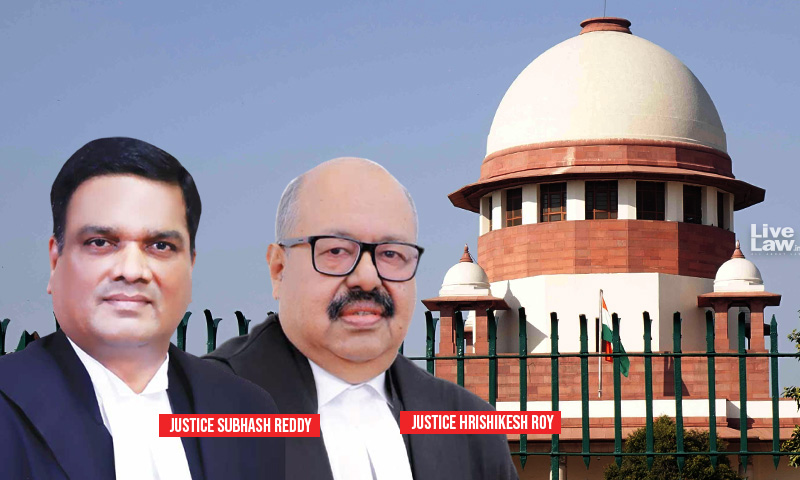 x
"A Project Proponent is not expected to anticipate the changes in EC regimes, especially as a result of judicial interventions, and keep revisiting the sanctioned clearances by the competent authority or even raze down validly constructed structures"

In a recent judgment, the Supreme Court validated the pre-existing construction made by a Project Proponent, based on the Environmental Clearance (EC) obtained as per the legal framework that existed at the relevant time, invoking the principle of legitimate expectation. However, the Apex court directed further construction to be carried out only after obtaining fresh EC under the...

In a recent judgment, the Supreme Court validated the pre-existing construction made by a Project Proponent, based on the Environmental Clearance (EC) obtained as per the legal framework that existed at the relevant time, invoking the principle of legitimate expectation. However, the Apex court directed further construction to be carried out only after obtaining fresh EC under the existing environmental regime.

A Bench comprising Justices R. Subhash Reddy and Hrishikesh Roy endorsed the order of the National Green Tribunal to the extent that the Appellant's EC though invalidated beyond a certain period, its pre-existing constructions made on the said EC were protected.

The Appellant initially came up with a project of 15,040 sq. m., which was below the Environment Clearance threshold limit of 20,000 sq. m. It approached the Pimpri Chinchwad Municipal Corporation (PCMC) with the layout to eventually obtain the Environment Clearance from SEIAA. The requisite permissions were granted for 15.040 sq. m. Being below the threshold limit, EC was not required for the construction, at this stage.

The Appellant obtained permission to expand the project to a built up area of 49,012 sq. m. It approached the PCMC with a layout and received requisite approval from the Municipal Corporation on 28.11.2016. The Ministry of Environment, Forest and Climate Change (MoEFCC) brought about a change in the EIA regime by notification dated 09.12.2016, whereby the EC could be obtained from the Environmental Cell of the local authorities like PCMC. This was supplemented by the notification dated 07.07.2017, which stated that no separate EC are required for projects upto 1,50,000 sq. m. in Pune and Konkan division. The State of Maharashtra adopted the 2016 notification. Thereafter, the Appellant applied for EC and the PCMC appraised the same and permissions were granted as per 2016 and 2017 notification. In the meanwhile, the NGT quashed certain portions of the 2016 notification on 08.12.2017 and MoEFCC was directed to revisit the said notification accordingly.

The Original Applicant had approached the NGT alleging that the Appellant had made constructions without obtaining the EC from SEIAA. A three member Committee of NGT, on field verification reported that construction on 22930.17 sq. m. was already completed. In its order dated 17.11.2020, the NGT took the view that the constructions were irregular. The Appellant, aggrieved, approached the Apex Court, which after setting aside the order of NGT remitted the matter back for its consideration.

Contention raised by the Appellant

Contention raised by the Original Applicant

The argument resorted to, by the Original Applicant was that considering the quashing order of the NGT, the construction pursuant to the grant of EC on the basis of 2016 notification would not be legitimised.

The NGT observed that the invalidation of the 2016 notification made the EC obtained from the PCMC unacceptable and not valid. Thus, it ordered the concerned authority to take coercive action for the constructions made after its order dated 08.12.2017. However, placing reliance on the judgment rendered in Goan Real Estate and Constructions Ltd. v. Union of India (2010) 5 SCC 388, the NGT decided to protect the construction already raised by the Appellant and directed it to obtain valid EC for completing the rest of the project.

Findings of the Supreme Court

The Supreme Court noted that the committee, which included a member of SEIAA, as appointed to conduct field duty by the NGT, in its report had suggested that the Appellant had received the EC on 28.11.2017 at which point in time the PCMC was the competent authority to issue EC.

It observed that only on 29.01.2018, the State of Maharashtra had issued directions that the Municipal Authorities should not process EC. However, neither the State notification nor the NGT order suggested any adverse action for pre-existing constructions. Moreover, by notification dated 14.11.2018 and 15.11.2018, the MoEFCC had vested the power to grant EC with the Municipal Corporation, the only change being it has to be granted by the Corporations and not its Environmental Cell.

"The principle of the rule of law as explained in De Smith's Judicial Review, such as, Regularity, Predictability and Certainty in Government's dealings with the Public, must operate in the present matter.The Project Proponent can legitimately expect a certain degree of stability in the manner in which environmental regime is set and how the applications are processed. The actions of the authorities are expected to adhere to the prevalent norms only, without the element of uncertainty for the executed project."

Considering that the Appellant had acted on the EC and made substantial investments, the Court was of the opinion that they cannot be pushed to a precipice and be made to fall. The same was thought to have been inequitable given the fact that the Appellant had acted within the legal framework of the environmental regime as existed at the relevant time. Additionally, the Court noted that third party rights have also been created. Commenting that a Project Proponent cannot be expected to act gauging the future changes in the environmental regime, it observed -

"A Project Proponent is not expected to anticipate the changes in EC regimes, especially as a result of judicial interventions, and keep revisiting the sanctioned clearances by the competent authority or even raze down validly constructed structures. Neither can it be expected to knock the doors of an authority, not empowered at the relevant time, to process its applications. Such a scenario would render the process akin to a Sisyphean task, eternally inconclusive and never ending."

Endorsing the order of the NGT the Court held that the already constructed four buildings would be treated as valid, however for future construction in the sanctioned layout, the Appellant ought to obtain a fresh EC from the competent authority as per the current regime.