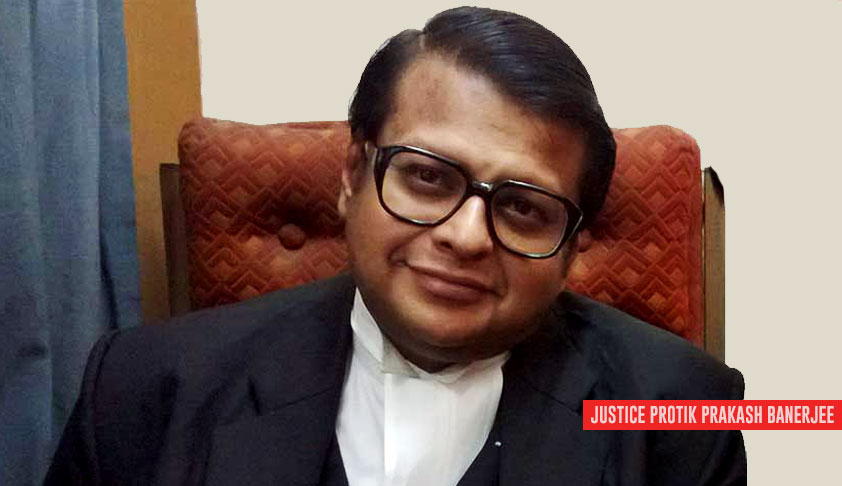 He was elevated as an additional judge of the Calcutta High Court in September 2017.

He enrolled at the bar on January 25, 1995 and practised in the Calcutta HC.

Son of Late Mukul Prokash Banerjee, Senior Advocate and past Secretary of the Bar Association of the High Court at Calcutta, and the late Lekha Banerjee, Advocate,  Justice Banerjee was educated at Calcutta Boys' School and University College of Law, the University of Calcutta.

While at the Bar, he wrote commentaries on several subjects, including the Bengal Excise Act, the Essential Commodities Act, the Original Side Rules and the Appellate Side Rules, which went into more than one edition. He was a guest lecturer at NUJS taking contract, company and drafting "clinic" classes and till elevation, used to write a blog on Lawoctopus, under the name "Protik Da".

As a judge, he has delivered judgments upholding individual liberties and gender equality. In a case concerning denial of child care leave, Justice Banerjee observed "patriarchy is inconsistent with the normative demands of democratic constitutionalism, its persistence is a continuing threat to democracy".

Last year, he had passed an order granting interim protection from arrest to Rajeev Kumar IPS, in the sensational CBI vs Kolkata police case, after framing a question of law : "Can CBI seek custodial interrogation of a person who is not an accused in the case?".

He had also framed questions regarding the validity of the Central Bureau of Investigation in a case and referred the issues to the larger bench.

He also recused from hearing a case on the ground that the lawyer was his 'Facebook friend".