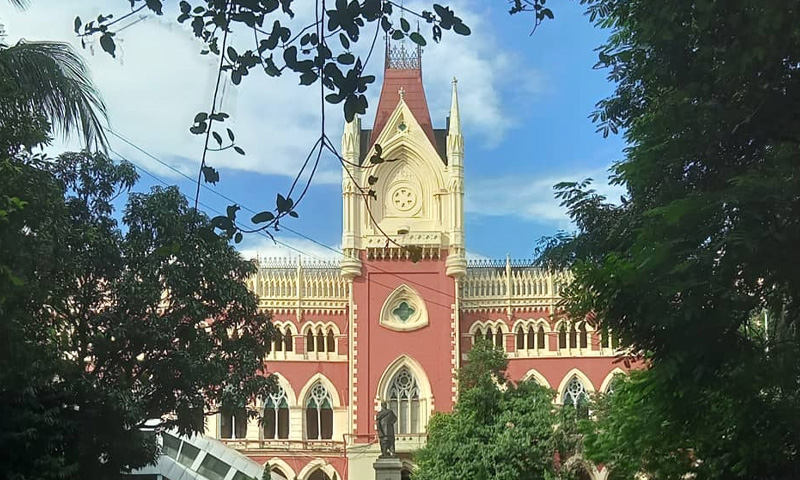 The Calcutta High Court vide order dated January 13, 2022, directed the State Election Commission to consider postponing the conduct of the upcoming municipal elections in Siliguri, Chandernagore, Bidhannagar and Asansol for a short period of 4 to 6 weeks in the wake of the 'galloping speed with which the COVID cases are increasing' in the State of West Bengal. A decision in this regard has to...

The Calcutta High Court vide order dated January 13, 2022, directed the State Election Commission to consider postponing the conduct of the upcoming municipal elections in Siliguri, Chandernagore, Bidhannagar and Asansol for a short period of 4 to 6 weeks in the wake of the 'galloping speed with which the COVID cases are increasing' in the State of West Bengal. A decision in this regard has to be taken by the State Election Commission within 48 hours, the Court directed further.

The Court was adjudicating upon a Public Interest Litigation (PIL) petition seeking postponement of municipal elections in Siliguri, Chandernagore, Bidhannagar and Asansol which are due to take place on January 22, 2022 in the wake of the rising number of Covid-19 cases in the State of West Bengal.

On Thursday, the Court had reserved judgment and had also taken on record a report filed by the State government and the West Bengal State Election Commission detailing the Covid-19 situation in the 4 municipalities of the State.

"We dispose of the present petition with a direction to the State Election Commission to consider the galloping speed with which the COVID cases are increasing and also to take into account the issue if holding of elections in such a situation will be in the public interest and if free and fair elections will be possible on the dates notified, and take a decision in respect of the postponement of date of elections of aforesaid four Municipal Corporations for a short period of 4 to 6 weeks. The respondent State Election Commission is directed to take a decision in this regard within a period of 48 hours. It will be open to the petitioner to submit all the relevant material relating to existing COVID situation before the Election Commission without any delay so that it can be considered by the Election Commission while taking the decision."

The Court further placed reliance on the Supreme Court decision in In the matter of Special Reference No. 1 of 2002, In Re, (2002) 8 SCC 237 and accordingly held that the superintendence, direction and control of preparation of electoral roles and conduct of elections is within the exclusive domain of Election Commission under Article 324 of the Constitution and that it is the duty of the Election Commission hold free and fair elections at the earliest.

"In view of the above pronouncement, it is clear that the State Election Commission is vested with the power to take a decision in respect of deferment of the date of the elections if the situation so arises in order to ensure free and fair elections", the Bench remarked further.

Furthermore, the Court refused to entertain the plea of the petitioner that the Court in exercise of the power under Article 226 of the Constitution of India should itself issue a direction to defer the date of elections. Instead, the Court opined that in the facts of the present case, the State Election Commission should take into account the prevailing COVID situation in the State and the Municipal Corporations where elections are to be held and take an appropriate decision to defer the dates of polling.

It was further noted that pursuant to Article 243-ZA of the Constitution, the State Election Commission is vested with powers in respect of conduct of elections to Municipal Corporation. It was also noted that Section 5 (1) of the West Bengal Election Commission Act in similar terms provides that the superintendence, direction and control of preparation of electoral roles for, and the conduct of all elections to the Municipalities will vest in the Commission.

The Court further clarified that the bar contained in Article 243-ZG(a) applies only to the Courts and not to the Election Commission which is to supervise, direct and control preparations of electoral roles and conduct the elections to the Municipalities. It has been very categorically held that it is entirely upon the State Election Commission to set the election process in motion or, in any case where the constitutional or statutory provision is not followed or infracted, to postpone the election process until such illegal action is remedied, the Court averred further.

Opining further on the existing Covid-19 cases in the State, the Bench observed,

"The petitioner has placed on record material showing that COVID infection cases are increasing in the State at a rapid speed and the COVID 19 Pandemic situation is not good. It has been disclosed that on 9th January, 2022 West Bengal had seen the highest number of daily recorded cases of 24287 and district of North 24 Parganas and Hooghly had recorded 5053 and 1276 cases. Along with that affidavit in reply the petitioners have enclosed the health bulletin issued by the State and other material showing high positivity rate and large number COVID infected persons in the State."

The Court was dealing with a PIL filed by one Bimal Bhattacharya submitting that considering the present COVID situation it would not be in the larger interest to hold the elections of the four municipal corporations namely Siliguri, Chandernagore, Bidhannagar, and Asansol on January 22,  2022. It was also submitted that many of the areas of these municipal corporations have been declared as containment zone and even the revised guidelines issued by the Election Commission are not sufficient. Lastly, it has been prayed in the PIL that considering the present Covid situation, the elections of these municipal corporations should be deferred initially at least for four weeks.

On the previous date of hearing, the State Election Commission had categorically submitted before the Court that the Commission does not have the power to defer the election dates once the dates have been notified unless the State government declares such a disaster or an emergency which would make it impossible to hold such elections. It was further submitted that before taking any decision to defer the elections, the State Election Commission has to consult the State authorities in particular the State's Disaster Management Authority.

The Chief Justice had further enquired from the State Election Commission as to whether a sufficient number of persons free from Covid infection are available for deployment on different booths for the purpose of holding elections. In response, the Court was apprised that there is are adequate number of polling personnel. It was further submitted that 12400 polling personnel have been deployed and 2800 polling personnel have been kept in reserve in case of emergency. The Court was also informed that adequate number of medical officers and ASHA workers have also been deployed in case of any medical emergency.