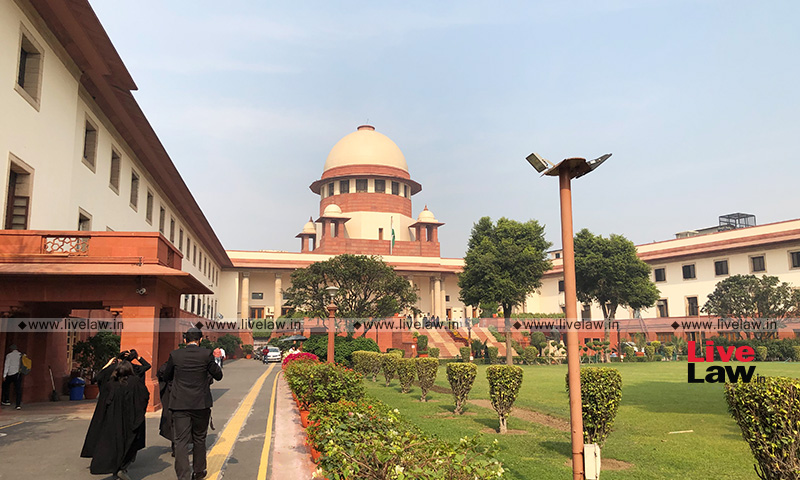 The Supreme Court today issued notice in a SLP challenging a Punjab and Haryana High Court's order which held that recording of telephonic conversation of the wife without her knowledge is an infringement of her privacy. The High Court had held that a discreetly recorded phone conversation won't be admissible in evidence before the Family Court.A bench comprising Justices Vineet Saran and...

The Supreme Court today issued notice in a SLP challenging a Punjab and Haryana High Court's order which held that recording of telephonic conversation of the wife without her knowledge is an infringement of her privacy. The High Court had held that a discreetly recorded phone conversation won't be admissible in evidence before the Family Court.

Advocate-on-Record Ankit Swarup, appearing for the petitioner, argued that that the right to privacy is not absolute and is to be balanced in context of other rights and values. Referring to the exception laid down in Section 122 of the Indian Evidence Act, 1872, it was argued that communication between married persons can be disclosed in matrimonial proceedings seeking a decree of divorce.

"In the matrimonial cases involving an allegation of cruelty - mental cruelty, the parties are bound to recreate the issues and events which were otherwise confined to the matrimonial home and the bedroom and away from the public eye, in the Courtroom. On many occasions, such events and issues between the married persons do not have any witnesses apart from the said married person. Such events are also not capable of being proved by documentary evidence. In the present age of technology and computers, such evidence can be brought to the court using the technology and modern electronic devices available. However, as a matter of caution, the Courts are to be circumspect in relying upon such evidence without satisfying itself as to the authenticity and reliability of such evidence recorded on the electronic devices," the petition states.

Referring to Section 14 and Section 20 of the Family Court Act, 1984, the petitioner had contended that the same were enacted so as to secure the right of fair trial of the married person bringing the suit before the Matrimonial Court and for the discovery of truth in the dispute.

It was also averred in the petition that the petitioner's endeavour is to only prove the events and cruelty which was committed on him by the wife.

"The recorded conversation held between the parties is another way of adducing evidence and recreating before the court the events of the matrimonial home just like the evidence of oral testimony of parties and other witnesses does. Without providing the aspect of cruelty, the petitioner would become unsuccessful in seeking a decree of divorce from the Family Court," it was stated further in this regard.

The petitioner along with assailing the High Court's judgement had also sought an ex parte stay against the High court's order and the matrimonial proceedings pending before the Family Court.

The High Court opined that the CDs in question cannot be permitted in evidence.

In this regard, emphasizing that recording of the telephonic conversation of the wife without her knowledge, is a clear cut infringement of her privacy, the bench further observed thus:

The Court also remarked that if a spouse would be permitted to record conversations with an unsuspecting partner and to produce the same in a court of law in a petition under Section 13 of the Act, that would indeed not be feasible.

In this regard, the Court referred to the case of Deepinder Singh Mann Vs. Ranjit Kaur, 2015 (5) RCR (Civil) 691, wherein it was observed by the Punjab & Haryana High Court that couples speak many things with each other, unaware that every word would be weighed in a Court of law.

Moreover, the Court added, the court would be ill-equipped to assess the circumstances in which a particular response may have been elicited from a spouse at a given point of time, notwithstanding the right of cross-examination.

Observing so, the High Court had set aside the Family Court's order which permitted admitted in evidence the CD of the phone conversations recorded by the husband.