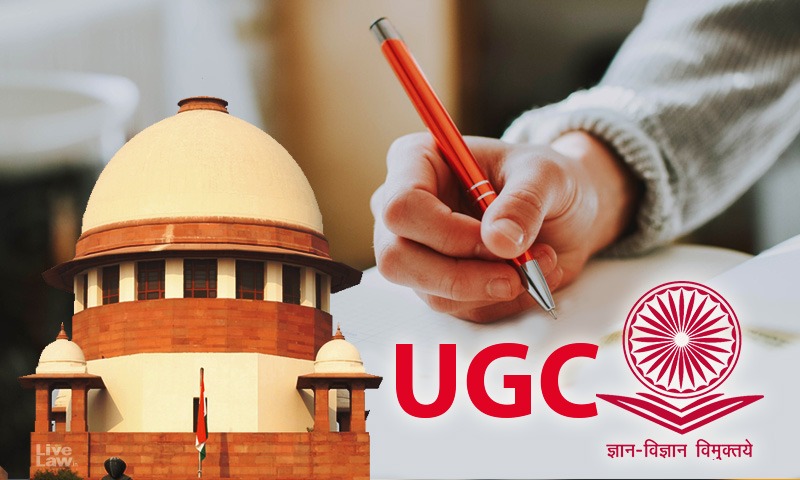 The Supreme Court on Monday adjourned till August 14(Friday) the hearing on a batch of petitions challenging the direction issued by the University Grants Commission (UGC) to Universities to hold final year examinations by September 30.

The top court adjourned the matter after Solicitor General, Tushar Mehta, appearing for the UGC, sought time to respond to the affidavits filed by Maharashtra & Delhi governments' conveying to the Supreme Court that they have directed the cancellation of final year exams.

"How can states cancel exams when UGC is empowered to confer degrees?", the SG asked.

The Maharashtra Government's decision was based on the direction of the State Disaster Management Authority.

In this regard, the bench asked the SG to respond to the issue whether the Disaster Management Act will override the directions of UGC.

The SG also said that students should continue to prepare regardless of the pendency of the case.

SC has granted time to solicitor general Tushar Mehta to file a reply on affidavits of Maharashtra & Delhi Government wherein they've stated that no examinations shall be conducted in the pandemic situation.

The case will now be taken up on August 14.#StudentsLivesMatter

Last week, the Top Court had asked both Delhi & Maharashtra to bring on record, their stand regarding the conduct of exams.

In response, the Maharashtra Government has informed the Supreme Court that the State Disaster Management Authority has taken the 'conscious decision' of not holding final year examinations of both professional and non-professional courses in the state after assessing all the pros and cons in the matter.

The Delhi Government also informed the Court that the Deputy Chief Minister/Higher and Technical Education Minister of NCT of Delhi on July 11 directed all Delhi state Universities to cancel all written online and offline semester examinations including final year examinations.

It also submitted that it has suggested that Universities devise alternative assessment measures to promote students of intermediary semesters and grant degrees to students of final semesters.

The UGC has filed a counter-affidavit in the matter stating that the direction was issued in the interest of "academic future of students", and health and safety aspects were taken into consideration. It stated that the deadline of September 30 was set on the basis of inputs from experts, and argued that the scope of judicial review over academic decisions was very minimal. It pointed out that the guidelines issued by the Ministry of Home Affairs and the Ministry of Human Resources Development permit the conduct of exams.

The students filed a rejoinder to the UGC's affidavit, stating that it "has been showing apathy towards the students". The rejoinder filed by the 31 student-petitioners contended that UGC has failed to take into account many aspects like rising COVID19 cases, floods in Assam, lack of connectivity in J&K, lockdown in many parts etc.

Instead of holding final semester exams, the petitioners suggested that aggregate of previous semester exams be awarded to students. A final year/ final term student has already completed 85-90% of the course, they pointed out. This will enable many students to secure jobs or admission in foreign universities at the earliest. The award of degrees to final year students on the basis of their internal assessment/ past-performance, by July 31, will also enable many of them to get a job and financially assist their families amid COVID19, they said.

UGC has overlooked the fact that no real or virtual classes have been conducted during last 4-5 months in most of the colleges across India, and conducting final exams without classes is unjust, stated the students' rejoinder.

The students further stated that only 1/3rd of the Indian population has access to the internet and conducting exams via online mode will deprive 2/3rd students from equal opportunity to appear in exams.