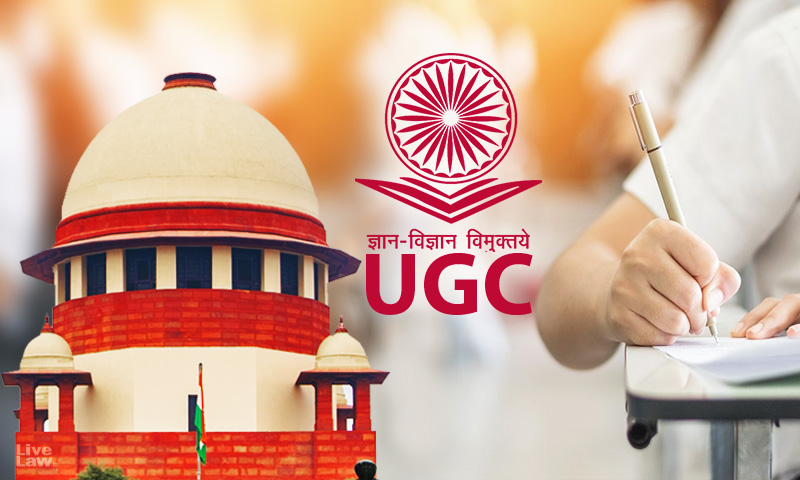 The University Grants Commission (UGC) has filed its affidavit in the Supreme Court, rebutting the opposing stand of the Maharashtra & DelhiGovernments cancelling final year examinations.The autonomous body has contended that to cancel the final year / terminal semester examinations and graduate students using "alternative assessment measures" is in contravention of the UGC's Guidelines...

The University Grants Commission (UGC) has filed its affidavit in the Supreme Court, rebutting the opposing stand of the Maharashtra & DelhiGovernments cancelling final year examinations.

The autonomous body has contended that to cancel the final year / terminal semester examinations and graduate students using "alternative assessment measures" is in contravention of the UGC's Guidelines and that it was required to hold such examinations in the "interest of the students".

Filed by Dr Nikhil Kumar, Education Officer, UGC, it is stated that the Maharashtra government's decision is contradictory.

"Needless to say, those alleged circumstances should then prevent even the commencement of the next academic session. That apart, the State Govt. avers that the next academic session must begin in the interest of students, while, at the same time, contending that the final examinations should be cancelled and degrees can be awarded without such examinations even though such a step would irreparably damage the future of students. Such contentions by the State Govt. are clearly therefore meritless", reads the reply.

The UGC has filed an affidavit in the Supreme Court rebutting the unilateral decision of Maharashtra & Delhi Government's of not conducting final year exams.#StudentsLivesMatters @anubha1812 @advocate_tanvi @AUThackeray #31StudentsInSCAgainstUGC #UGCGuidelines @ugc_india

Rebutting the stand of state governments of cancelling exams, the UGS states that the decision taken by the state governments will directly impact the standards of higher education in the country, which the UGC is mandated to maintain.

Moreover, the affidavit avers that the UGC is the apex body for regulating the standards of higher education in the country, including the standards of examination, because the UGC Act is traced to Entry 66 of List I of Schedule VII of the Constitution. It highlights that the conduct of course-ending terminal exams are crucial to the academic & career interests of students.

"In exercise of its powers under the UGC Act, the UGC first published the Guidelines dated 29.04.2020which laid down a policy backed by statute that all higher education institutions must conduct final year/ terminal semester examinations (in July 2020) so as to protect the academic and career interests of students while, at the same time, safeguarding their health. Subsequently, the UGC issued the Revised Guidelines dated 06.07.2020 which re-emphasized the need to conduct terminal/ final examinations, be it in the form of course-ending terminal semester examination or final annual examination, because it is a crucial step in the academic career of a student"

Earmarking the powers derived by the UGC from the Constitution, the affidavit states that the Respondent—State's decision to cancel final year / terminal semester examinations and graduate students without such examinations, encroaches on the legislative field of coordinating and determining the standards of higher education that is exclusively reserved for Parliament under Entry 66 of List I of Schedule VH of the Constitution. As such, the State Government's decision dated 11.07.2020 (which was subsequently reiterated) is contrary to the UGC's Guidelines which have been issued for maintaining the standards of higher education, and is void ab initio.

The affidavit further highlights that universities are bound by UGC guidelines.

A bench led by Justice Ashok Bhushan had asked the UGC to submit its reply to Maharashtra and Delhi's stand of not conducting the final year exams.

The Court had also asked for a clarification on whether the Disaster Management Act notifications can override the UGC guidelines.

The Maharashtra Government passed a resolution on June 19 to cancel the final year examination based on the decision taken by the State Disaster Management Authority.

The case will be taken up for further consideration tomorrow.