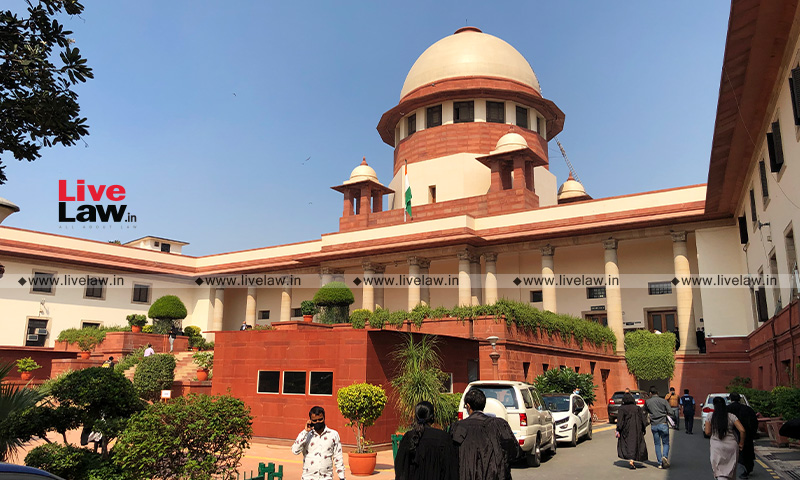 An applicant has moved the Supreme Court of India seeking directions for his appointment to the post of Member of the Telecom Disputes and Settlement Appellate Tribunal (TDSAT). The applicant AM Alankamony, presently posted at Hyderabad as an Accountant Member in the Income Tax Appellate Tribunal, has submitted that his non-selection for the post by the Central Government even after...

An applicant has moved the Supreme Court of India seeking directions for his appointment to the post of Member of the Telecom Disputes and Settlement Appellate Tribunal (TDSAT).

Seeking relief, the applicant has filed an intervention application in the writ petition filed by the Madras Bar Association challenging the Tribunal Reforms Act 2021.

Senior Advocate Vikas Singh mentioned the matter today before the Chief Justice of India for urgent listing of the matter.

In the order uploaded late in the day, the applicant has been granted liberty to mention the case before Justice D.Y. Chandrachud.

The present application filed through Advocate Kartik Seth has pointed out that as per the governing rules, TDSAT comprises a Chairperson and two Members appointed by the Central Government. Presently, the Central Government has cleared the appointment of former Delhi High Court Chief Justice DN Patel as Chairperson, and also cleared appointment of one member. However, there's still a vacancy of Member II at the TDSAT.

The governing rules referred to here are the Tribunal, Appellate Tribunal and other Authorities (Qualifications, Experience and other Conditions of Service of Members) Rules, 2020.

The applicant has prayed that the Respondent be directed to produce the record before the Court and on examination if the Court finds that there is no valid reason for withholding the names of the eligible persons, appropriate directions be passed for their appointment.

The applicant has argued that that for the other vacant position for Member in TDSAT, the other recommendations made by the SCSC in terms of the rules and Office Memorandum's should be considered and exhausted before moving on to a waiting list or making selection to those posts on their own.

Challenge to the Vacancy Circular:

The applicant sought quashing of the vacancy order issued by TDSAT since the he was already nominated by the Search- cum-Selection Committee as on the date of release of such order.

"Currently, the post of Chairman and Member-I is occupied but the post of one more member i.e. Member-II is vacant. Despite following the due process under the rules and thereafter making recommendations, the Central Government appointed only one (1) Member on 11.09.2021",the application states

SC Pointed out that that "cherry picking" of the candidates should not be done:

The applicant has stated that only after Supreme Court's intervention on 15.09.2021 in the Madras Bar Association case, that the Centre started filling up the vacancies in various Tribunals.

Case Title:IA Filed by AM Alankamony in Madras Bar Association vs Union of India.