Why Candidate Recommended By SCSC As TDSAT Member Not Appointed? Supreme Court Seeks Explanation From Centre 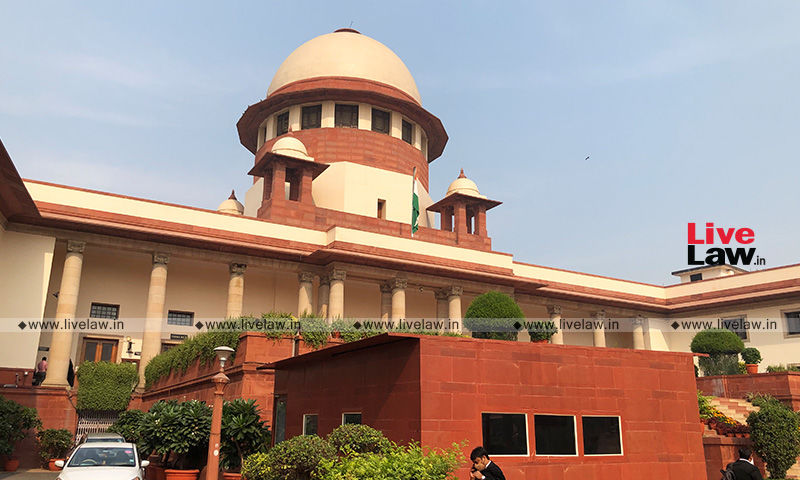 The Supreme Court on Wednesday sought the Centre's explanation in a plea where an applicant had sought directions for his appointment to the post of Member of the Telecom Disputes and Settlement Appellate Tribunal (TDSAT).A Bench comprising Justices D.Y Chandrachud, Surya Kant and Bela M Trivedi granted time to the Union to file a counter explaining the reasons for not appointing...

The Supreme Court on Wednesday sought the Centre's explanation in a plea where an applicant had sought directions for his appointment to the post of Member of the Telecom Disputes and Settlement Appellate Tribunal (TDSAT).

A Bench comprising Justices D.Y Chandrachud, Surya Kant and Bela M Trivedi granted time to the Union to file a counter explaining the reasons for not appointing the applicant.

Senior Advocate Vikas Singh appeared for the applicant and argued that Justice Nageswara Rao-led committee had recommended the name of the applicant for appointment as a TDSAT member which was not yet implemented.

Attorney General for India KK Venugopal submitted a factual note and read it out before the court today wherein it was stated that pursuant to the vacancy circular issued in November 2021, Justice Rao had a personal conversation with the members and that the names were now pending before the ACC(Appointments Committee of the Cabinet).

The Court noted that the application was concerned with the 2020 selection where 2 candidates were recommended and but only one was appointed.

"What was the reason why he was overlooked? We run an IB test before even shortlisting candidates, so the recommendations are made only when the IB test is successful. There has to be a valid reason for the rejection."

During the hearing, Justice Chandrachud also remarked on a lighter note, "It would have been nice if Justice L Nageswara Rao had heard this matter. Unfortunately, we cannot stop the constitutional process of judges turning 65"(Justice Rao is retiring this June)

The matter will be taken up again on Wednesday.

Seeking relief, he had filed an intervention application in the writ petition filed by the Madras Bar Association challenging the Tribunal Reforms Act 2021.

The application filed through Advocate Kartik Seth pointed out that as per Tribunal, Appellate Tribunal and other Authorities (Qualifications, Experience and other Conditions of Service of Members) Rules, TDSAT comprises a Chairperson and two Members appointed by the Central Government.

However, even after the recommendation by the SCSC, the Central Government left the Member-II post vacant, although there was no occasion for delaying the appointment as per the select list and for dropping some of the members from the list.

Therefore, the applicant had prayed that the respondent be directed to produce the record before the Court and on examination, if the Court finds that there is no valid reason for withholding the names of the eligible persons, appropriate directions be passed for their appointment.

The applicant has argued that for the other vacant position for Member in TDSAT, the other recommendations made by the SCSC in terms of the rules and Office Memorandum should be considered and exhausted before moving on to a waiting list or making a selection to those posts on their own.

Case Title: IA Filed by AM Alankamony in Madras Bar Association vs Union of India.