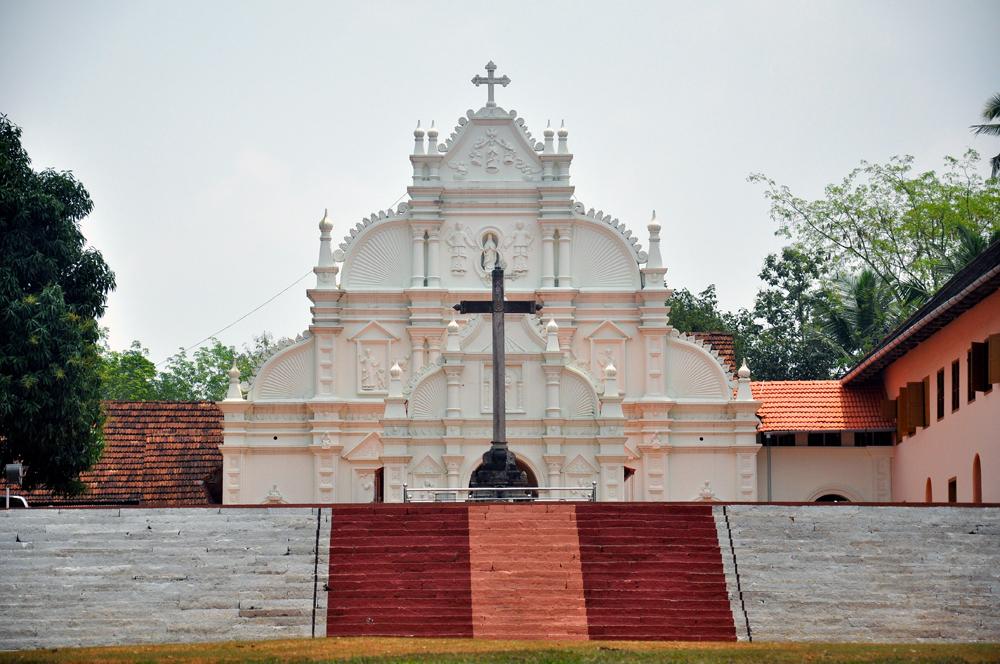 The Kerala Catholic Church reformation movement, a registered Catholic Association approached the Supreme Court supporting the Kerala High Court's judgment which held that Bishops have no power to alienate the church assets and that their powers are confined to religious and spiritual matters.

The Association has filed impleading applications opposing the Special Leave Petitions moved by the Catholic Diocese of Thamarassery and Eparchy of Bathery challenging the remarks made by the Kerala High Court in its judgment delivered in August 2021 which refused to quash the criminal cases against Cardinal Mar George Alencherry over the sale of properties belonging to Ernakulam-Angamalay Archdiocese.

The Association has submitted that any order reversing the Kerala High Court judgement will definitely "have a drastic and adverse effect on the entire Catholic community".

It submits that there should be "a democratic system of governance for managing the temporalities of the Catholic Church. In the absence of such legislation, Catholic population is subjected to clergical authoritarianism based on some obsolete provisions of Canon Law".

The application states that Syro Malabar and Syro Malankara churches are functioning under the spiritual leadership of the Pope at the Vatican and the code of Canon law for the Oriental churches applies to both the communities. The accused persons who include a major Archbishop claims to be the real owners of church properties and assets and further claim that they have the right to alienate them as they are empowered to do so under the canon law.

When the matter reached the Kerala High Court, it differentiated spiritual and temporal spheres in the church, the application points out.

"The court had said that for spiritual matches, the clergy of the church can rely on the Canon law, but for management of assets of the church, the law of the land is supreme and prevailing."

The application submits that the bylaws of the Catholic churches are drafted and framed by the clergy without any participation of the parish knows who are a majority and those bylaws are not registered under any prevailing law of India. "The provisions contained in these bylaws are undemocratic and against basic principles of law and natural justice and empowers the clergy to administer the assets and properties according to the whims and fancies."

The application also throws light on the Bombay Charitable Trust Act 1955, which was enacted in Maharashtra, bringing all religious establishments under its purview. The Catholic Church had approached the Bombay High Court pleading that the Act is against the Constitution and that they are governed by their own Canon Laws. The High Court rejected the church's arguments and upheld the validity of the Act. When this judgement was challenged, the Supreme Court, too dismissed the appeal observing that Canon laws cannot be lawful.

Further, it said that the Code of Canon Laws was properly implemented in Syro Malabar church only in 1992. Until then, the church properties were entrusted with the parish nurse and governed by the trustees elected by them as per the traditional system in "Malankara Nasrani Sabha".

"The implementation of canon laws were carried out with the hidden agenda of finding a shortcut to subvert the traditional democratic system into an imperial system of the Roman church, which would enable the bishops to establish their unquestionable autocratic supremacy in the church. Properties and its governance".

In fact, majority of faithful and many laity organizations in both these churches demanded for long, a democratic system of governance for managing the temporalities of the church, the application says.

The applicant also referred to a Church Act(The Kerala Christian Church Properties and Institutions Bill) proposed by the Law Reforms Commission headed by Justice VR Krishna Iyer in 2009 and said that due to "pressure tactics adopted by the Bishops and the Clergy, the Government till date refused to present the Bill before the Assembly". Also, a Law Commission headed by Justice KT Thomas reiterated the proposal for Church Act recently, but the same remains in paper due to Government inaction.

"In fact, majority of faithful and many laity organizations in both these Churches demand since long for such a democratic system of governance for managing the temporalities of their Church. In the absence of such a legislation, millions of Catholic population in India are subjected to clergical authoritarianims based on some obsolete provisions of Code of Canon Law. Though Indians, they are curtailed from enjoying the rights and freedom guaranteed by the Constitution of India. Instead, they and their properties are ruled and managed by the religious constitution of the Vatican which is highly unlawful and illegal"

What happened in the hearing today

When the matter was taken up for hearing today before a division bench of Justices Dinesh Maheshwari and Krishna Murari,Senior Advocate CU Singh, appearing for one of the dioceses, submitted that that church is concerned with the findings made by the High Court while dismissing Cardinal Alenchery's quashing plea.

The Kerala High Court judgement, from paragraphs 42 to 48 poses a question as to whether the lands mentioned belong to the government or not. After dismissing the original plea, the Kerala High Court had passed three orders including to implead the Central government as a party and to have a CBI enquiry in the matter, the senior counsel submitted.

Further, he said, "What has happened here is that the 482 petition which has been disposed of, a CBI report was called. The (High) court is continuing to entertain the matter based on that direction for report and has passed several orders."

Senior Advocate Sidharth Luthra, appearing for the other diocese, said, "The issue is, in a disposed of matter, directions are being passed…"

The Court has adjourned the matter for hearing to September 7.