'Can't Assume Jurisdiction Of CJI' : Supreme Court Vacation Bench Says It Has No Master Of Roster Powers To Allot Cases 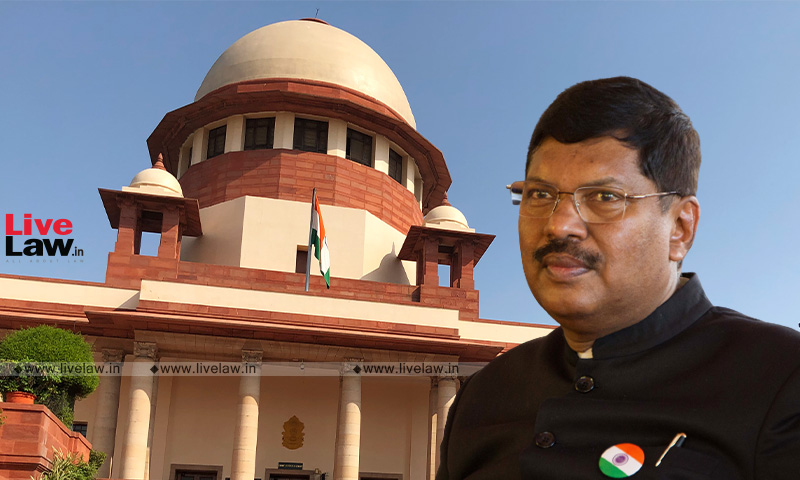 x
"We can't assume jurisdiction of Chief Justice and take up the matter to ourselves", Justice Gavai said.

A vacation bench of the Supreme Court on Tuesday remarked that the judges hearing matters during vacation have no administrative powers of the Chief Justice of India to list and allot cases.

A bench led by Justice BR Gavai said that though the judges of the High Court sitting during vacation have administrative powers, that is not the situation in the Supreme Court.

"We never faced this difficulty in High Courts. In High Courts, a vacation judge has to be judge for all purposes even for administrative purposes, Here, we are controlled by Registry. If it's allotted to us, we're willing to hear it even at 2 pm. Unless it is allotted to us, our hands are tied", Justice Gavai said.

Justice Gavai added that the it is the prerogative of the Chief Justice of India to allot cases as the Master of the Roster and that the vacation bench cannot assume the administrative powers of the CJI.

The judge was responding to a request for urgent hearing of matter pertaining to alleged illegal excavation at Jagannath Puri Temple.

"We are told there are two benches, and it is for the Chief Justice to allot it to either of the benches. Propriety demands you mention before Justice Rastogi's bench, he is senior to me. We allowed circulation but there's a technical difficulty, unless Chief allots it to particular bench, it can't be", Justice Gavai added.

Yesterday, the bench headed by Justice Gavai had allowed the urgent listing for today for the special leave petition filed challenging Odisha High Court's order refusing to restrain the State from carrying out any excavation in and around Lord Jagannath Temple, Puri.

The bench had directed the matter to be listed today (Tuesday). However, inspite of that direction, the case was not listed before either of the Vacation benches.

The counsels appearing for the petitioner today again urged the court to take up the matter at 2 pm and submitted that "blatant desecration" of the property is going on.

The bench however opined that the bench cannot hear the case, unless it is listed before it by the competent authority

The bench however said that it has been informed that due to some technical difficulty the matter hasn't been listed, and unless the competent authority allots it to particular bench, it's not in the hands of the judges to hear the matter.

The bench further asked the counsels to prevail upon the Registry to list the matter, and ensured that the bench would be willing to hear the matter even if it is listed at 2 pm.

The counsel submitted that the excavation at the site is going on against the Supreme Court's judgement.

"We will consider it, but unless the matter is allotted to us we can't, it's the Chief's prerogative. We can't assume jurisdiction of Chief Justice and take up the matter to ourselves", Justice Gavai said.

"Even during vacation, there should be some way", the counsel submitted.

"We quite appreciate that. We never faced this difficulty in High Courts" Justice Gavai said.

According to the present special leave, the State agencies have been working in gross violation of Section 20A of the Ancient Monuments and Archaeological Sites and Remains Act, 1958.

According to the petitioner, the petition has been filed in the interest of the general public and to protect the heritage of Lord Shree Jagannath challenging the illegal action of the Government of Odisha in not following the procedure laid down in the 1958 Act and the Ancient Monument & Archaeological Sites and Remains (amendment and validation) Act 2010, in relation to Shree Jagannath temple.