Can't Say Democracy And Institutions Are More Robust Today Than They Were During Emergency : Prashant Bhushan [Video] 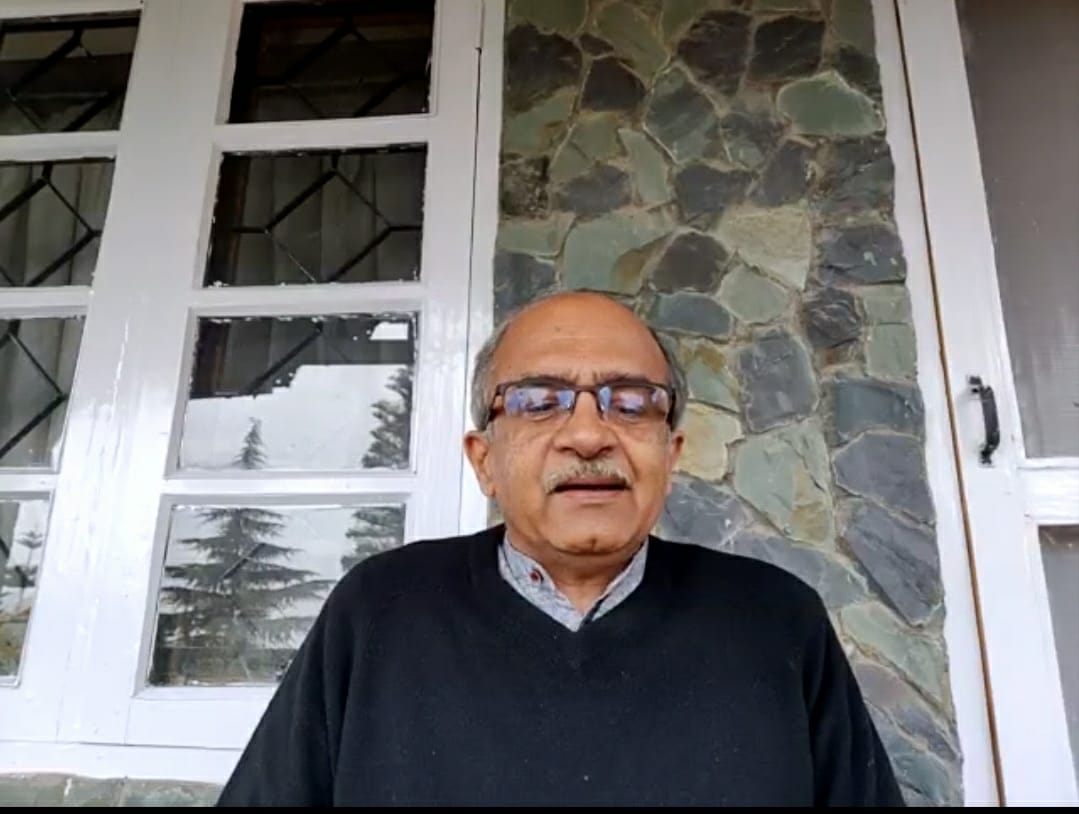 It cannot be said that democracy and its institutions today are better and more robust than they were during the emergency, said activist lawyer Prashant Bhushan."The gains made in the last 40 years after emergency have been rapidly eroded by assault on institutions and rights, particularly in the last 6 years", Advocate Bhushan said.He was speaking on the topic "Stifling democracy...

It cannot be said that democracy and its institutions today are better and more robust than they were during the emergency, said activist lawyer Prashant Bhushan.

"The gains made in the last 40 years after emergency have been rapidly eroded by assault on institutions and rights, particularly in the last 6 years", Advocate Bhushan said.

He was speaking on the topic "Stifling democracy sans Emergency" on a webinar hosted by LiveLaw on the occasion of the 45th anniversary of the infamous emergency imposed by Indira Gandhi in 1975.

Bhushan made his conclusion on the basis of an overall assessment of the functioning of judiciary, institutions such as Election Commission of India/CBI/CAG, press freedom, tolerance towards dissenting views etc.

He started the talk by saying "Emergency exposed the fragility of our democracy".

The 21-month period of emergency from June 25, 1975, called the darkest period of Indian democracy, witnessed jailing of political opponents under the draconian MISA, press censorship to muzzle critical views.

"There was a climate of fear, affecting even institutions such as judiciary", he said.

Learning the mistakes from Emergency, several reform measures were later introduced to strengthen our democracy. The 44th amendment to the Constitution was made to ensure checks against arbitrary proclamation of emergency and protection of civil liberties.

The 1990s witnessed judicial interventions to ensure independence of judiciary (via introduction of collegium system), and also to afford autonomy to CBI, police and CVC.

This was followed by the enactment of RTI, Whistleblowers Protection Act, Lok Pal Act etc.

"With these, one would have expected our democracy to become robust. But that is not the case", he said.

"Last six years have witnessed an "unprecedented assault" on the freedom of speech, right to dissent and regulatory institutions", he added.

He said that saffron mobs patronized by the government and the police are lynching persons in the streets.

"People who criticize govt are slapped with sedition charges. Those who escape sedition cases are harassed by organized social trolls, who are working under the aegis of the Prime Minister, as exposed by Swati Chaturvedi in her book "I am a Troll". The social media trolls are amplified by a section of media which acts as lapdog of the government. Minorities and Dalits are particularly targeted. All institutions, including judicial institutions, have been reduced into bystanders", he said.

He said that the investigation of Delhi police into the Delhi riots conspiracy cases was only to target innocent students and activists, leaving out persons like Kapil Mishra who openly incited violence before media. The police has not taken any action against those unleashed violence in JNU campus in January 2020, he said.

He said that the government was subjecting the judiciary to a sustained assault which has resulted in its "virtual collapse".

"The assault on the judiciary has resulted in the judiciary virtually collapsing. SC does not take prompt action on habeas corpus petitions. SC turned a deaf ear to Jamia Milia students' plea. A new jurisprudence of 'sealed cover' has emerged which put a lid on cases such as Loya, Rafale. The weakness of the judiciary became more prominent during lockdown, when it failed to question the government. In all these case, Solicitor General acted as a point man", he said.

"Elections these days have become only about "money power". This is because of the inability of the Election Commission to control spendings. 'Electoral Bonds' have ensured that electoral process will be hijacked by crony corporates. The amendments leading to electoral bonds have been achieved through the dubious route of money bill"

The CBI has been reduced from a 'caged parrot' to a 'blood hound' of the government.

The National Investigation Agency has become a tool for the govt to harass activists. The NIA has framed some of the finest human rights activists of the country in the Bhima Koregaon case.

More than 90% of the media have become the "propaganda arm" of the govt, who are ready to go to absurd lengths to justify the unjustifiable acts of govt. Discussion on demonitization, lockdown and recent China incursions are examples showing these tendencies.

The submission of mainstream media to govt has been brought about through a combination of inducements and threats, and also through corporate capture by crony capitalists.

There are only a few who have not succumbed to the inducements and threats of govt and corporate capture by crony capitalists. But they are also harassed by sedition and threats.

"Crony capitalism has emerged simultaneously and policies are tailored for their benefit to the detriment of govt. Our banks and financial institutions have been plundered by crony corporates", he said.

He added "Incompetent people are posted in key posts in educational institutions only because of their saffron links. Some of our fines universities like JNU, BHU, Hyderabad University have borne the brunt of this assault".