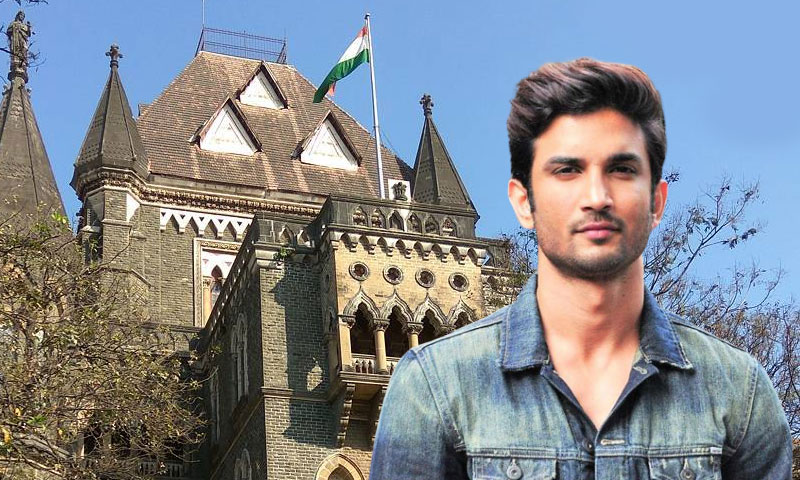 The Bombay High Court today continued hearing the PIL's filed against Media Trial, on account of reportage into the issue of the death of actor Sushant Singh Rajput.Before a bench of Chief Justice Dipankar Datta and Justice GS Kulkarni, Counsel for Zee News and News Nation made submissions. Senior Advocate Devdutt Kamat appeared on behalf of the petitioner(s).At the beginning of hearing,...

The Bombay High Court today continued hearing the PIL's filed against Media Trial, on account of reportage into the issue of the death of actor Sushant Singh Rajput.

Before a bench of Chief Justice Dipankar Datta and Justice GS Kulkarni, Counsel for Zee News and News Nation made submissions. Senior Advocate Devdutt Kamat appeared on behalf of the petitioner(s).

At the beginning of hearing, the bench inquired whether any submissions were sought to be made on behalf of the Central Bureau of Investigation (CBI), Narcotics Control Bureau (NCB) & the Enforcement Directorate (ED).

In response, Additional Solicitor General Anil Singh informed the bench that the CBI, NCB & ED had stipulated in their affidavits that information from none of the organisations was ever leaked in the ongoing investigation at any point in time. They have stated that they are aware of their responsibilities and this clarification is the sole reason why they have even been joined at necessary parties in the present case, added the ASG.

ASG Anil Singh says that agencies (CBI, NCB & ED) have stated that they have not leaked any information in their affidavit. "That was the only reason why we were joint parties," he adds.#JusticeForSushantSinghRajput #SushantSinghRajputCase

Zee News Counsel, Advocate Ankit Lohia took the bench through an article of an author by a European Institute which analysed options between self-regulation and statutory regulation on media, stating that the article refers to a report of 1947, also drawing corollaries with international regulatory frameworks. Lohia added that the said article advocated no government control over media.

"We are ruled by the Rule of law. In India there is a Rule of law, right? How do you advocate that people who go around accusing others can find shelter of freedom of press? Journalists were responsible back then & neutral, now Media is highly polarised"

Lohia then responded that he was not meaning to say there must be abuse but was trying to substantiate that whatever mechanisms existed were enough.

As an officer of the court, I am not saying that no one should regulate us, he added.

This is not a question of regulation, this is a question of checks & balances. People forget where to draw lines. Do it within lines. You want to criticise the government, do it! The issue is someone has died and the allegation is you are interfering, Bombay HC to @ZeeNews

The Zee News Counsel however stated that the channel was not the one which was crossing lines and neither was the entire industry.

Senior Advocate Alankar Kirpekar appearing for India TV news stated that the channel abided by the rules of NBA & jurisdiction of the NBSA.

"Nothing on record to show that India TV has crossed Lakshman Rekha towards Mumbai Police or any third party. Governed by our Editor in Chief, Rajat Sharma's (of Aapki Adalat fame) principles and will never cross Lakshman Rekha," stated Kirpekar.

Advocate Zeeshan Hashmi for News Nation argued that the right approach for the aggrieved should be to approach authorities and that an isolated incident does not warrant no self-regulation.

He further argued that there existed no allegations by Complainants that NBSA had not done an adequate job. Government control on media and journalism is present in countries like China, Bangladesh and according to international standards, their independence low in rankings, he added.

1) Whether a media trial of the kind unleashed by Respondent news broadcasters permissible under Article 19(1)(a);
2) Whether contract for uplinking and downlinking binding on parties;
3) Whether there is erring by authorities in taking action.

Kamat vociferously argued that the a media trial offends the interest of various stakeholders involved. "19(1)(a) wide but when it starts interfering in rights of others then your lordships will open the discussion as to where Lakshman Rekha starts," said Kamat.

While adding that media trial us affront to two basic principles, Rule of Law & it interferes in the administration of Justice, Kamat argued that Licences were issued to broadcasters under Section 4 of the Telegraph Act under which they were also required to submit an undertaking of abiding by the Programme Code & Advertising Code.

"Find it quite strange that this argument has been advanced by broadcasters & self-regulators that oh! we should have a self-regulating regime without govt control. Today, we are not in a virgin area. There is a binding contract & the broadcaster gives an undertaking. No one has challenged the validity of the guidelines or the contract which is entered into between the broadcasters and union & the Union cannot abdicate its responsibilities. Power coupled with a duty. repository of power has to effectuate this duty.
- Senior Advocate Devdutt Kamat to Bombay HC

The arguments advanced by them is that the programme code is not binding, Kamat said.

The ASG interjected at this juncture, submitting that to say that action was not being taken by the Centre is incorrect while the NBA counsel refuted Kamat's submission that the Licenses were granted under the Telegraph Act to broadcasters.

The bench then told Counsel that it would like to have a look into the licensing which is provided to the broadcasters in order to clarify the grey area.

Kamat then went on to state that Self-regulation could be an addition but not a substitute. "The private bodies may not have the teeth of enforcement as far as their orders are concerned. Ultimately the so called self-regulators are representatives from various channels and when acts complained of egregious in nature, would it not be a case for being a judge in their own cause," he said.

He submitted that possibility of government control on media as the Respondents' had argued could not be a reason for the Government not effectuating its power and duty. "No better than Your lordships court under judicial review to check excesses of the Executive. Thus, Abuse of power by government not immune from challenge," Kamat said.

"I am not saying there is no possibility of abuse by Government but that does not mean nothing needs to be put in place. Creases can always be ironed."
- Senior Advocate Devdutt Kamat

The bench will now hear rejoinder arguments on October 29.