CBI Registers FIR Against Lawyers Collective For Alleged FCRA Violations; NGO Terms It An Attempt To Silence Them [Read Statement] 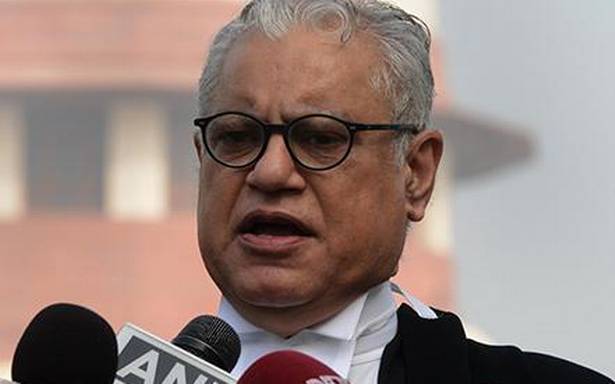 The CBI has registered a criminal case against the NGO Lawyers Collective for alleged violations of Foreign Contributions Registration Act, reports the PTI.The FIR has named Senior Advocate Anand Grover, a trustee and founder-director of the NGO, as an accused. As per the PTI report, unknown officer-bearers and functionaries of the NGO and unknown private persons and public...

The CBI has registered a criminal case against the NGO Lawyers Collective for alleged violations of Foreign Contributions Registration Act, reports the PTI.

The FIR has named Senior Advocate Anand Grover, a trustee and  founder-director of the NGO, as an accused.

As per the PTI report, unknown officer-bearers and functionaries of the NGO and unknown private persons and public servants have also been made accused in the FIR filed under IPC sections that deal with forgery, cheating and criminal conspiracy. Sections of the Foreign Contribution Regulation Act, 2010 have also been included in the FIR by the central agency after receiving a compliant against the Collective from the Union Home Ministry.

Lawyers Collective has expressed "shock and outrage" at the FIR. They have stated that the FCRA license was cancelled in 2016 on "illegal and arbitrary" grounds as a vindictive measure for taking up sensitive cases against the government. The cancellation has been challenged in Bombay High Court, where the matter is still pending.

In the statement, Lawyers Collective said that it has "reasons to believe that its office bearers are personally being targeted for speaking up in defence of human rights, secularism and independence of judiciary" and to "silence them as they have taken up sensitive cases in the past".

It has expressed surprise at the registration of FIR now, even though FCRA proceedings were initiated three years ago.

In May 2019, the Supreme Court had issued notice in a petition filed by an NGO 'Lawyers Voice' seeking SIT probe into the alleged violations committed by Lawyers Collective.

Senior Advocate Indira Jaising, one of the founder-members of the NGO, in a press release had then said that the petition was an attempt to silence the organization which was vocal in demanding a due enquiry into the sexual harassment allegations against the Chief Justice of India.

Jaising had also said that CJI should have recused from hearing the matter.

"It has been brought to our knowledge that during the proceedings today, though the petitioner's advocate did not orally seek any interim orders, the court has passed an order to the effect that the pendency of the petition will not come in the way of the government agencies proceeding in the matter.It is obvious to us that this is victimization on account of Ms Jaising taking up the issue of the procedure adopted in relation to the allegations against the Chief Justice of India by a former employee of the Supreme Court, which Ms Jaising has done in her capacity as a concerned citizen, a senior member of the Bar and a women's rights advocate, without commenting on the merits of the allegations. Considering that Ms. Jaising has been publicly vocal on the issue of due process of law in relation to the conduct of the in-house inquiry, the Chief Justice ought to have recused himself from hearing the matter," the statement read.

The PIL, resting on the petitioner's "reliable information" said that "despite recording serious acts of commission and omission by the Union of India in its order dated May 31, 2016 and order dated November 27, 2016, which led to the cancellation of FCRA certificate of Lawyers' Collective, the officers of the Union of India have deliberately not registered offences against the respondents under the respective criminal Acts for reasons best known to them".

Anand Grover is known for activism for the protection of rights of LGBT community, HIV/AIDs patients etc. He was the United Nations Special Rapporteur on the right to health from August 2008 to July 2014. He is currently and acting member of the Global Commission on Drug Policy. He had led the Naz Foundation's case in Delhi High Court which had decriminalized homosexuality  in 2009.