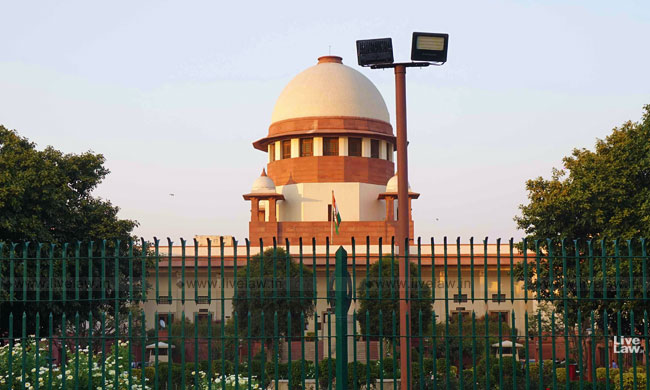 Consistent with its stand of destruction of evidence by the West Bengal police in the Saradha Chit Fund scam, the CBI on Monday said that despite having been handed over the complete Call Detail Records of the accused by the telecom operators, erstwhile Kolkata Police Commissioner Rajeev Kumar withheld portions of the same with an ulterior motive.

Solicitor General Tushar Mehta submitted that a perusal of the CDRs and the information from Vodafone has revealed that though the complete records were given by the mobile companies, they have been forwarded to the CBI in a redacted form.

The Supreme Court bench headed by Chief Justice Ranjan Gogoi granted time to Kumar to respond to the allegations.

Earlier this month, the CBI had sought for the vacation of the order restraining any coercive action against Kumar and to grant permission for "custodial interrogation". Accusing him of being non-cooperative, the federal probe agency had advanced that Kumar had to be interrogated to "unravel" the larger plot and the "money trail" in the scam. Last week, Kumar had filed an affidavit contending that the CBI is "targeting" him as part of a "larger conspiracy" by two BJP leaders.

In March, the CBI had moved the apex court against telecom operators Vodafone and Airtel for not sharing the CDRs of Saradha Group directors Sudipta Sen and Debjani Mukherjee. Appearing for Vodafone, Senior Advocate Mukul Rohatgi had argued that "everything has already been handed over" and that the probe agency's contention is incorrect.

The Solicitor General also submitted that that there was a state of absolute "anarchy" and "lawlessness" in the state of Wes Bengal. He highlighted the recent instance where the local police had allegedly harassed the custom officials at the Kolkata Airport when the latter attempted to check the luggage of the wife of TMC MP Abhishek Bannerjee (CM Mamta Bannerjee's nephew).

In response, Senior Counsel Abhishek Manu Singhvi had argued on behalf of the state government that the SG should abstain from feeding the media under the garb of making submissions.

In the wake of the face-off between the central agency and the West Bengal government on February 3, the former had prayed for the surrender of evidence and taking contempt action against the state police.

The Court had then directed Kumar "to appear and make himself available before the CBI and to faithfully cooperate at all times" in connection with the investigations into the Chit Fund scam. The bench had also issued notice to the Chief Secretary of the state of West Bengal, the DGP and the Police Commissioner on CBI's contempt plea, requiring the officials to file their responses.

On February 27, not convinced to act on the contempt petition, the Court had required the probe agency to file an affidavit furnishing substantive material to back its claims of tampering of evidence by the state police.

Later, perusing the CBI's latest status report, the top court was of the view that "very, very serious" revelations have been come to light upon Kumar's interrogation.