CBSE Certificates - 'Students May Fail To Notice Errors Due To Young Age & Inadvertence' : Supreme Court Calls For 'Different Approach' In Time-Limit For Changes/Corrections 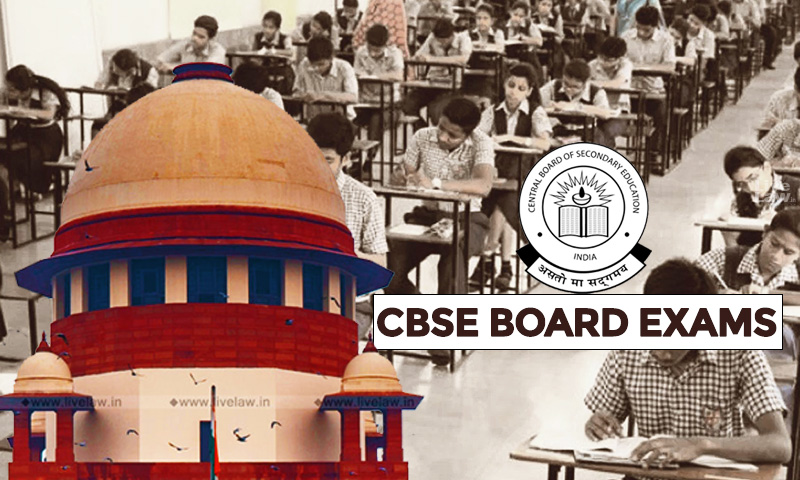 The Supreme Court has observed that there should be a "different approach" by the Central Board of Secondary Education (CBSE) in its time-limit for accepting requests from students for corrections or changes in the certificates.A realistic time for permitting corrections is very important, the Court observed. A 3-judge bench comprising Justices AM Khanwilkar, BR Gavai and...

The Supreme Court has observed that there should be a "different approach" by the Central Board of Secondary Education (CBSE) in its time-limit for accepting requests from students for corrections or changes in the certificates.

A realistic time for permitting corrections is very important, the Court observed.

A 3-judge bench comprising Justices AM Khanwilkar, BR Gavai and Krishna Murari was delivering judgment in a batch of cases which challenged the CBSE Bye-laws which imposed restrictions on the rights of students to seek changes or corrections in names, date-of-birth etc., in mark certificates.

"The limitation as regards maximum period upto which changes can be permitted also requires a different approach. Upon receiving the certificates, the student would naturally be put to notice of the particulars of certificates. Due to young age and inadvertence including being casual and indolent, a student may fail to identify the errors or to understand the probable impact of those errors and accordingly, may not apply for rectification immediately. It is also possible that a student may not have to use the certificates immediately after passing out and by the time she uses them, the limitation period for correction may elapse.

Therefore, a realistic time for permitting corrections is very important. Indeed, it can be commensurate with the statutory or mandatory period upto which CBSE is obliged to preserve its old record".

The Court observed in the judgment that the right to seek corrections in name and identity was part of fundamental rights under Article 19 of the Constitution. CBSE certificates are not serving mere educational purposes and are utilized for verifying identity of a person. While ordinary civil rights can be extinguished after the limitation period, can the same be said with respect to fundamental rights, the court wondered.

"In case of any ordinary civil rights, it is important that the action for enforcement of such rights is initiated in prescribed time and consistency is maintained, but is it permissible to say the same about fundamental rights?

We wonder whether after the lapse of prescribed time, let us say 3 years, there could beno reasonable and legitimate circumstances to warrant change of name", the judgment authored by Justice Khanwilkar observed.

As per the existing provisions, the applications seeking corrections/changes have to be made within 5 years after the declaration of results. The Court did not go deep into the issue whether exercise of fundamental rights can be foreclosed by prescribing a period of limitation. It has however asked the CBSE to amend its byelaws.

Balance tilts in favour of the student

"It would not be out of place to note that the two parties here –the Board and students – are not in an equal position of impact. In other words, the balance of convenience would tilt in favour of students. For, they stand to lose more due to inaccuracies in their certificates than the Board whose sole worry is  burden. The obligation of Board to take additional administrative burden is no doubt onerous but the propensity of a student losing career opportunities due to inaccurate certificate is unparalleled".

The Court has held the embargo in the bye-laws for name-changes post-declaration of results to be unreasonable. The Court issued a set of guidelines for recording corrections and changes in CBSE certificates, observing "name is an intrinsic element of identity".

Also Read other reports about the judgment :