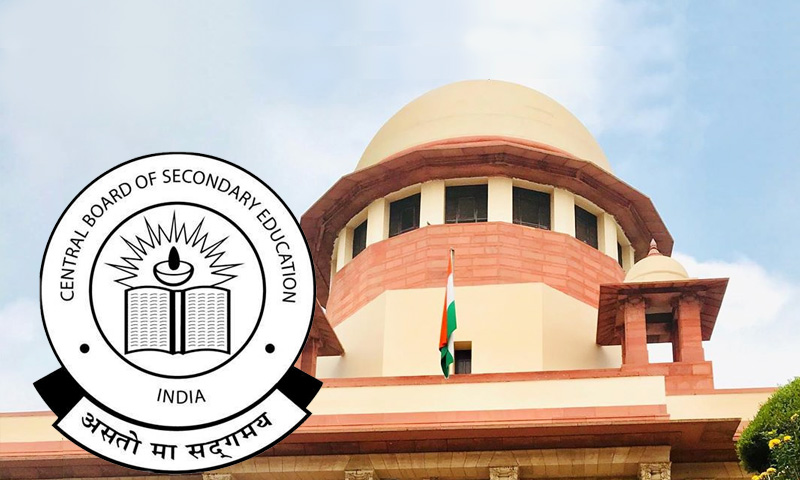 The Supreme Court on Friday took up for hearing, the petition against CBSE's decision to conduct compartment examination for students of classes X and XII, tomorrow.A bench of Justices AM Khanwilkar, Dinesh Maheshwari and Sanjiv Khanna directed the CBSE to file an affidavit in reply by September 7, clearly stipulating the scheme of the examination and the way it is to be conducted &...

The Supreme Court on Friday took up for hearing, the petition against CBSE's decision to conduct compartment examination for students of classes X and XII, tomorrow.

A bench of Justices AM Khanwilkar, Dinesh Maheshwari and Sanjiv Khanna directed the CBSE to file an affidavit in reply by September 7, clearly stipulating the scheme of the examination and the way it is to be conducted & listed the matter for further consideration on September 10.

The Advocate appearing on behalf of CBSE apprised the bench of the fact that all precautions were in fact being taken and that instead of approximately 500 centres till last year, 1200+ centres were set up for taking examinations. Moreover, only 12 students as against the earlier practice of 40 students in one classroom shall be present. The CBSE also stated that it shall release a scheme shortly.

In light of this, the bench directed the CBSE to place the scheme and affidavit on record by September 7 and listed the case for further hearing on September 10.

The plea has been filed on behalf of around 2,10,000 students who were placed in the compartment category, after CBSE declared the result for the said classes, based on an alternate evaluation method, in July this year.

The primary contention raised by the Petitioners is that it shall be impossible for CBSE to safely conduct the compartment examination amid the pandemic. They have also argued that since the compartment exams were not conducted in July, students have been unable to take admissions in Universities.

They have therefore sought a direction upon the CBSE to cancel the compartment exam and have prayed the Court to set aside its notifications dated August 6 and August 12, mandating compartment examination.

A similar plea was earlier filed before the Supreme Court which came to be dismissed with a direction to challenge the notification dated August 6, 2020, separately.

"A substantive petition needs to be filed to assail the August 6 CBSE representation. The CBSE has already given its reasons. You please file the Notification. We'll give you the liberty to do so," Justice Khanwilkar had said while dismissing the plea on August 20.

Accordingly, the Petitioners filed the instant plea, challenging the CBSE notifications. They have pointed out that the Board denied their request to cancel the compartment exams, giving a 'vague reason' that if compartment examination is cancelled then future of the 'other' 10th and 12th board examination students shall be affected.

"However it is submitted that CBSE did not clarify that how the students who does not belong to the compartment category will be affected if the compartment exam is cancelled," the plea states.

The plea urges the court to issue directions to CBSE to come up with a plan which shall ensure that neither the students are forced to appear in the compartment examination during the peak of COVID 19 nor students be forced to waste a whole year due to compartment in a single examination.

It is pointed out that the CBSE cancelled Board exams in March this year and the same benefit should be extended to the present Petitioners.