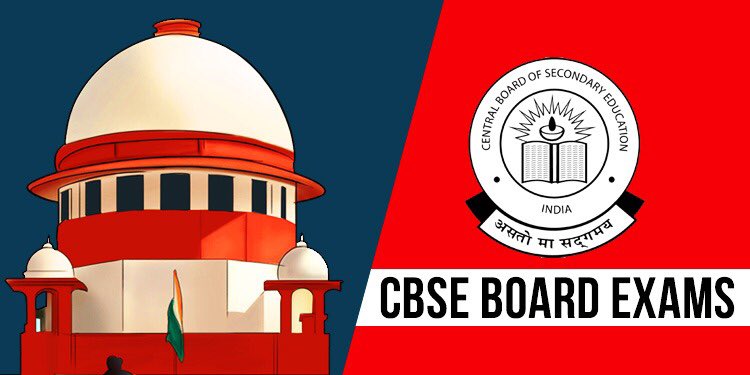 The Supreme Court on Thursday directed the petitioners challenging the CBSE's decision to conduct compartment examination for students of classes X and XII in September to serve the copies of the petition on the Union of India to consider their prayer for provisional admissions to Universities.

The bench comprising Justices AM Khanwilkar, Dinesh Maheshwari and Sanjiv Khanna then directed that the matter be posted next on September 14.

Today, Senior Advocate Vivek Tankha, appearing in one of the petitions, submitted that generally compartment exams are held before the college admissions.

"The most important thing is that if we don't get admission in colleges after the compartment exams are done, then our entire year gets wasted", he submitted.

"I want my Lord's empathy. Create some room for them to get admission. This is their first attempt. It's not their second or third attempt", he urged. He prayed that a direction be passed to give students provisional admissions in universities.

The bench then replied that notice will have to be served on all Universities for considering such a relief. At this point, Tankha suggested that the Union of India can issue necessary directions in that regard.

Accordingly, the Court directed that the copy of the petition be served on the Union of India.

On September 4, a bench of Justices AM Khanwilkar, Dinesh Maheshwari and Sanjiv Khanna had directed the CBSE to file an affidavit in reply by September 7, clearly stipulating the scheme of the examination and the way it is to be conducted amid the COVID-19 pandemic situation.

After that, the CBSE published the date sheet for the compartment exams for Class XII :

CBSE publishes date sheet for #CompartmentExam. SC had today sought @cbseindia29 response on how it plans to conduct compartment exam amid #Covid_19.#compartmentexam2020 pic.twitter.com/hkhfVt0bGN