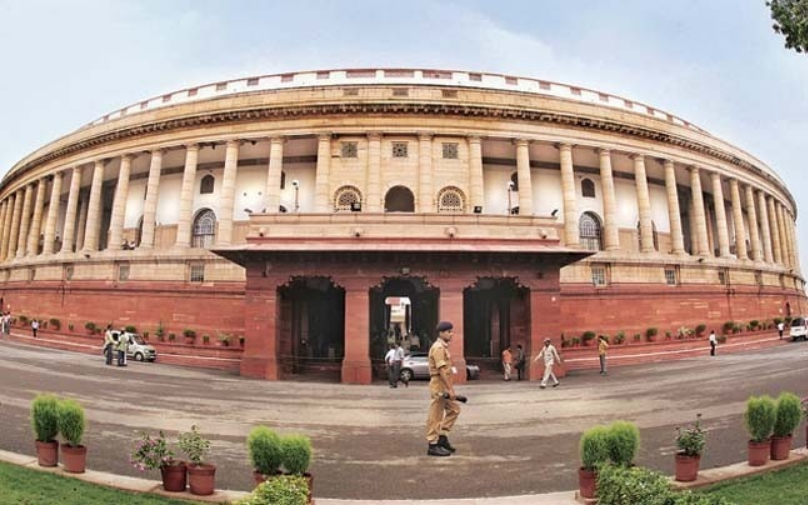 x
With the onset of the new year, here is a round-up of the laws that were notified in 2018:

With the onset of the new year, here is a round-up of the laws that were notified in 2018:The Prevention Of Corruption (Amendment) Act, 2018 (Act No. 16 of 2018)The Act amends the Prevention of Corruption Act, 1988. Here are some of the changes brought by the Act:• It makes bribery a direct offence, but a person who is compelled to give a bribe will not be charged with the offence if...

With the onset of the new year, here is a round-up of the laws that were notified in 2018:

The Act amends the Prevention of Corruption Act, 1988. Here are some of the changes brought by the Act:

This provision has been challenged before the Supreme Court by the Centre for Public Interest Litigation (CPIL), which has alleged that it dilutes the law. The petition alleges that the amendment is the third attempt by the Centre to introduce a provision which has already been held to be unconstitutional by the Apex Court twice.

The petition also challenges removal of Section 13 (1) (d) (ii) (criminal misconduct) from the Prevention of Corruption Act, which made it an offence for a public servant to abuse his position and thereby give some pecuniary or other advantage to anyone else.

Therefore, earlier, the abuse of position by a public servant resulting in obtaining anything valuable or pecuniary advantage for any person (including himself) was adequate to prove the offence of criminal misconduct. There was no need to prove bribery or quid pro-quo.

You may read: An Overview On The Prevention Of Corruption (Amendment) Act 16 of 2018 [Part-1] Section 7 by Justice V. Ramkumar

An Overview On The Prevention Of Corruption (Amendment) Act 16 of 2018 [Part-II] by Justice V. Ramkumar

When Repeal Comes In Disguise Of An Amendment by Amit Vashist

The Act replaces the Ordinance promulgated by the Central Government in April 2018, in wake of the public outcry over Kathua incident of rape and murder of a minor girl.

It makes the rape of a girl below the age of twelve years an offence punishable with death. To this end, it amends provisions of Indian Penal Code(IPC), Code of Criminal Procedure, Evidence Act and Protection of Children from Sexual Offences Act (POCSO).

The amendments to CrPC mandate completion of investigation within a period of two months, and bar grant of anticipatory bail to persons accused of raping minors.

The Bill was introduced in the budget session during March, in wake of the Nirav Modi-Mehul Choksi scam.

It allows a person to be declared as a fugitive economic offender (FEO) if: (i) an arrest warrant has been issued against him for any specified offences where the value involved is over Rs 100 crore, and (ii) he has left the country and refuses to return to face prosecution.

In order to declare a person an FEO, an application is required to be filed in a Special Court (designated under the Prevention of Money-Laundering Act, 2002) containing details of the properties to be confiscated, and any information about the person's whereabouts. The Special Court will require the person to appear at a specified place at least six weeks from issue of notice. Proceedings will be terminated if the person appears.

The Act also allows authorities to provisionally attach properties of an accused, while the application is pending before the Special Court. Upon such confiscation, the FEO or any company associated with him may be barred from filing or defending civil claims. This has been claimed as problematic, as barring these persons from filing or defending civil claims may violate Article 21 of the Constitution of India.

The Act also does not require the authorities to obtain a search warrant or ensure the presence of witnesses before a search. This removes the safeguards listed under other laws such as the Code of Criminal Procedure.

The effect of the amendment will be that the plaintiff can seek specific performance of contract as a matter of course, without having to prove special circumstances. The amendment also introduces the concept of "substituted performance", enabling a party to get the contract performed by a third party at the cost of defaulting party.

This Act introduced the second round of amendments to the Companies Act, 2013, with the first one being made in 2015. It broadly seeks to strengthen corporate governance standards, initiate strict action against defaulting companies and help improve ease of doing business in the country. Here are a few of the major changes introduced by the amendment:

The amendment introduces Section 143A in the principal Act for interim compensation up to 20% of the cheque amount to the complainant during the trial proceedings.

It also introduces Section 148 in the Act, empowering the appellate court to direct deposit of a minimum of 20% of the cheque amount in appeal by the drawer against conviction, within a period of sixty days. This amount can be released to the complainant and has to be returned to the accused if the appeal is allowed.

The Commercial Courts, Commercial Division and Commercial Appellate Division of High Courts (Amendment) Act, 2018 (No. 28 of 2018)

The Act lowers the pecuniary jurisdiction of Commercial Courts from Rs. 1 Crore to Rs. 3 lakhs. It also includes a special chapter, Chapter IIIA, to lay down procedure for pre-institution mediation and settlement of commercial disputes. All disputes, which do not contemplate urgent interim relief, have to compulsorily undergo this mediation process. Hence, a suit cannot be instituted without exhaustion of mediation process.

The Act clarifies that the changes will apply only to cases filed on or after the commencement of the amendment Act.

The hike will apply from the month of January, 2016, which makes it beneficial to judges retired recently, as well. The amendment, which is in line with the 7th Pay Commission for officers of all-India services, received President's assent on 25th January, 2018.

The amendment increases the ceiling of the amount of gratuity payable to employees from Rs.10 lakhs to Rs.20 lakhs. Under the Act, gratuity is payable on termination of employment upon an employee completing at least five years of continuous service.

It also amends the State Bank of India Act, 1955 to remove references related to subsidiary banks.

The Act was passed consequent to the Union Cabinet granting its approval in February 2017, which allowed the SBI to acquire these subsidiaries.

The Act provides for re-issuance of acquisition notice to the property owner (or a person interested in the property) by the Central government when acquiring a requisitioned property, in order to give them adequate opportunity of being heard. This would be irrespective of any past court orders or judgments setting aside any past notices for acquisition. However, the re-issuance of notice will not apply to cases where the compensation has already been awarded and accepted by the claimants.

The amendment further stipulates that in case where a notice has been re-issued, the property owner (or a person interested in the property) will be entitled to an interest on the compensation payable to them. The interest will be calculated for the period from when the first notice was issued till the date of the final payment of compensation. This interest will be the same as the annual rate of interest, prevalent at any relevant time, on the domestic fixed deposit offered by the State Bank of India.

Such enhanced compensation will be awarded only if: (i) the acquisition notice has been re-issued, and (ii) the land is being acquired for the purpose of national security and defence.

The amendments seek to simplify the procedure for filing returns, and raise the turnover threshold for composition scheme to Rs 1.5 crores. According to Union Minister Piyush Goel, the amendments will help MSME sector and small scale traders.

The Act replaces the Ordinance promulgated in November, 2017. Here are some of the changes introduced:

One of the most significant changes brought in by this amendment is that it recognizes home buyers, who have invested money in real estate projects for allotment of residential flats, as financial creditors.

It further states that a corporate rescue plan should get the approval of Competition Commission of India, if the plan contains a proposal for combination (as per sub-section(4) inserted in Section 31).

Additionally, the minimum percentage of votes in the committee of creditors for approval of resolution has been lowered from 75% to 66% as per amendment proposed to Section 12. Plus, the newly proposed Section 238A makes Limitation Act 1963 applicable to proceedings before the Adjudicating Authority, NCLAT, DRT and DRAT.

The Scheduled Castes and the Scheduled Tribes (Prevention of Atrocities) Amendment Act, 2018 (No. 27 of 2018)

The amendment inserts new section 18A, which does away with the court-imposed requirements of undertaking preliminary inquiry and of procuring approval prior to making an arrest. It also restores the unconditional ban on the grant of anticipatory bail in the event of arrest for an offence under the Act.

The amendment, in fact, expressly overrides any "judgment or order or direction of any court" in as much as it contains a non-obstante clause to that effect. This was an attempt at diluting the controversial verdict of the Supreme Court in Dr. Subhash Kashinath Mahajan v. State of Maharashtra & Anr.

It further asserts that in cases under the Atrocities Act, no procedure other than that specified under the Act and the Cr. P. C. shall apply.

The Constitution (One Hundred and Second Amendment) Act, 2018

This commission is supposed to have a chairperson, vice- chairperson and 3 other members, and is expected to hear the grievances of socially and educationally backward classes, a function discharged so far by the Scheduled Castes commission.

Giving constitutional status to the OBC Commission empowers it to hear grievances and their redressal—powers that had been lacking up until now.

The Act also transfers RBI's share capital in NABARD to the Central government. The original Act had prescribed that the Centre and the RBI together must hold at least 51% of the share capital of NABARD.

It further extends the provision of credit and other facilities by NABARD to enterprises with investment upto Rs. 10 crore in the manufacturing sector and Rs. 5 crore in the services sector. Earlier this provision was limited to industries having an investment of upto Rs 20 lakh in machinery and plant.

The Act asserts that homeopathy medical colleges set up or opened new courses before the amendment have to take recognition from the central government within a year. If they fail to do so, the medical qualifications granted to students will lose recognition under law.

The Act establishes a National Sports University, which will be headquartered in Manipur. The University will undertake research on physical education, strengthen sports training programmes, and collaborate internationally in the field of physical education.

The Act establishes the Indian Institute of Petroleum and Energy, Vishakhapatnam, Andhra Pradesh, and declares it an institution of national importance. The Institute aims to provide high quality education and research focussing on the themes of petroleum, hydrocarbons and energy.

The Act consolidates laws relating to forests, transit of forest-produce and the duty to be levied on them. It also amends the definition of "tree", to exclude the word "bamboos". Consequently, felling or transportation of bamboos growing in non-forest areas will not require any permits.