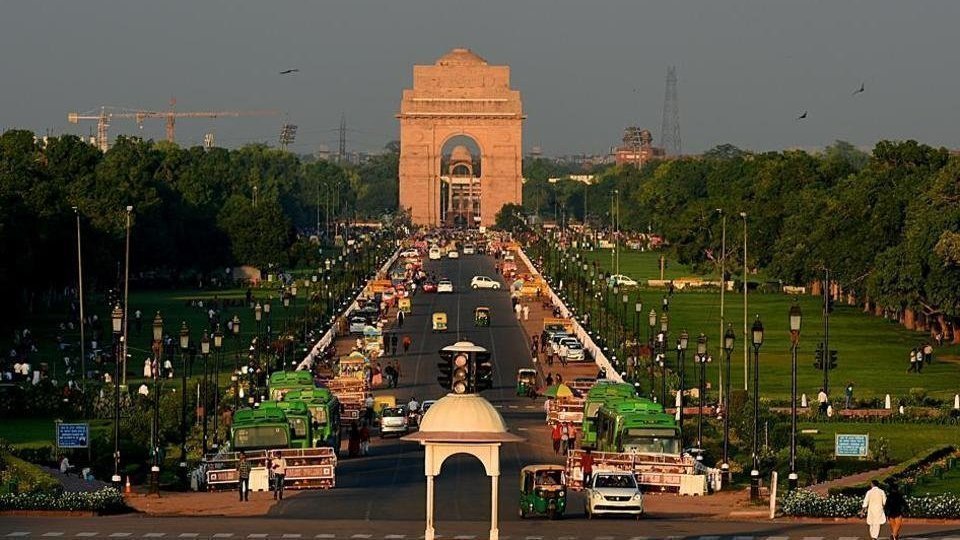 The Supreme Court on Thursday disposed off the petitions challenging change in land use of plot number 1 of the Central Vista Project, adding that it will be taken up at a later stage as the decision on its usage had not yet been taken by the Government.

"It is not in dispute that the final decision regarding change of land use in respect of Plot No.1 has not been taken by the competent Authority thus far. As and when the decision is taken, it will be open to the petitioner to challenge the same, if so advised, on grounds raised in this petition or any other ground as may be permissible in law" - Supreme Court

A bench of Justices AM Khanwilkar, Dinesh Maheshwari & Sanjiv Khanna also heard arguments pertaining to challenge of the change in land usage for plots 2 to 8 and directed the Central Government to reply on September 1.

The court is hearing plea(s) seeking quashing of the approval of the government's proposal to construct a new Parliament by the Central Vista Committee in April on 3 issues, vis-à-vis change of land use, violations of municipal law, violations of environmental law.

On July 29, top court had allowed the filing of a writ petition under Article 32 of the Constitution challenging the Environmental Clearance granted on June 17 for the construction of a new Parliament building as part of Union Government's ambitious Central Vista Project.

The two pleas already before the top court contend that 20th March notification of the Government, which supersedes a Public Notice issued by the Delhi Development Authority (DDA) on 19 December, 2019, is a subjugation of the Rule of Law and judicial protocol as the 2019 notice is currently sub judice before the Supreme Court.

The bench thereby expanded the scope of hearing to include the issue of Environmental Clearances granted on June 17 & stated that it shall hear the issues pertaining to land use in the week commencing August 17.

In March, the Supreme Court had transferred to itself the petitions pending in Delhi High Court challenging the Central Vista Project.

On July 22, the Central Public Works Department had filed an affidavit stating that a new parliament building was necessary as the existing building was old, unsafe and packed to capacity.

On March 20, 2020 the Centre notified a change in land use pertaining to approximately 86 acres of land in the heart of Lutyens Delhi, marked by structures like the Parliament, Rashtrapati Bhavan, India Gate, North Block and South Block amongst others. The same petitioner then moved the Apex Court with a fresh plea against the Centre's notification.

Urging the Court to quash the March 2020 notification issued by the Ministry of Housing and Urban Affairs, the instant plea avers that the decision was in violation of a citizen's extended version of Right to Life guaranteed under Article 21. Calling it a brash move, the plea claims that it would deprive people of enjoying highly treasured open and green spaces.

"(The notification) is violative of Article 21 of Constitution of India and, violates the extended version of Article 21 the Right to life, guaranteed by the Constitution of India. That Respondent No. 1 brashly issued Notification No. SO 1192 (E) dated 20th March 2020, changing land use, which will deprive residents of Delhi and citizens of India a vast chunk of highly treasured open and green space in the Central Vista area, available for public, semi-public, social and recreational activity, stands against Article 21, Right to Life the right to enjoyment of a wholesome life."

The plea further invokes Article 49 of the Constitution to assert that the State is obligated to protect places and objects of national importance. Citing the Public Trust Doctrine to buttress this point, the plea urges that it is "upon the State to protect such resources for the use of the general public, rather than to permit it only for use of a certain class or section of the people."

On 19 June, the Central Government informed the Supreme Court that it could not give an assurance that no work on the ground would be done with respect to the Central Vista project, despite Hegde submitting that administrative clearances were being given, with no objections. The Bench, however, raised the question whether the Apex Court could restrain the authorities from acting as per the law.