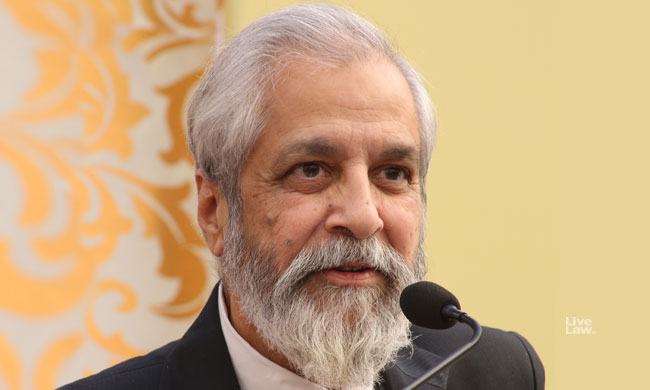 Former Supreme Court judge Justice Madan B Lokur opined that the Central Government is not entitled to pick and choose names by segregating the resolutions made by the Supreme Court collegium. He added that it is unfair on the part of the Centre to keep certain collegium proposals pending.

The retired Supreme Court judge was speaking in an interview with Manu Sebastian, the Managing Editor of LiveLaw, on the topic of judicial appointments. Responding to a query regarding the recent trend of Centre selectively keeping certain proposals pending, Justice Lokur said :

"There are rumours of speculations as to why the government is taking so much of time, why are they taking up some and not the others. Is there some kind of favouritism, nepotism?Why is all this such a big secret? You have heard cases right here in Delhi where names have been sent, two people were picked up and other six were not picked up and two of them were appointed. Then after that, another four were appointed and two were not appointed. And then after that, another two were appointed. Why? Chief Justice Lodha had said at one point of time that don't segregate the names. What is actually being sent is one recommendation which consists of five names or 10 names. There is a reason for the order in which they are sent, the order could be seniority or probably the date of registration as a member of the bar Council. Now you disturb that because you segregate. That is like telling the collegium that 'listen, we don't care what you think, we will do what we think and there is nobody to question'. The Supreme Court collegium is to then keep quiet and says that 'okay, you are entitled to segregate'. No, but you're not entitled to segregate! It is one recommendation. You either accept it in the full, defer it in the full or reject it in the full . It affects the overall seniority of the person, don't piecemeal to pick up one person from here or there, it gives rise to rumours and speculations. Why should that happen?"

On Centre sitting over collegium resolutions

Justice Lokur criticised the practice of the Centre sitting over collegium resolutions. He noted that certain names which have been reiterated by the collegium more than once have been ignored by the Centre, although as per the judicial precedent, the collegium reiterations are binding on the executive. Even when the names are returned, there is no way to know the reasons.

"If the government tells the Supreme Court collegium that we are returning these names for reconsideration or whatever, why are they sent back? Do we know? Except speculation, not even speculation, there is no way to understand why they are returning the names. You can't even speculate on that. The Supreme Court then sends it back, reiterates the name. The government sits on it for months all together, in some cases, for years together. Why are we not entitled to know these things? Is this the way the government wants to treat the Supreme Court of India- that 'we don't care what you recommend, we will do what we want'? Should we tolerate this, should we accept this? Can they say that 'Supreme Court, you can say whatever you want, but we will do what we want, we don't care'? I don't think that is fair to the judiciary, I don't think that is fair to the justice delivery system, to the institution, to the country that you treat our Supreme Court in this manner. You can't treat the Supreme Court in this manner, let's be clear about this"

Other excerpts from the interview

To what extent the collegium deliberations should be transparent?

Reasons should be given for selection

Justice Lokur : With regard to persons not being recommended, should the reasons be given? I don't think reasons should be given. That is a matter of privacy, reputation of the person involved, there could be a variety of factors why a person who has not been recommended. But when you have two people who are outstanding, why have you selected one and not selected the other- the reason for selecting should be made known? That can only be made known if there is any criteria which is laid down. And there is no criteria which is laid down. The only criteria is of age and in the case of high courts, the criteria is also of income. But there is no other criteria for High Court judges nor is there for a Supreme Court judge. So it is alright to say that we are selecting the best. Of course, you are selecting the best. But what about those who are better than the best? What is the reason for not selecting those who are better than the best? We have had instances in the past- Justice Kureshi is one example. How come he was not selected? That is an area where we need to know, where the people need to know, particularly those in the legal fraternity, that why are those who are better than the best not being selected, recommended?.

Court should evolve a criteria for selection

Justice Lokur: I think the time has come for the Supreme Court to sit down, deliberate and decide the criteria. In England, they have published the criteria. So now with these controversies coming up, I think we need to have a rethink and publish a criteria so that these rumours speculations don't arise at all. It is not good for the institution"

What could be the criteria for selection?

Justice Lokur: The performance of the person, as a judge, there are two things that are involved- one is the judicial performance and the second is the administrative performance. You have committees in every High Court and even in the Supreme Court. Now a judge, depending upon the seniority, may become the chairperson of NALSA, or may become the chairperson of the Supreme Court legal services committee or may be involved with the national judicial Academy, or some other project like I was involved with the E-courts project, I was involved with the juvenile Justice management, mediation. If a person who lacks administrative skills is made the chairperson of NALSA or some other committee, it won't help that committee. It will not help that organisation or institution. So I think administrative work should be taken into consideration plus the judicial work.

Full interview can be watched here :