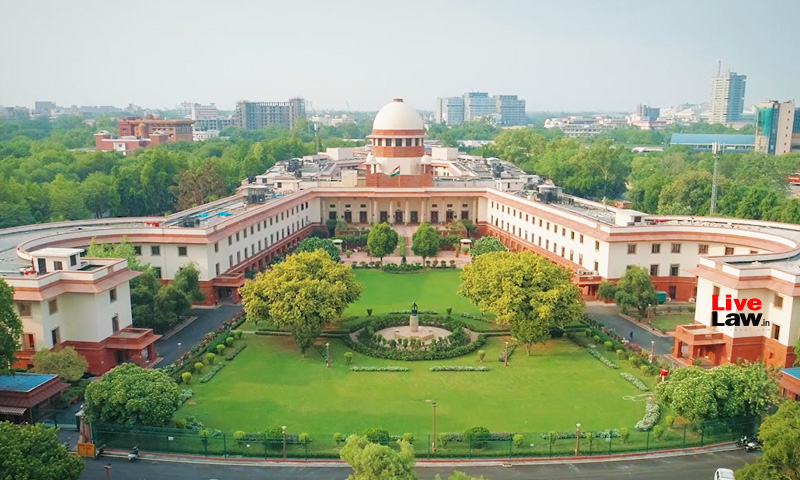 Signifying a strong intent to clear the mounting vacancies of judges in High Courts -which is at a worrying figure of nearly 50% of sanctioned posts- the Supreme Court collegium has been making several recommendations of late with increased frequency. Recently, the Chief Justice of India NV Ramana said that the collegium has made nearly 106 recommendations for High Court judgeships since May....

Signifying a strong intent to clear the mounting vacancies of judges in High Courts -which is at a worrying figure of nearly 50% of sanctioned posts- the Supreme Court collegium has been making several recommendations of late with increased frequency. Recently, the Chief Justice of India NV Ramana said that the collegium has made nearly 106 recommendations for High Court judgeships since May. 68 of those names were finalized by the Collegium in its meetings held in August-September.

The past few days have witnessed a spate of notifications being issued by the Central Government to clear some of those recommendations. A noticeable feature of the recent notifications is the rising trend of the Centre splitting up the collegium recommendations to clear certain names, while withholding approval of certain other names mentioned in the same Collegium resolutions.

On August 21, while clearing the appointments of 5 judicial officers as judges of the Calcutta High Court, the Centre ignored three other names which were proposed in the same Collegium resolution.

On October, 6, the Centre notified the appointment of Advocate Basant Balaji as an additional judge of the Kerala High Court, while the three other names recommended along with him by the Collegium await clearance.

On October 11, while notifying the appointments of 5 new judges(3 advocates and 2 judicial officers) to Rajasthan High Court, the Centre ignored the names of one advocate and one judicial officer proposed in the very same Collegium resolution.

On October 12, the Centre cleared the names of 8 advocates as judges to Allahabad High Court, out of the 13 names of lawyers proposed by the Collegium for elevation.

On October 14, Centre notified the appointments of three judges to Patna High Court, out of the 6 names recommended by the Collegium.

On October 14, the Centre cleared only two out of four judicial officers recommended by the Collegium for elevation to Bombay High Court.

The segregation of names was done in the case of collegium reiterations as well, which are binding on the Centre. On August 24, the Collegium had reiterated the names of three judicial officers for elevation to Allahabad High Court. However on October 14, the Centre cleared only one name.

Splitting up of collegium recommendations - an exception becoming a norm

It may be recalled that when the Centre unilaterally split up the collegium resolution in 2014 to withhold approval for the name of Senior Advocate Gopal Subramanium for elevation as a Supreme Court judge, it had generated widespread criticism, as it was seen as an unprecedented deviation from the settled practice.

In an assertive move, the then Chief Justice of India RM Lodha had conveyed his strong disapproval of the segregation of Subramanium's name done by the Centre without consulting the CJI.

"I don't approve of segregation of proposal without my knowledge and concurrence…In future, such a procedure of unilateral segregation should not be adopted by the Executive", the then CJI Lodha had written to the then Law Minister Ravi Shankar Prasad.

A glaring example of the splitting up of the collegium resolution is the case of Justice KM Joseph. In April 2018, the Centre selectively approved the name of Indu Malhotra for elevation to Supreme Court, while sending back the name of Justice KM Joseph, whose name was forwarded in the same collegium resolution. This move of the Centre came under widespread condemnation by several senior members of the bar and judges. That Justice KM Joseph had delivered a judgment against the ruling party while being the Chief Justice of the Uttarakhand High Court added to the perception that the segregation of his name was motivated by extraneous factors.

"What has happened to Justice Joseph goes against the very concept of the primacy of the collegium. The Collegium is the final arbiter of judicial appointments. This [segregation of Justice Joseph's file without consulting the CJI] is something not permissible," ex-CJI Lodha had responded to the development.

The segregation of the Collegium resolution will affect the rightful seniority of a judge. Again, Justice KM Joseph's case is an example. The Centre ultimately cleared his name in August 2018, after the reiteration by the Supreme Court collegium. But he had to take a lower seniority position when compared to Justice Indu Malhotra, with whom his name was initially proposed by the Collegium.

Explaining how this amounts to 'tinkering' of seniority, ex-CJI Lodha had commented :

"When we send the names of judges, and when it is more than one, the collegium takes many factors into consideration. One of which includes who all the collegium feels fit to become CJI in due course of time. So when the list is prepared, serial numbers of 1, 2, 3, 4 are given to the names recommended to the government. These serial numbers are given to indicate who is to remain senior to whom, who is to become CJI, etc. So if the government is segregating names, it is tinkering with the list the collegium sent".

Another example can be Justice PV Kunhikrishnan of Kerala High Court. In November 2018, the Centre had withheld approval for his name, while clearing four other names proposed in the same Collegium resolution. Although the Supreme Court collegium reiterated his name in February 2019, the final clearance from the Centre came after one year, in March 2020. During the swearing-in ceremony, Justice Kunhikrishnan commented about the agonizing wait. He said, "waiting for two years is really disturbing, especially when you are not aware about the reason for the delay in the appointment".

Likewise, there are several other cases of judges taking lower seniority position after months (and in certain cases years) of agonizing wait, after the Centre selectively segregated their names out of final Collegium resolutions.

In November 2019, the then CJI Ranjan Gogoi had expressed his unhappiness over the Centre splitting up collegium resolutions.

That the segregation of names out of Collegium resolutions, which was an exception once, is becoming a regular practice is a worrying trend, especially due to the secrecy surrounding the process. This gives room for arbitrariness and also for targeting of persons, who may have given adverse judgments or have taken ideologically opposite positions against the executive. It is not known if the recent instances of segregation were preceded by any consultation with the Collegium, or if they were unilateral actions by the Centre. The public are kept in the dark about the reasons for segregation and the responses of the Collegium to the same.

Another cause of concern is the non-finalization of the Memorandum of Procedure for appointment of judges, after the striking down of the NJAC six years ago. There should be a clearly defined criteria, which can offer guidance on the circumstances in which the segregation of names can be made in exceptional circumstances. Unilateral and arbitrary segregation of names impinge on judicial supremacy in judges appointments(which was reaffirmed in the NJAC judgment) and demoralize judgeship aspirants.

Also Read : 4 Years Of NJAC Judgment : Where Is The MoP For Judges Appointment?[2019 article]