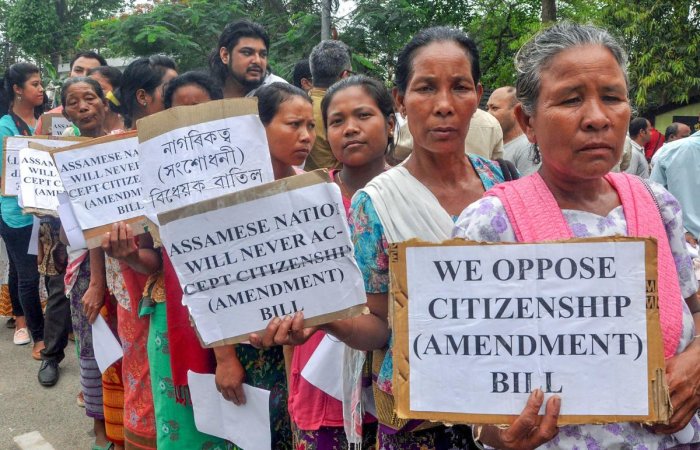 The contentious Citizenship Amendment Bill 2019 has now become an Act with the Centre notifying it in the official gazette late night on Thursday, following the assent granted to it by  President Ram Nath Kovind.

The bill was cleared by the Rajya Sabha with 120 supporting votes and 105 opposing votes on Wednesday. The Lok Sabha had passed it on Monday with 311 'ayes' and 80 'noes'.

The controversial law liberalizes the grant of citizenship for non-Muslim migrants from Pakistan, Bangladesh and Afghanistan who had entered India before December 31, 2014. As per proviso introduced in Section 2(1)(b), they will not be regarded as 'illegal migrants'.

North eastern states of Assam, Tripura and Meghalaya are witnessing violent protests against the Act . Curfew is in force in many regions.  Internet shutdown has been imposed. Rail and air connectivity to these regions have also been snapped.

This Act makes migrants belonging to Hindu, Sikh, Buddhist, Parsi, Jain and Christian religions from Pakistan, Bangladesh and Afghanistan eligible for citizenship by naturalization if they can establish their residency in India for five years instead of existing eleven years.

Regions of north east which come under Schedule 6 of the Constitution are exempted from the application of the Act. Also, the areas covered by 'Inner Line Permit' under the Bengal Eastern Frontier Regulation 1773 are also excluded from the Act.

However, major portions of Assam and Tripura come under the present Act.